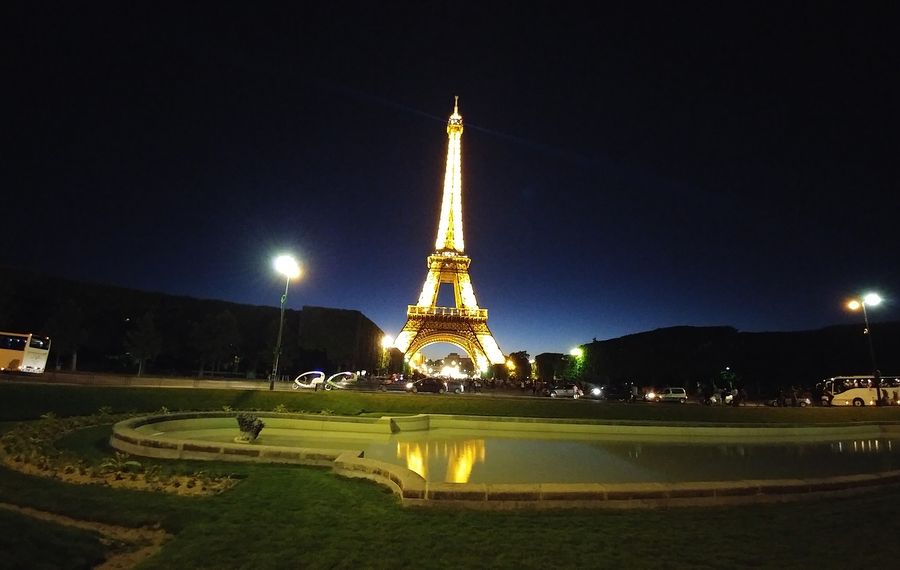 Impression: A Sensory Feast. Upon entering the canopy of greenery, trees and shrubs on a recent morning in late May, I am met by a sensory explosion of colors and fragrances in the Monet Foundation’s Gardens at Giverny. Dewdrops cling to leaves and petals glistening in the morning sunlight. There is the surreal feeling of having climbed inside a Claude Monet oil painting.

The artist who took the world by storm and helped a movement with his painting Impression: Sunrise exhibited in 1874 lived at Giverny, northwest of Paris, for more than 40 years in a farmhouse surrounded by the landscaped Japanese gardens he created, complete with ponds anchored by bridges and waterlilies. The grounds with weeping willows, bamboo and flowers everywhere were the frequent subject of his works until his death in 1926. Not surprisingly, Giverny has become a mecca for artists, gardeners and horticulturists who flock to it April through November.

Giverny was the highlight of my trip to France featuring Paris and Normandy and was No. 1 on my France “bucket list” to experience while there. Naturally, a trip to Paris evokes romantic images of the Eiffel Tower in its grandeur, strolling hand in hand along the Champs-Elysées and touring the Louvre with its bountiful treasures. Add a river cruise that meanders along the Seine and features, along with the awe-inspiring stop at Giverny, several visits to the City of Light to cultural and historical landmarks and the iconic beaches of Normandy. Add two nights in a Paris hotel to further explore and a dream vacation it is.

As a veteran of several ocean cruises and a European bus tour, I felt secure in what to expect while on this trip and was rewarded by the comfortable, secure accommodations aboard the ship. The cruise also provided helpful information and attractive optional tours led by French guides who were knowledgeable about France and its people. 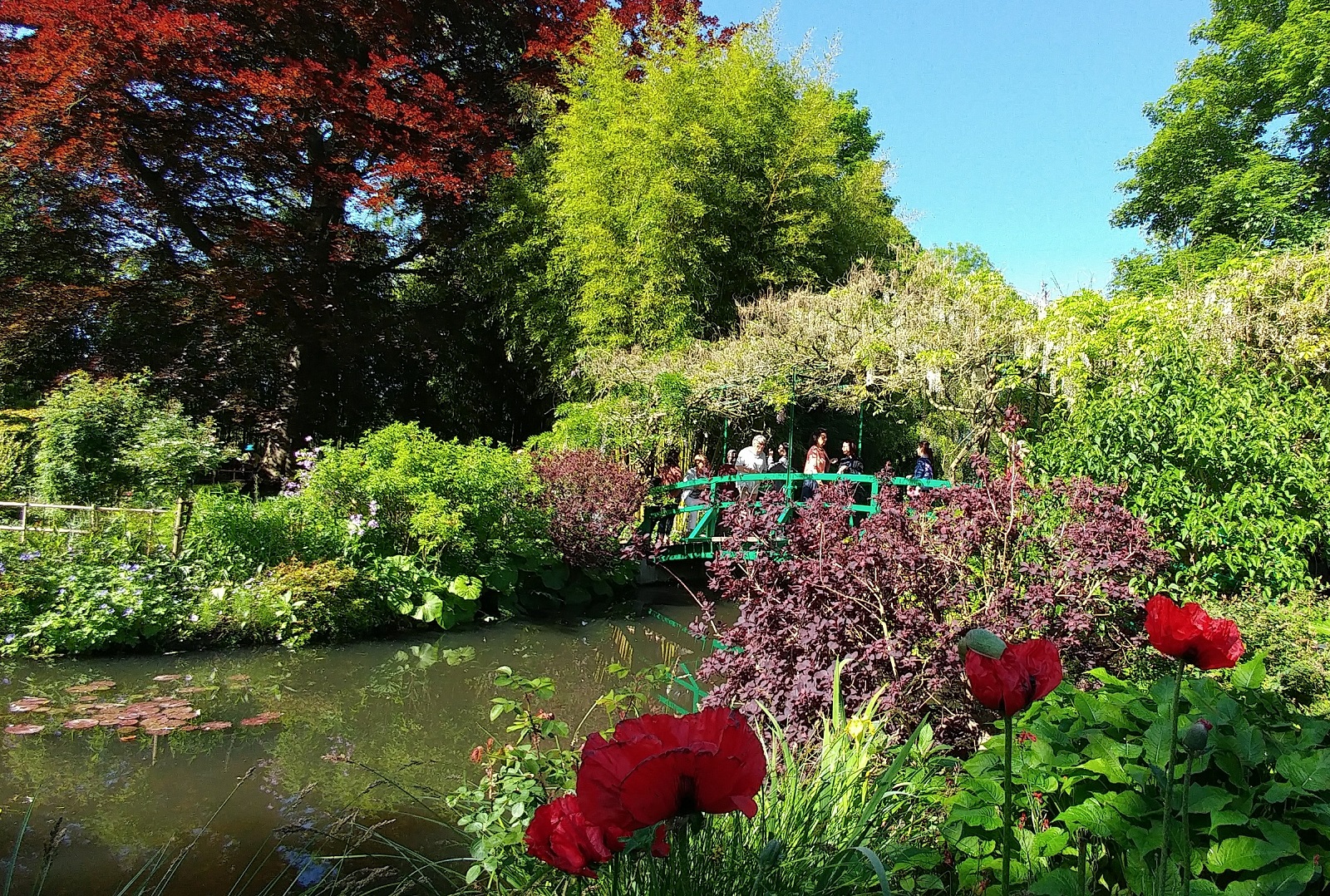 Travel to Paris would not be complete without checking out bohemian artist enclave Montmartre and the Shakespeare and Company bookstore. Check and check again. There was also what promised to be a memorable daylong pilgrimage to the beaches of Normandy to pay tribute to the soldiers who make possible the freedoms Americans often taken for granted. Because my husband Karl accompanied me and we were celebrating a milestone wedding anniversary, I add to the list his items, the Palace of Versailles and the Louvre to stand before the Mona Lisa.

At the hectic Charles de Gaulle Airport we are glad to be picked up by the cruise company and whisked back to the long ship docked on the Seine west of Paris, welcomed with brunch, then, it’s time to explore. Paris beckons to those who wish to trek out on their own, but for those who prefer to wait until refreshed the next day, there is a guided tour. For such an ancient, teeming city (population in the greater metropolitan area is about 10 million), Paris is remarkably walkable. The River Seine divides the city into the Left Bank (Rive Gauche), the Right Bank (Rive Droite) and swirls about two islands rising from city center, the Ile de la Cité and the Ile St. Louis. Thirty-two bridges straddle the Seine weaving together the river banks and islands for easy access to all destinations.

Throughout the one-week cruise, shuttles are provided to Paris and the sites along the 428-mile River Seine, France’s busiest waterway, offering day trips and a birds-eye view of life along its banks. By turns, the ship sails to Vernon, Rouen, Les Andelys, Mantes Jolie and circles back to Le Pecq, a western suburb of Paris.

The glorious Eiffel Tower and Hotel de Ville, Paris’ city hall, with its carousel in the square, are on the Left Bank. Past the Seine, spires rise from the looming 12th century Notre Dame Cathedral, Sainte-Chappelle, medieval Conciergerie and infamous Palais de Justice, prison for those about to meet their fate with the guillotine in France’s revolution. All are reached fairly easily on foot. The Shakespeare bookstore is located near Notre Dame Cathedral and sells English language books. It has become a tourist attraction in its own right due to its famous literary ex-pat clientele after World War I, including Ernest Hemingway and Gertrude Stein.

The Right Bank is home to the Champs Elysées, Arc de Triomphe, Louvre and the artsy Montmartre with its Sacré Coeur Basilica and the famous Moulin Rouge cabaret, home of the Can-Can. The Palace of Versailles in all of the golden glory of King Louis VIV, the Sun King, is located southwest of Paris in the town of Versailles and is reached by bus.

The Normandy beach trip includes the Battle of Normandy Memorial Museum where visitors may watch educational videos and have a close look at period military uniforms, weaponry and battle displays. Approaching our destination, we contemplate the looming 73rd anniversary of the Allied D-Day invasion of June 6, 1944 that began the end of World War II. Tributes line the route from Arromanches to Omaha Beach. German bunkers stand at the ready at the Longues-sur-Mer Gun Battery also called “Batterie Allemande.” Long barreled guns point eerily at Omaha and Gold beaches, two of the five beaches that were the sites of the D-Day landings. A somber stop at the American Cemetery offers a view from a grassy hilltop, sweeping down to Omaha Beach where many Americans lost their lives in the first waves of the amphibious attack when they were cut down from above. Nearby, more than 3,000 white crosses interspersed with the occasional Star of David stand in symmetrical formation, honoring those Americans who never made the journey home. 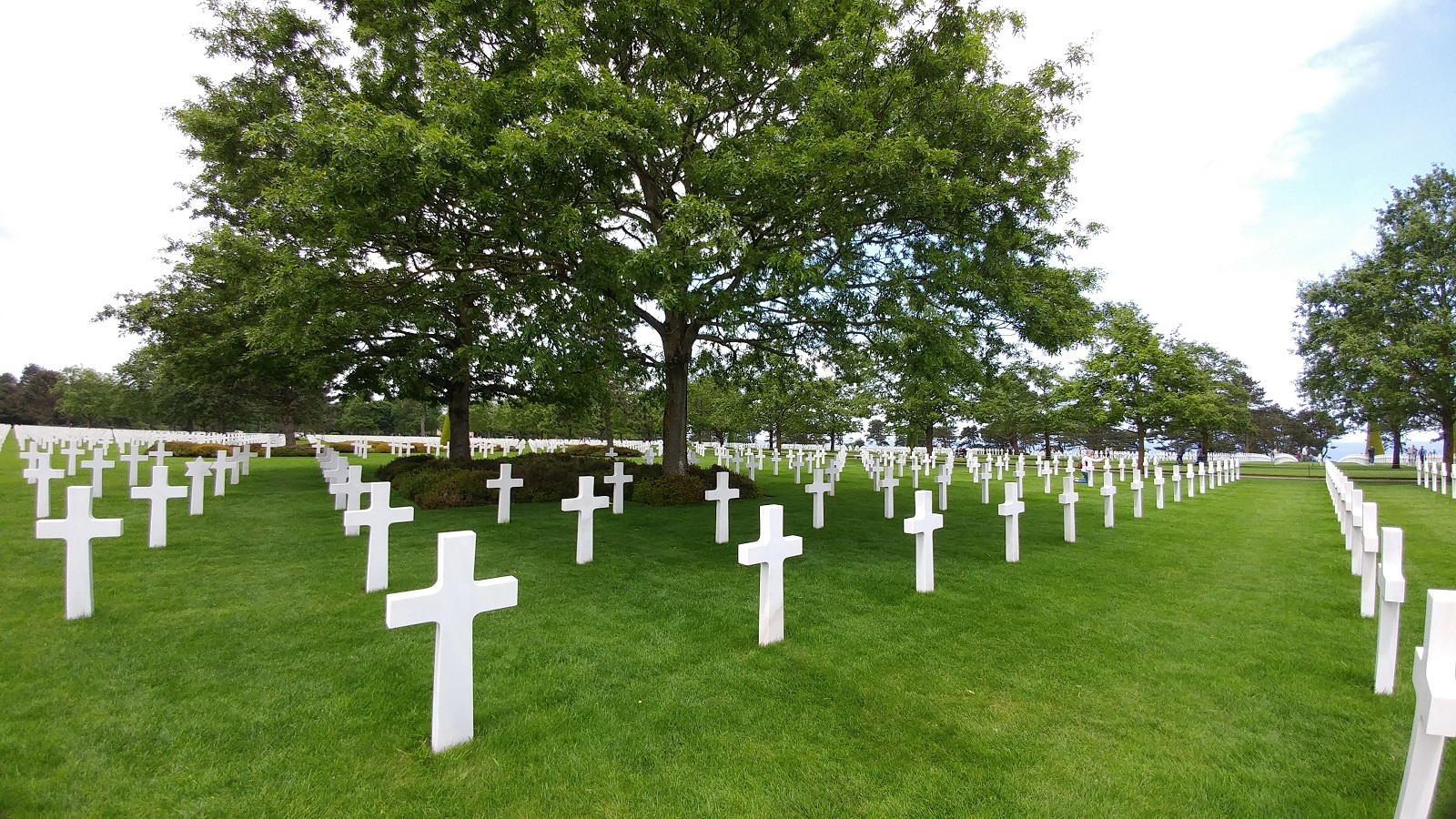 The American Cemetery at Omaha Beach in Normandy. (Photo by Eileen Hotho)

Though not on my list, I found Normandy’s capitol city of Rouen intriguing for several reasons. One was that Monet painted its cathedral 30 times, from several vantage points and at different times of day to create variations in shadow and light. Rouen was also the site of the trial and execution of Joan of Arc (a modern sculpture resembling a stake topped by a cross marks the saint’s last stand). Lastly, Rouen’s cathedral is the final resting place of England’s King Richard the Lionheart’s heart. He is revered in France as a Duke of Normandy and builder of several local castles that have survived over time. One of them, the Chateau La Roche Guyon in Les Andelys is still home to descendants of Richard’s royal family. The Chateau is also notorious for another one-time inhabitant. From its high round tower, Nazi General Erwin Rommel monitored the allies’ arrival on the beaches of Normandy.