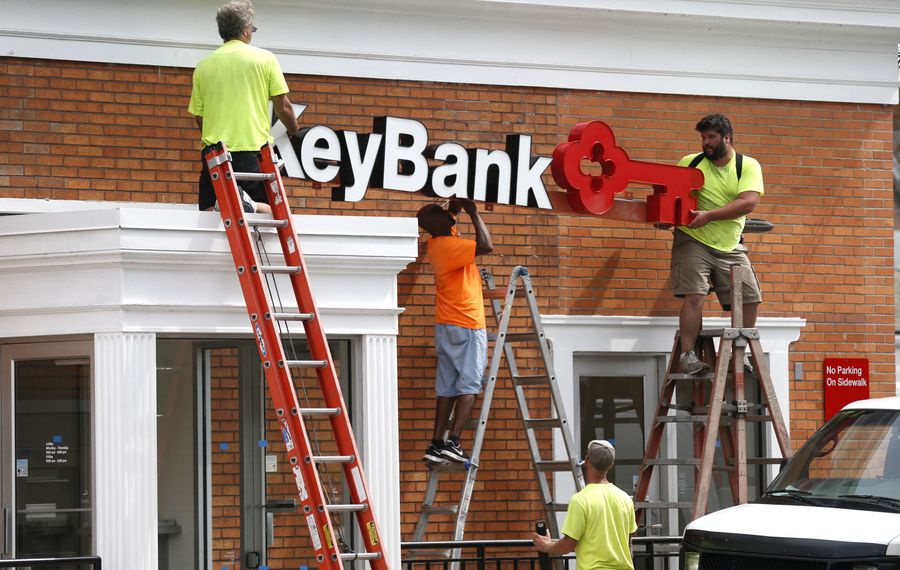 Tuesday is a big anniversary on KeyCorp’s calendar: one year since its colossal deal for First Niagara Financial Group took effect.

On Aug. 1, 2016, the Buffalo Niagara region effectively said goodbye to a locally based institution that had grown far beyond its humble Lockport roots, and hello to an expanded version of a Cleveland-based bank that was already operating here.

Key made a lot of pledges on its way to finalizing the $3.6 billion deal: to employees, to communities where it would expand or enter and to skeptical investors. Key executives, led by chairman and CEO Beth Mooney, have steadfastly defended the acquisition, which propelled Key into the ranks of the top 20 U.S. commercial banks and, locally, elevated the bank to No. 2 in deposit market share behind leader M&T Bank.

“As I look at it, for a one-year-later report card, I’m incredibly pleased, but I’m also conscious our work is not done,” Mooney said.

A year after the deal was completed, how have Key’s plans played out?

When Key emerged as the buyer for First Niagara, the top local worry was jobs. The fear was Key would sweep away First Niagara’s corporate office jobs in a cost-saving maneuver and sharply reduce the local workforce through branch closings.

But even before Key completed its deal for First Niagara, Sen. Charles Schumer, D-N.Y., and Rep. Brian Higgins, D-Buffalo, said they had reached an agreement with Mooney to protect jobs.

Specifically, the agreement said all Key and First Niagara employees would be offered a comparable job with the combined bank. And by 2021, Key would have at least the same number of employees in upstate as the two separate institutions had – 6,117 – and that the agreement would pave the way “for further investment and even higher employment numbers as KeyBank continues to grow.” 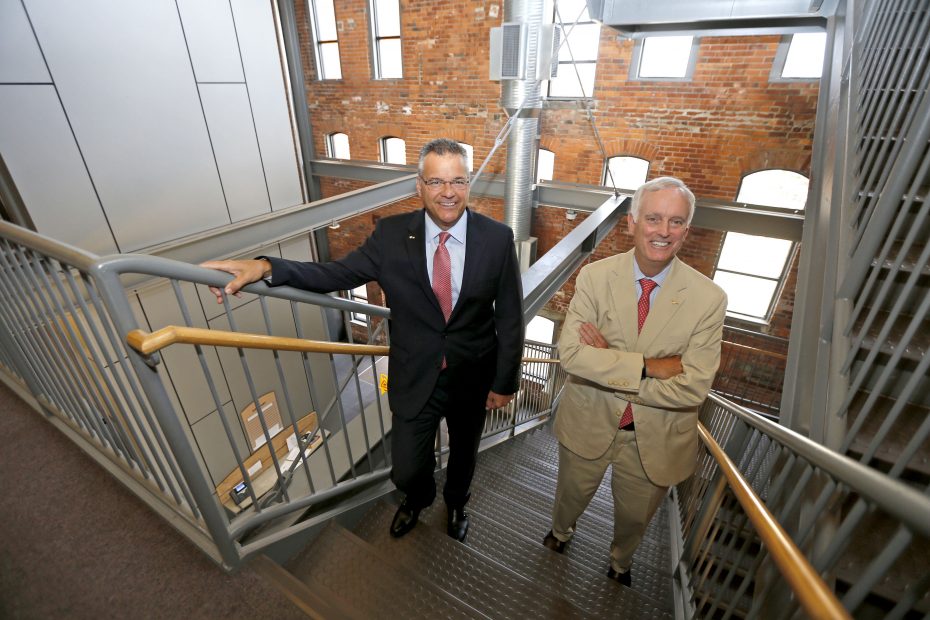 The agreement acknowledged there might be “fluctuations” in the footprint of the combined banks in the next few years, but said the number of employees laid off due to the transition would not exceed 250 in the state.

So how large is Key’s Western New York workforce? The bank won’t say.

“We’re still not at a point where we would disclose the specific job numbers,” said Gary Quenneville, Key’s regional executive for upstate New York. “But (we’re) clearly on track and focused on meeting our commitments, not only in Western New York, but in New York State as a whole.”

In its latest earnings report, Key said it had an average of 18,344 full-time equivalent employees companywide as of June 30. That was up 4,954 positions, or 37 percent, from the same date a year earlier. Schumer said he is continuing to monitor Key’s progress.

How Key brought First Niagara deal to the finish line

The branch network was bound to shrink. Some First Niagara and Key locations were simply too close to each other – across a parking lot, even – to justify keeping all. As a result of the consolidation, 70 First Niagara branches and 36 Key branches were shut.

Of the 106 branches closed, 22 were in Western New York. They shut down between early October and early December, and five are now spoken for, including some by competitors. “There’s been pretty good interest in those buildings,” Quenneville said.

In addition to the branches that closed, 18 First Niagara branches were sold to satisfy federal regulators’ concerns that the Key-First Niagara deal wouldn’t hurt competition. Northwest Bancshares scooped them up for $78.2 million, and as a result, jumped to No. 4 from No. 7 in deposit market share in the Buffalo Niagara region.

Key endured a rocky patch in the first several days after converting First Niagara customer accounts last October. Thousands of First Niagara customers were temporarily locked out of their online accounts because they couldn’t get through the security questions. Key gave affected customers $100 credits, spending at least $1 million on the gestures of apology, and improved the sign-in process. 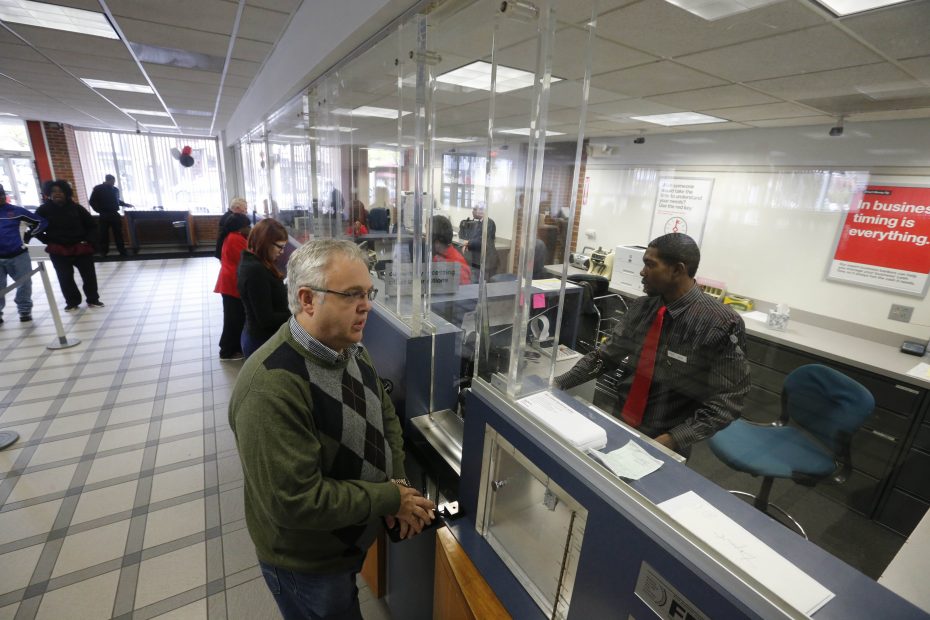 Customer Bernard Larroque makes a deposit with teller David Judson at the KeyBank branch on Elmwood and Utica shortly after the branch converted from First Niagara. (Derek Gee/News file photo)

Just as the combined bank was sure to need fewer branches, the same was true with corporate office space.

Key made Larkinville, which was First Niagara’s headquarters, its Northeast regional headquarters. “You have to be inside KeyBank to understand that’s sort of a big deal, and it is,” said Buford Sears, Key’s Buffalo region market president.

Key has also kept office space on Ridge Lea Road in Amherst and in the Pendleton, but it opted to leave its leased space at 250 Delaware Ave. in March, and by year’s end or early 2018 will exit a customer contact center in Amherst.

One benefit Key and First Niagara cited about the deal was filling gaps in each other’s business lines, through Key’s corporate and private bank business and First Niagara’s mortgage, auto lending and insurance business segments.

Key’s employees also benefit from being part of an expanded organization, Quenneville said.

“The opportunities for the employees now are much larger and wider than what we used to have,” he said. “It’s been refreshing for me to be able to be in front of a group of employees and really have a career conversation, about where they can take their career and not have to move out of Buffalo.”

Quenneville said Key has exceeded its expectations in both customer and employee retention, but he declined to reveal specific figures. Around late September, the Federal Deposit Insurance Corp. will release figures for banks’ deposit market share that will provide a glimpse of how a larger Key fared against its competitors.

Sears pointed to an interesting twist created by the acquisition. Before the deal, both Key and First Niagara had smaller shares of the market and were the “hunters,” picking up customers and talent, he said.

“Once the merger happened, we immediately flipped from the mode of the hunter to the hunted,” Sears said. “Now all of a sudden all the other banks want our customers and they want our people, and it’s a little bit of a different challenge.” 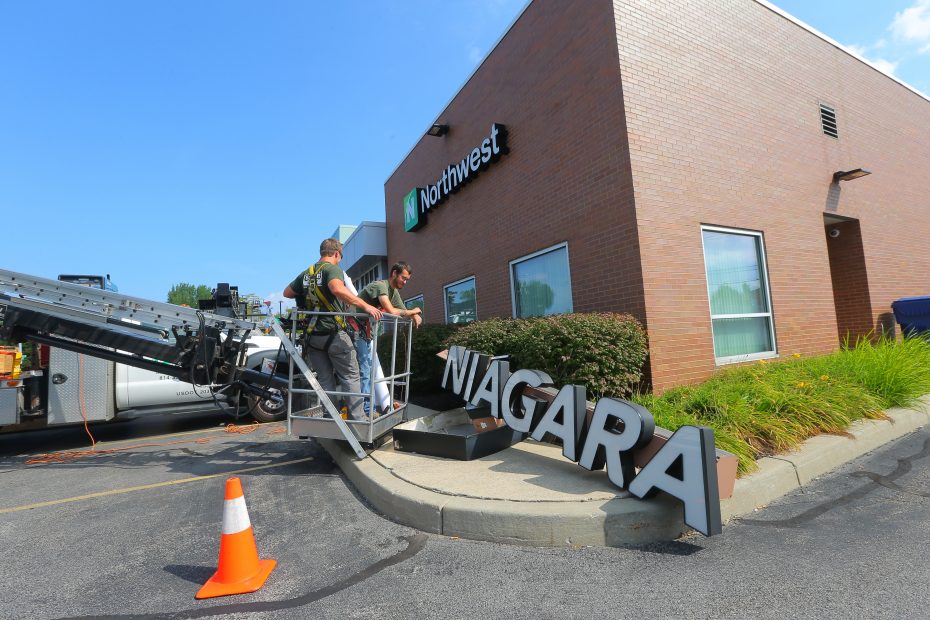 A First Niagara sign comes down and the Northwest sign replaces it at bank branch at Starin and Kenmore avenues in 2016. (John Hickey/News file photo)

Key said it has achieved the $400 million cost savings it had targeted through the acquisition and is on track to achieve an additional $50 million in savings by early next year.

“The only unhappy First Niagara shareholders I run into nowadays are the ones that didn’t hold on to their stock,” said Gary Crosby, First Niagara’s former CEO who sits on Key’s board.

The bank’s stock is up about 58 percent from the day before the deal was finalized, to about $18.50 per share a few days ago, though many regional bank stocks enjoyed a runup after the last presidential election.

Key in the second quarter reported $393 million in net income, up from $193 million the year before.

Brian Klock, an analyst with Keefe, Bruyette & Woods, said while it’s been a tough year for regional banks of Key’s size to grow loans, Key has been able to put up numbers slightly ahead of its peers. “With the integration going on and all that, they haven’t lost any step compared to their peers,” Klock said.

One challenge Key will face, he said, is maintaining what it acquired in a challenging interest rate market. “Can they make sure they can retain the deposits they did acquire?” 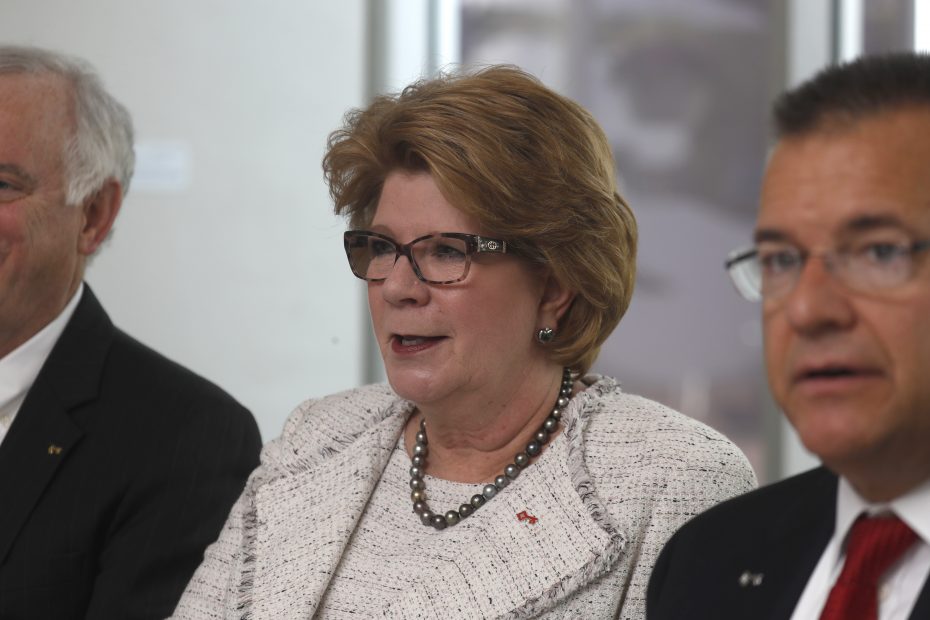 Key contributed $20 million to the First Niagara Foundation when the deal was completed, bringing the foundation’s assets to about $38 million.

Since the day the banks officially combined, KeyBank and the KeyBank Foundation have committed about $2.7 million in philanthropic investments and support to Western New York.

Key, with input from community groups, has also rolled out a national community benefits plan, pledging $16.5 billion in loans and investments across Key’s territory over a five-year period. A total of $5.8 billion will go to markets where Key and First Niagara used to compete with each other.

“I think KeyBank is working through the process and is trying to get things moving,” said Thomas Keily, consumer data and research coordinator at the Western New York Law Center, which that helped develop the community benefits plan. “I think it’s a large undertaking for the bank.”

Prior to the agreement, community groups feared the Key-First Niagara deal would eliminate branches in neighborhoods already lacking in financial services. But between the branches sold to Northwest and the locations Key kept, no branches in low- to moderate-income areas were shut, Keily said.

Key has pledged to open an additional branch on the East Side, but has not yet decided where. Keily said he wants to see careful planning go into that decision. “A lot of that is not just plopping a branch down,” Keily said. “We want to make sure it’s there with community input and community support once it opens. We want to make sure that’s a vibrant branch.”

Key has made itself felt in ways beyond its business operations. The bank put its name on the downtown arena, replacing First Niagara’s, and picked up other sponsorships.

In May, Key brought its annual shareholders meeting to the Albright-Knox Art Gallery. It was the first time since 2006 Key had held the meeting outside of Cleveland.

William Gisel Jr., president and CEO of Rich Products and a Key board member, said it was Mooney’s idea.

“Frankly, for me, it was a wonderful opportunity for me to do a little bragging about Buffalo to the other board members that are not familiar with our region,” Gisel said. 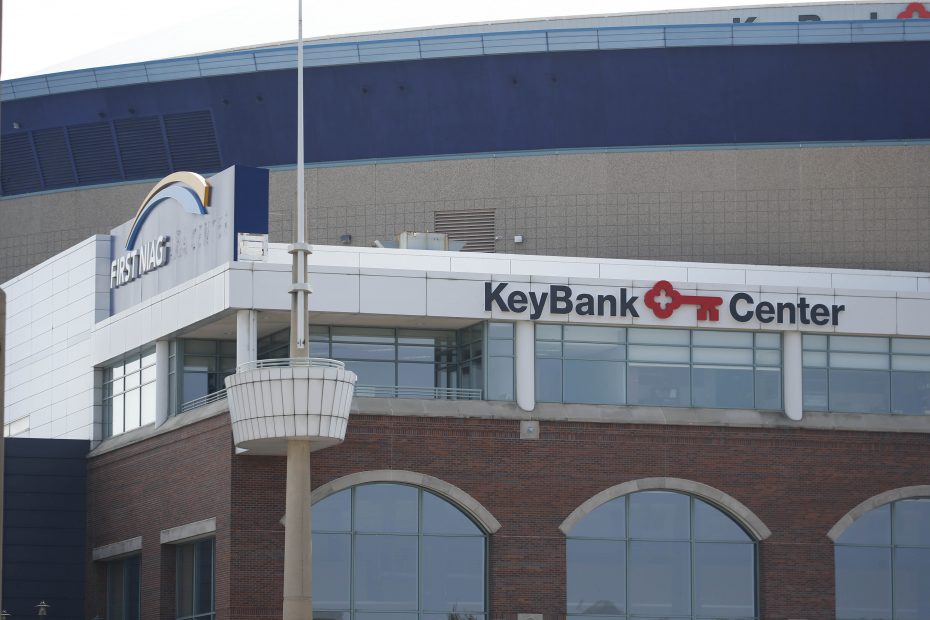 With one year nearly in the books, Key’s leaders are trying to capitalize on what the bank has absorbed.

“The community’s concerns about the implications of losing a corporate headquarters were well-placed,” Gisel said. “But then I believe that Key’s ability to respond to those concerns and to really exceed expectations in terms of the commitment to Western New York has been beyond my expectations.”

Gisel noted that Mooney has made a number of trips to Buffalo and has made connections here. “You can see that there’s real substance behind her words, and that’s a big advantage for Western New York to have someone like her so focused on this community.”

Other banks have also seized the moment, trying to take advantage of the market disruption caused by the deal.

Some banks have stepped up their presence within the market, and some new players are moving in, too. Mooney said she views it as positive for Buffalo that so many banks see opportunity here.

“I’ll take our chances,” she said. “I like our model, I like our team, I like how we’re positioned and we’re very excited about Western New York.”