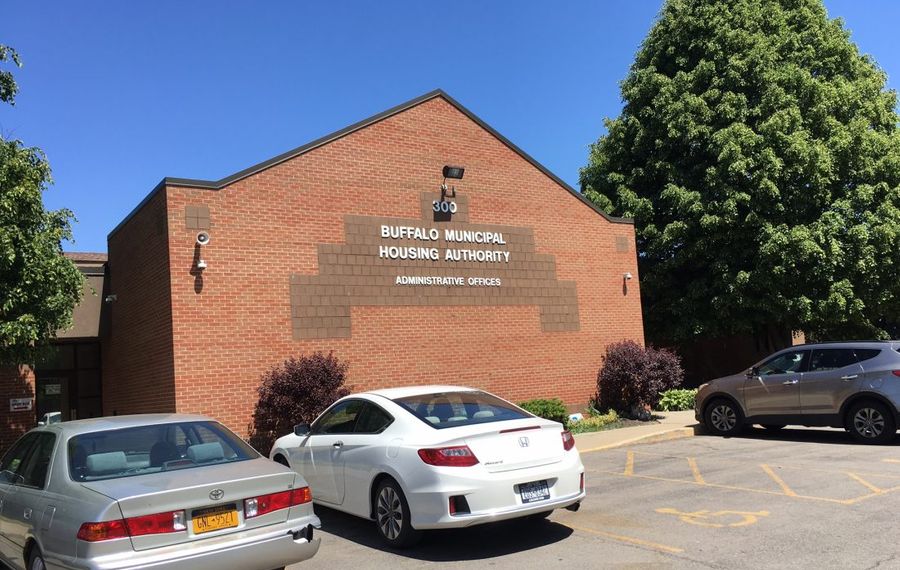 Mayor Byron W. Brown is overhauling the board that oversees Buffalo's public housing for 10,000 residents, an initial step toward tackling ongoing problems at the agency.

The mayor in recent weeks asked for and received resignations from three of the commissioners who oversee the Buffalo Municipal Housing Authority and he intends to announce replacements Monday. He also will fill a fourth commissioner seat that's been vacant on the seven-member board for most of this year.

The appointments are expected to be part of a retooling that has implications for the BMHA's executive director, Dawn Sanders-Garrett.

Sanders-Garrett has been working with an expired contract for several years, meaning a new board majority could decide whether she retains her $120,000-a-year job, or is replaced.

The Brown administration is saying little about the changes prior to the Monday afternoon announcements. But the changes were widely anticipated, given the steady string of criticisms the BMHA has faced in recent years as well as concerns that the agency may not be prepared to adjust to further funding cuts threatened from Washington.

The Buffalo News has reported on problems throughout the city's public housing that include hundreds of run-down and vacant apartments at the Commodore Perry development; vacant, dilapidated units that have resulted in neighborhood blight around the A.D. Price Courts; and deteriorating conditions at the Marine Drive apartments.

While hundreds of these run-down apartments are vacant, demand for low-income housing is increasing in Buffalo, where more than 10,000 families are on waiting lists — which are all closed because the lists are so long to apply for low-income rental assistance vouchers.

In addition, Sanders-Garrett has faced criticism for the time she spends away from Buffalo, routinely traveling out-of-state to attend public housing conferences that she says benefit the agency, but that critics say leave the BMHA without adequate leadership.

Sanders-Garrett has blamed inadequate federal funding for most of the agency's problems. And while she's expressed optimism lately that the agency will be able to secure some additional housing funds from the state, she's also expressed concern that federal public housing funds could be further cut by the Trump administration.

The outgoing mayoral appointees include Michael A. Seaman, the city treasurer, who served as BMHA board chairman; Donna M. Brown, the former Buffalo deputy mayor who currently works at Erie County Medical Center; and Stanley Fernandez, a retired city and BMHA employee.

The three recently submitted resignation letters requested by the mayor. At least one — and possibly all — had previously told Mayor Brown they were interested in leaving the board.

"I've brought it up, that it was time for change," Seaman said. "It's difficult to do for 11 years."

Fernandez and Donna Brown, who is of no relation to the mayor, could not be reached for comment. They have not served on the board as long as Seaman. Both have had spotty attendance at BMHA board meetings recently — Fernandez because of illness and Brown reportedly because of conflicting time commitments.

A fourth mayoral appointee, Pastor Alan Core, is not being replaced and will remain on the board.

The fifth mayoral position has been vacant for most of 2017, since Hal D. Payne, former SUNY Buffalo State administrator, resigned from the BMHA board shortly after retiring from Buffalo State.

Two other BMHA board members, Leonard Williams and Robin Edwards, are elected by tenants and serve two-year terms.

Mayoral appointees serve five-year terms. The new commissioners being announced Monday will serve out the remaining terms of the people they are replacing. The appointments require Common Council approval.