Maj. Patrick Miller has been to war in Iraq, and undergone countless surgeries and medical procedures since being shot in the abdomen by a gunman at Fort Hood, Texas three years ago.

But it is his mother he is most proud of, and he praised her during a benefit concert he organized Sunday in Allegany for Wounded Warriors.

Carole Miller lost her father, an Army lieutenant in World War II, when she was 10, he said.

"She developed epilepsy as a child. She had to raise a special needs child, my younger brother, all while getting diagnosed with a late onset of multiple sclerosis," he said.

Last year, his mother was diagnosed with Stage 3 multiple myeloma, he said. 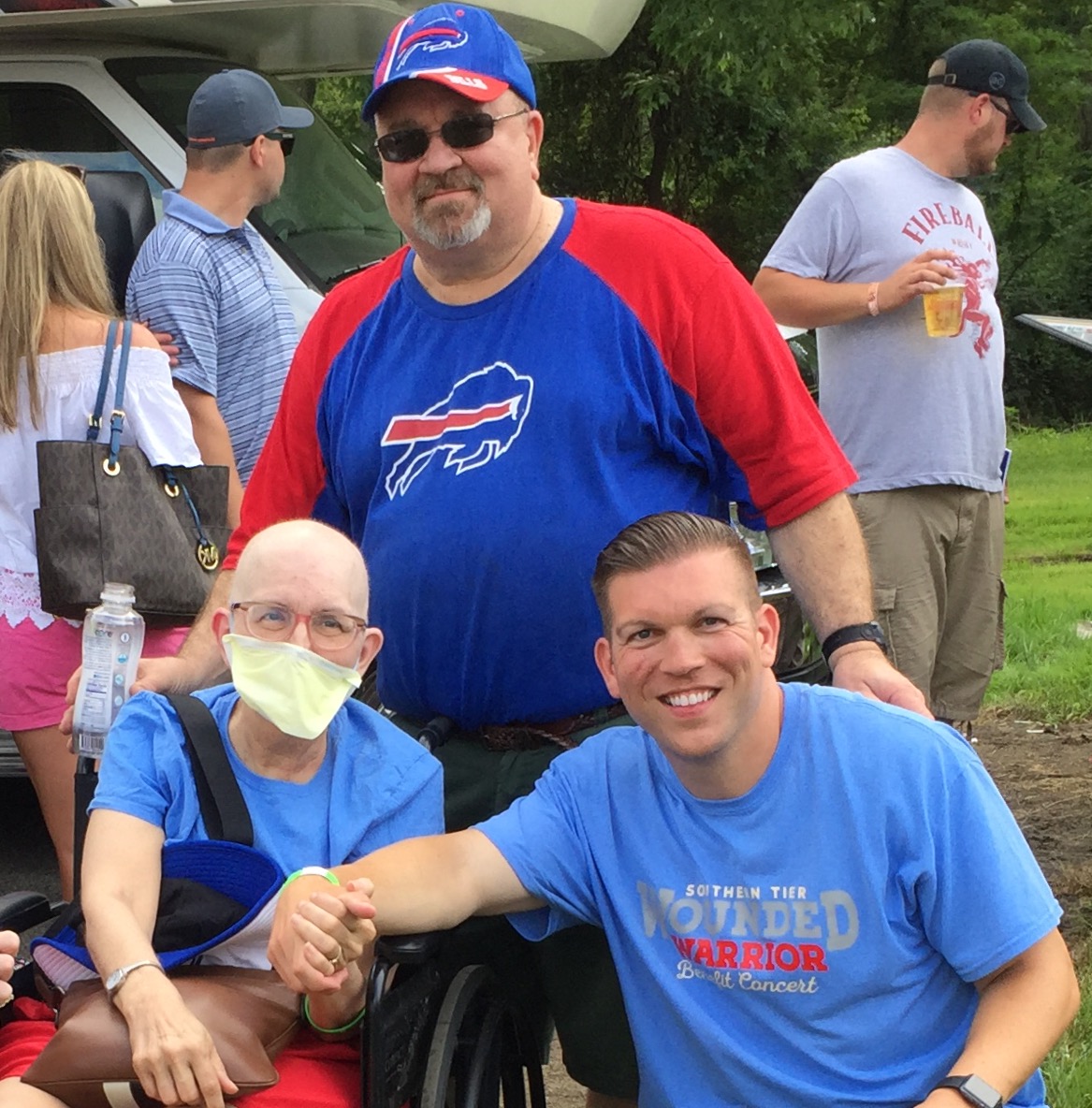 He said she motivates and inspires him.

Miller made his remarks after state Sen. Catharine Young, R-Olean, inducted him into the Senate's Veterans Hall of Fame for his actions at Fort Hood, in which he saved lives even after he was critically wounded.

Funds raised from the benefit concert, featuring the country band Parmalee, along with Chris Higbee and the Hootz, will go to Fisher House through Wounded Warriors, and the Homes for Our Troops Foundation.