Gia M. Arnold, the former State Senate candidate who ran on a pro-Second Amendment platform, was sentenced to five years' probation Friday for possession of an illegal assault rifle.

State Supreme Court Justice John L. Michalski could have imprisoned her for up to seven years. 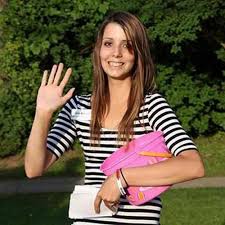 She had a semiautomatic assault rifle beside her when her boyfriend's car was pulled over by Niagara Falls police Feb. 10, 2016. The charge to which Arnold pleaded guilty April 26 is not a SAFE Act violation.

The plea bargain resulted in the dismissal of all charges against Arnold's boyfriend, Halim Johnson, 19, of Centre Avenue, Niagara Falls. He was driving when police stopped him for failure to signal a turn.