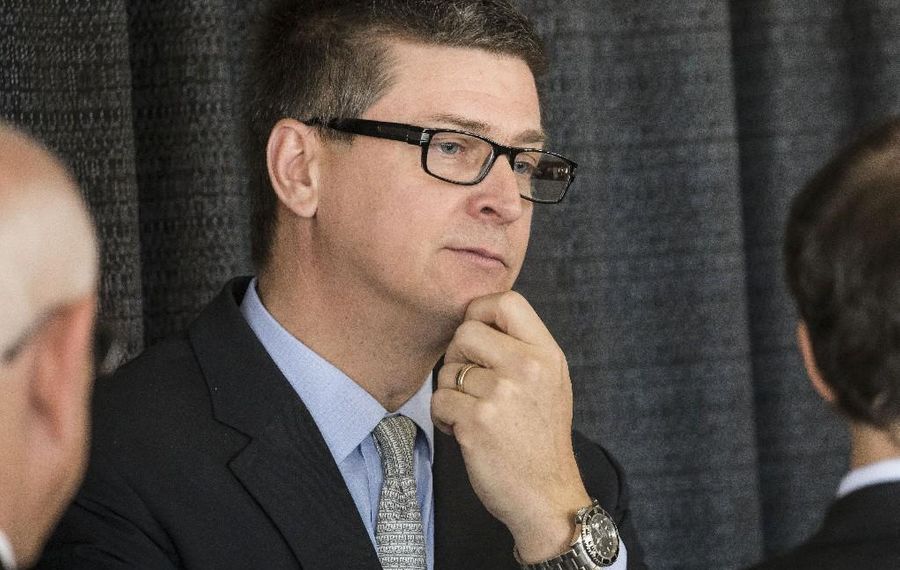 Many businesses are taking a wait-and-see approach about decisions coming out of Washington, before taking on new debt through loans, a top M&T Bank executive said Wednesday.

"We're not dire on the economy by any stretch, but I would say there is some uncertainty and some cautiousness," Darren J. King, M&T Bank's chief financial officer, said as M&T released second quarter earnings that topped analyst forecasts.

Customers' balance sheets "are very healthy," King said. "They're still more optimistic than they were at this point last year. Maybe it's come down a little bit since the election highs, but it's still generally optimistic."

Yet they still feel uncertainty about decisions coming from the federal level, and how their operations will be impacted, he said.

"Those companies that are investing are leaning more on their cash, which have been at all-time highs in their business, rather than taking on new debt," he said.

Businesses are looking for clarity on different issues, depending on their industry, King said. Skilled nursing facilities are watching efforts to overhaul health care, and are pausing before making investments "so that they know what they might be able to expect from a cash flow perspective before they take on new debt and consider expansion," he said.

Meanwhile, manufacturers and construction firms are wondering if there will be an infrastructure bill, he said.

For other businesses, tax reform is top of mind.

"You're not even seeing as much business expansion activity through (mergers and acquisitions) as we might normally see, because if you're selling your business, you don't want to sell it this year in case tax reform says, 'If I sell it next year, I keep more of the sale proceeds.' "

"It's not the same factor for each part of the economy," King said. "But there seems to be something for everyone, and the overarching theme is, 'We just need some direction about where it's going.' "

M&T Bank's net income increased 13 percent in the second quarter from a year ago, to $381 million, topping analyst forecasts.

The Buffalo-based bank recorded diluted earnings per share of $2.35, up 19 percent from a year earlier. The earnings were better than the $2.28 per share that analysts surveyed by Zacks Investment Research were expecting.

Since 2013, M&T has had a "letter of agreement" with regulators that temporarily bars the bank from making deals. The letter will be lifted once regulators determine they are satisfied with the upgrades M&T has made to its anti-money laundering and Bank Secrecy Act programs.

"We're working with our regulators now to go through the work that we've completed and to make sure that it is 100 percent compliant with the terms of the written agreement, and that we've fulfilled all of our obligations, which we of course believe we have done," King said.