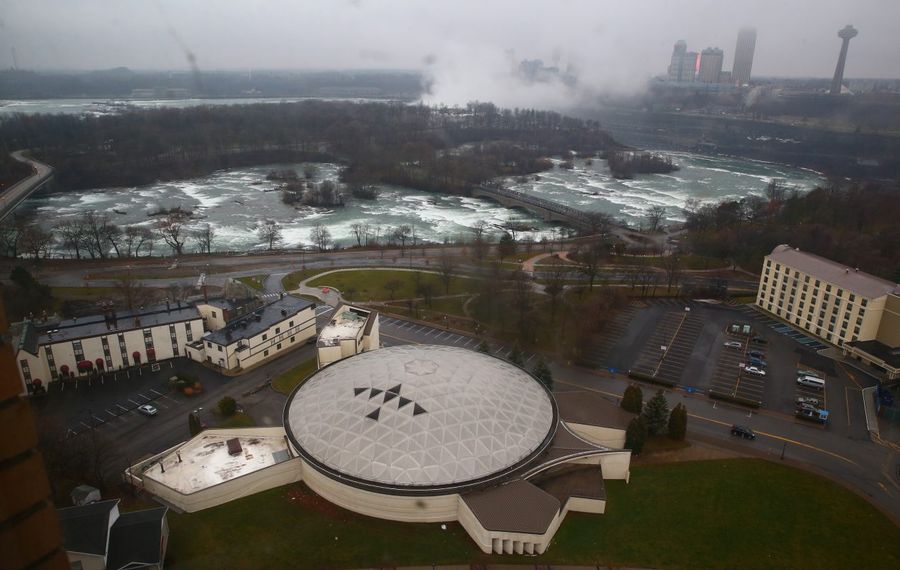 Niagara Falls Redevelopment has submitted a plan for a $205 million hotel in downtown Niagara Falls.

Normally, city officials said, such a large project would be announced with plenty of hype. But in this case, the plans were simply dropped off at the city planning office on a Friday afternoon.

"Usually, when somebody proposes a $200 million anything, there's a lot of fanfare," city Planning Director Thomas DeSantis said. "Read into that what you will. It's odd. It's clearly unconventional."

Mayor Paul A. Dyster said the city received no advance tip-off about the Niagara Falls Grand Hotel and Spa, which the plans say is to be built on the site of the long-vacant Native American Center for the Living Arts, better known as "the Turtle." That building would be demolished to make way for the hotel.

"There was discussion in 2009 about a hotel project there, but then it faded away, and we haven't heard anything from them since," Dyster said.

It makes some in Niagara Falls wonder if the hotel project is for real, or if it's just a response to a state plan to buy vacant land in downtown Niagara Falls and make it available to other owners for development. 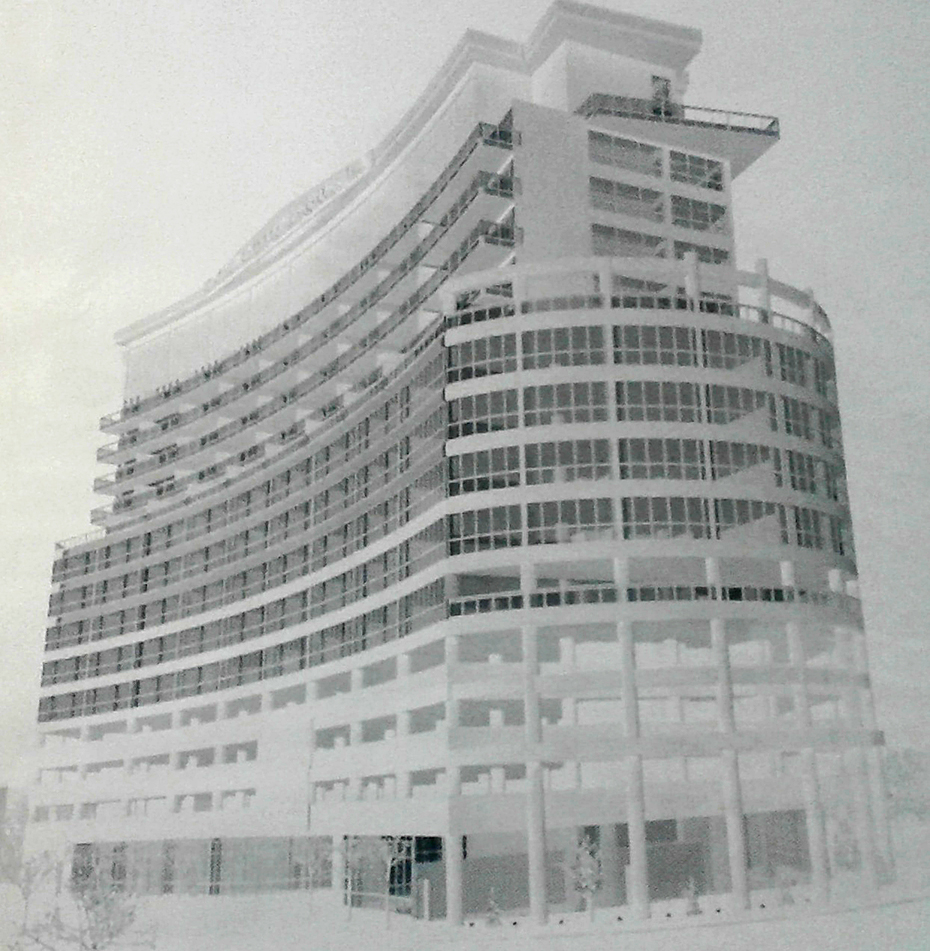 Many hotels in Niagara Falls, which cost far less than $200 million, have received state or county economic development incentives. But in this case, development agencies say they have not been contacted.

Hoyt noted that NFR has controlled 142 acres of land in downtown Niagara Falls for 20 years.

"There has been no real activity from a development corporation in terms of actual development, and now I'm hearing about this third-hand," Hoyt said.

"They have not made any appointments with city Economic Development," Dyster said.

"I'm not going to comment on that myself, but I can tell you that I've certainly heard that comment from a large number of people," Dyster said. "Why now would they start talking about the development of a parcel that they've owned for several years?"

Neither Dyster nor Hoyt would comment on whether the hotel project is an effort to capitalize on the land acquisition program, either by driving up the price of the Turtle site or by protecting the property from being acquired because of a pending privately funded project.

"I'm not going to speculate on the motives," Hoyt said.

But Dyster noted that such things have happened before. The state used eminent domain powers to take the site of the former Niagara Splash Water Park in 2006 and give it to Seneca Gaming Corp. as part of the Seneca Nation's casino development deal.

"There's memories in this community of the Splash Park parcel," Dyster said. "That, of course, involved Niagara Falls Redevelopment, where they reopened the splash park briefly right before the parcel was taken for inclusion in the Seneca compact land, and appealed the price and subsequently got a major payday out of that."

Companies called Fallsville Splash and Fallsite, in which NFR was associated with Niagara Falls attorney John P. Bartolomei, were paid $18 million for the splash park parcel in 2006, a year after the park was reactivated following a decade of idleness.

Bartolomei went to court, claiming the former owners were underpaid, but he lost. However, the state originally had planned to pay him $12 million, while Bartolomei argued that he should have been paid $29 million.

The developer of a project as big as a $205 million hotel normally could be expected to hold a news conference, or issue a press release.

But in this case, NFR, owned by New York City investor Howard Milstein, is refusing to comment. Its local vice president, Roger Trevino, referred all questions to a public relations firm in New York City, whose president, James Haggerty, said no comments would be forthcoming.

The Buffalo architect who designed the building, Matthew P. Moscati of TRM Architects, said he's been instructed not to talk about the project.

The public found out about the project when its request for a height variance was included on the agenda for Tuesday's meeting of the Niagara Falls Zoning Board of Appeals. The section of downtown in which the hotel would be located has a 152-foot height limit, but NFR would like to build a 200-foot hotel.

Long-vacant Turtle building lives on in the hearts of many

However, Patrick Ciccarelli, the city's chief code enforcement officer, said the request has been withdrawn from the Zoning Board agenda because it is incomplete.

The plans don't say how many rooms the Niagara Falls Grand Hotel and Spa would have. Nor is the size of the building set in stone.

The architect's submission says the hotel would be 16 stories tall if the height variance is approved, but it would be reduced to 12 stories if the variance is denied.

The plans say the hotel and spa would cover almost all of a 1.66-acre lot, except for a 2,900-square-foot garden which seems to have been carved out to comply with city green space regulations.

It's supposed to offer 472 parking spaces, mostly on a two-story parking garage incorporated into the hotel. A two-story restaurant and an indoor pool also are part of the plan.

DeSantis said a major issue is that Moscati submitted a short version of the state environmental assessment form, asserting that the project would have no significant environmental impact and did not need major review.

Alan B. Nusbaum, the city's environmental coordinator, said that's clearly not the case. He said that given the hotel's size and location, the project would need review not only by the city, but also potentially from the state Department of Transportation, the state Historic Preservation Office, State Parks and perhaps U.S. Customs and the Border Patrol.

"It's potentially a big project. This is procedure," Nusbaum said.

DeSantis said the plan also doesn't address the fact that such a large hotel would block the views of the Upper Niagara River rapids and the skyline of Niagara Falls, Ont., for guests in other downtown hotels, such as the Giacomo and the Quality Inn.

The city zoning code has a provision that says views from existing downtown buildings are to be protected.

"At present, the application is incomplete, so it's hard to say what I would be recommending," DeSantis said.

"I think it's imperative that these questions be answered," Hoyt said. "If, in fact, it's incomplete, our message to everyone is, 'We review complete applications.' We welcome any serious, serious developer to consider private investment in Niagara Falls. But it's got to be serious and it's got to be complete."