Chez Ami, the restaurant at the newly opened Curtiss Hotel, is still a work in progress. But it's already challenging for the downtown dining crown.

A visit Friday night found the restaurant's West Huron Street door locked, even though the restaurant was very much operating, albeit in soft-opening mode.

Visitors were thus encouraged to go around the corner to the Franklin Street entrance, for a mini-tour through the vestibule and terra-cotta-lined hallways of the $24 million project.

A rooftop bar is also set to open soon, offering some of the most impressive cocktail-augmented views in downtown Buffalo. 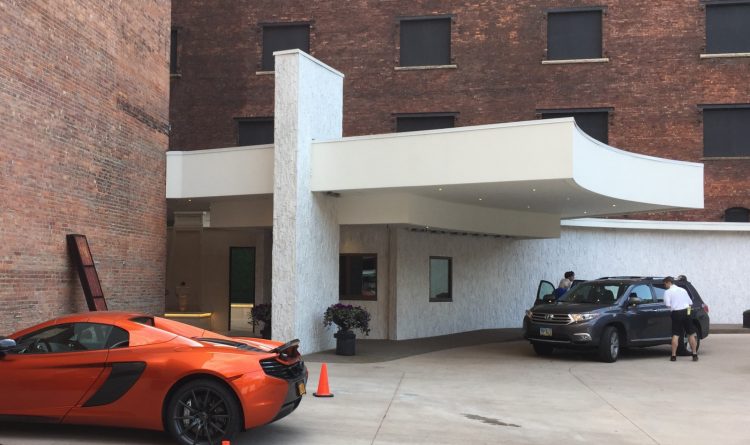 The circular bar is surrounded by a ring of seats that rotate once an hour, an homage to the Chez Ami nightclub that was once the coolest spot in Buffalo. The bar was was standing still when I got there. A staffer explained that it stops moving from time to time to allow bartenders to enter and exit. 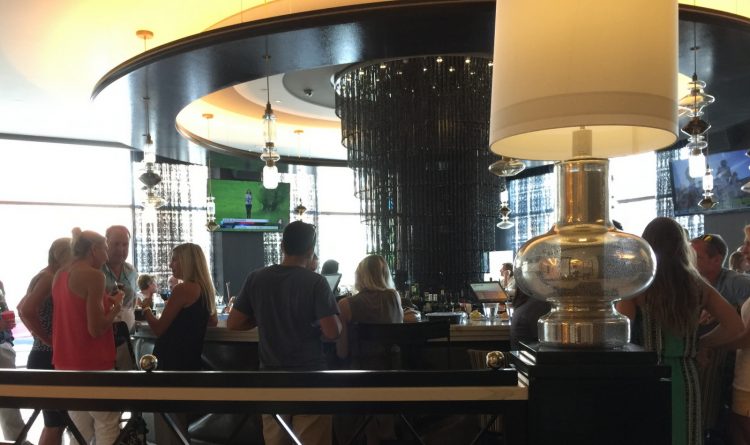 A side room with retractable window walls has been built onto the West Huron sidewalk, allowing customers to enjoy sunny streetside meals in fair weather. 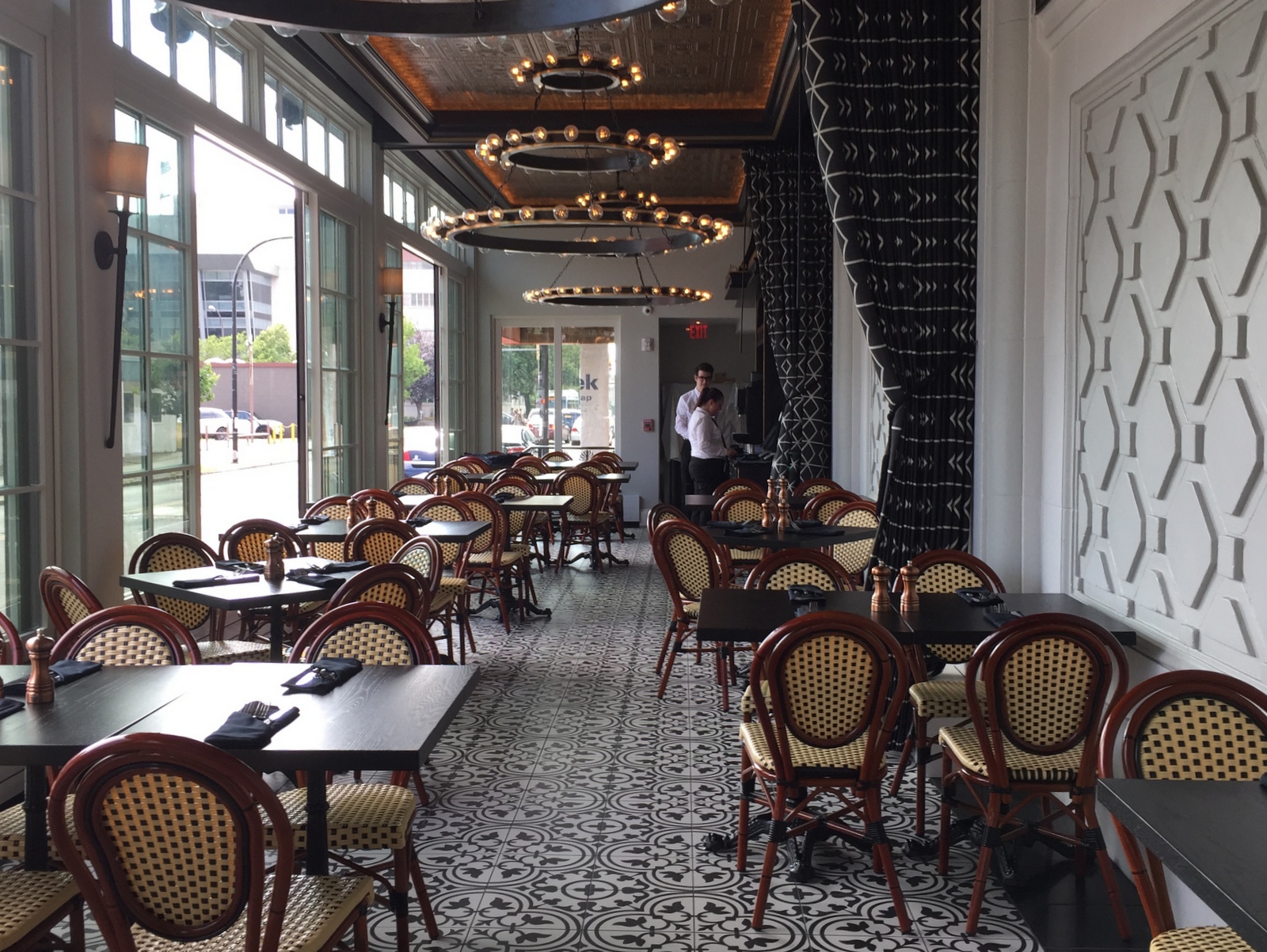 The sunny side room at Chez Ami. (Andrew Galarneau/Buffalo News)

The main dining room is darker, with black walls and black furniture well-lit by elaborate ceiling and tabletop fixtures. 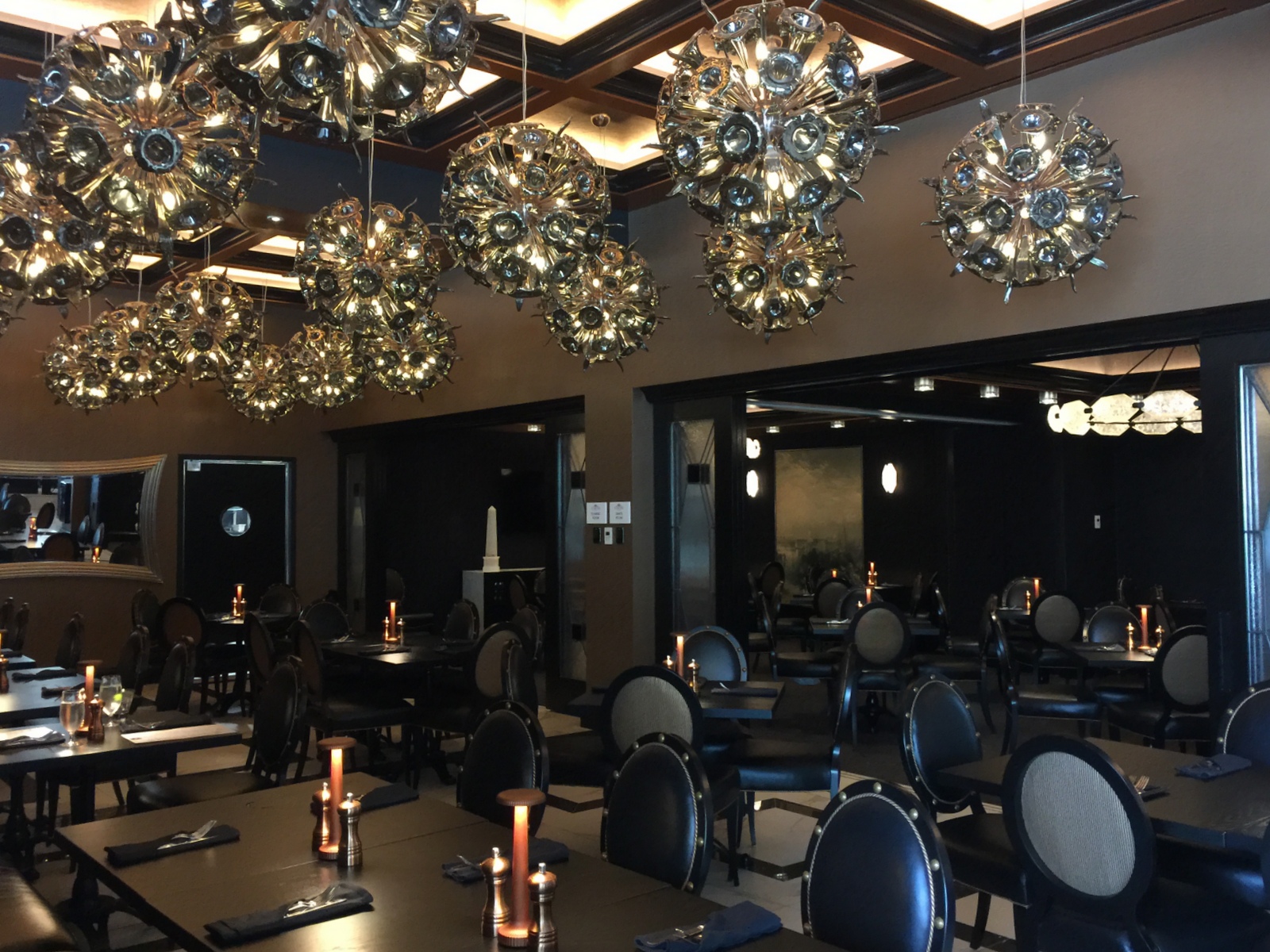 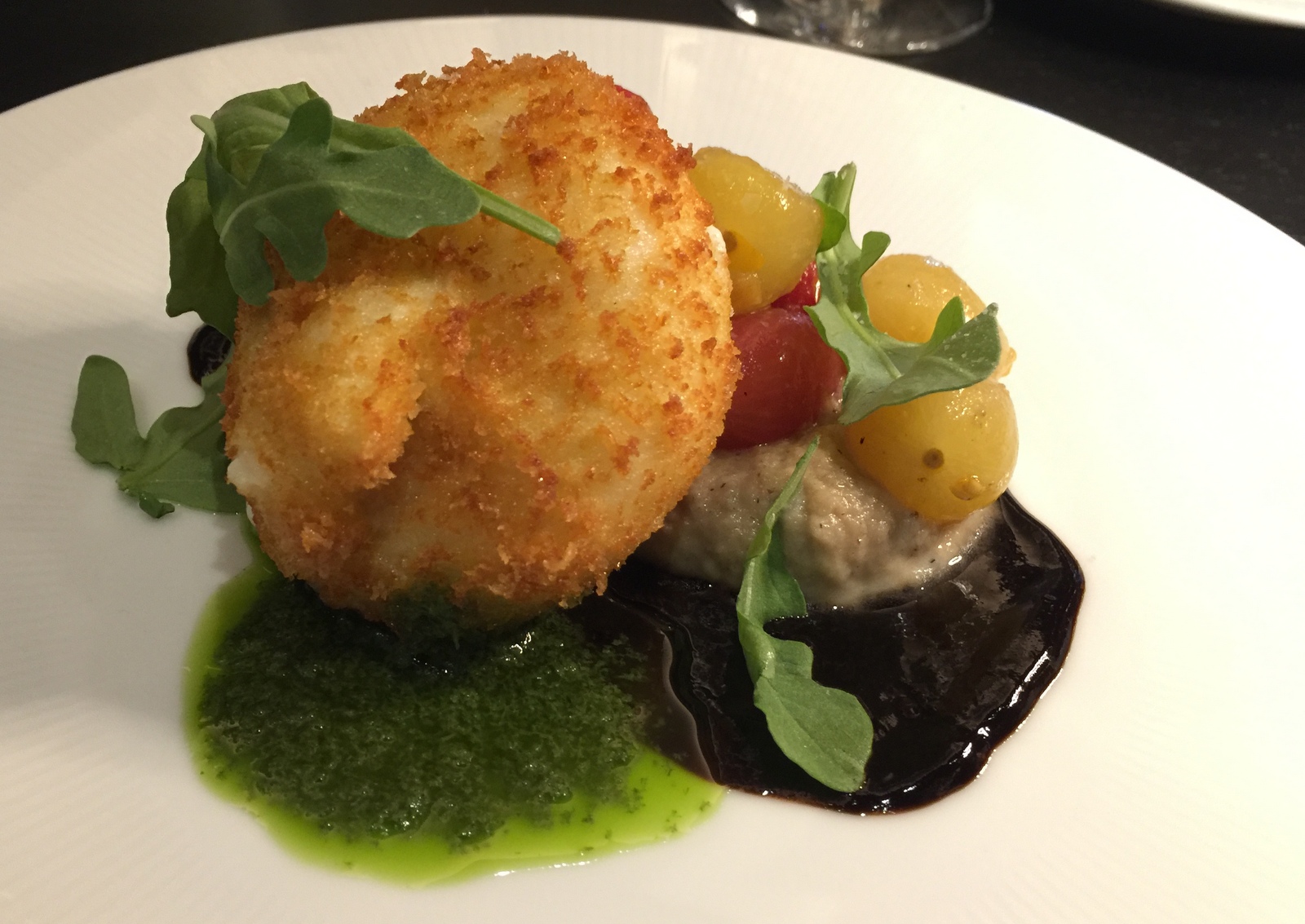 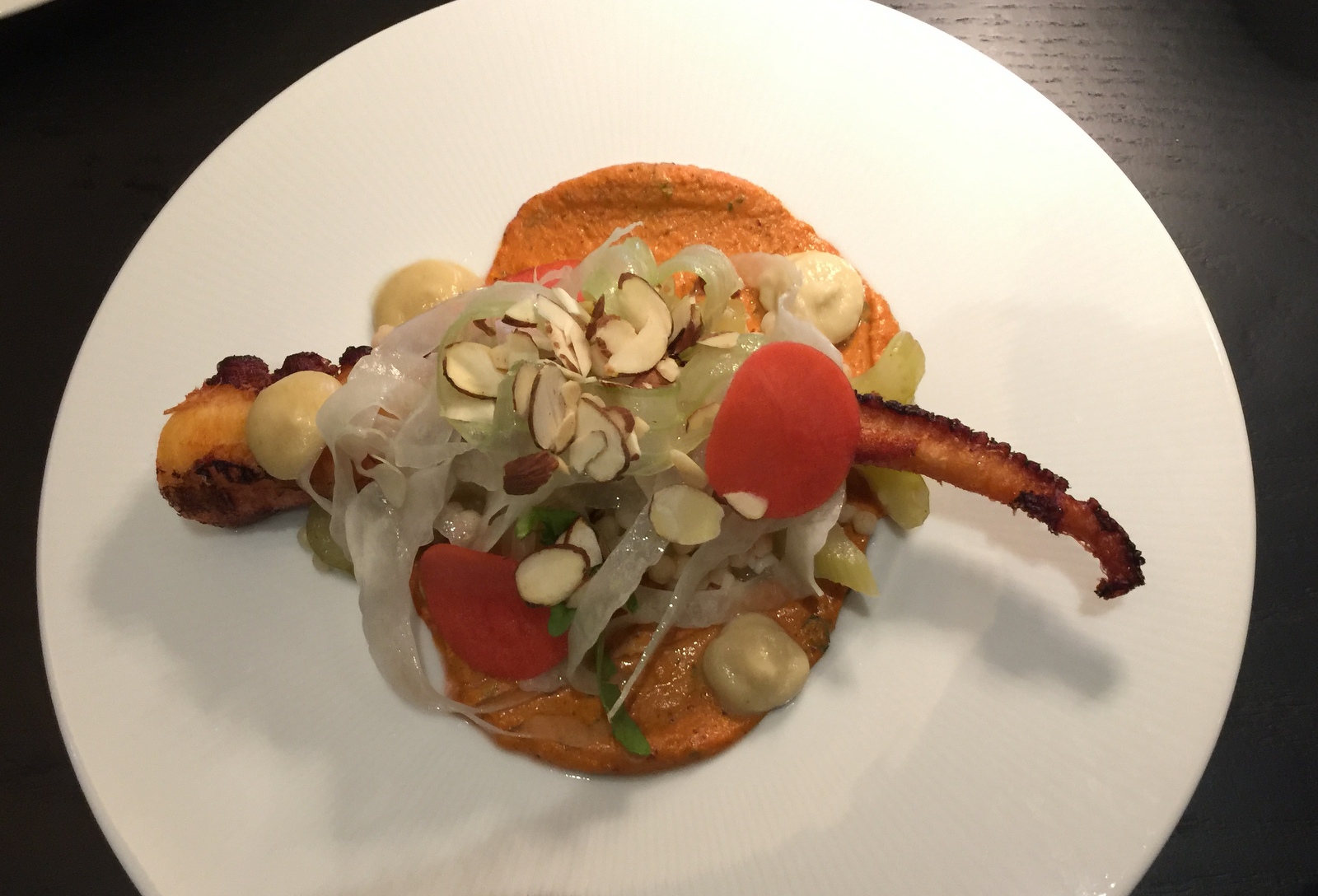 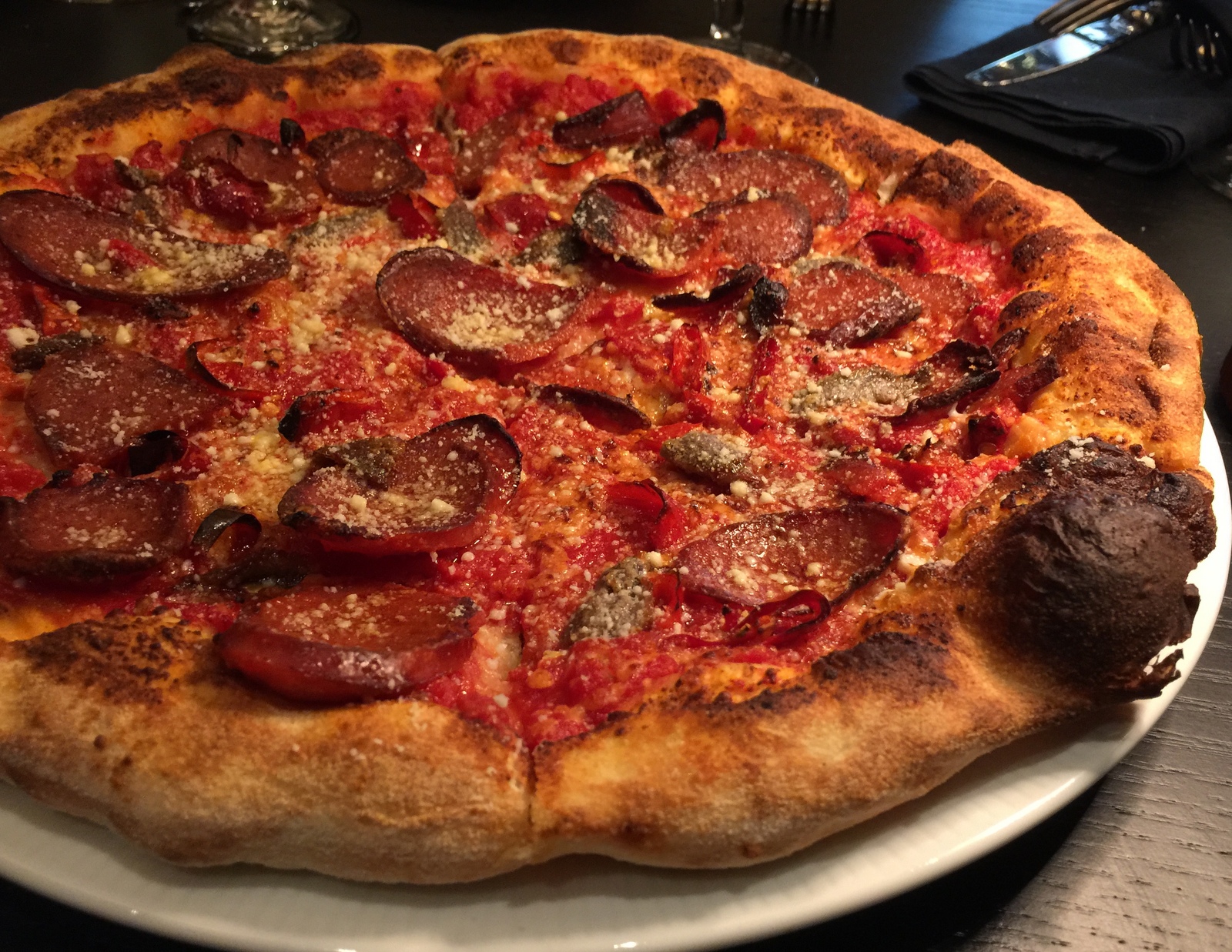 Pepperoni pizza ($17) had a puffy crust with wisps of char. Adding anchovy to the already lively pepperoni heat gave it a welcome savory punch.

Housemade pastas, served in appetizer-sized portions, included gnocchetti, pappardelle, and garganelli ($18) with crab and a giant head-on prawn in tomato sauce whose natural sweetness was warmed with Calabrian chile.

Roast chicken ($29) got the tuxedo treatment - brined, crisped, adorned with shaved black truffles and, on arrival, drizzled with truffled jus. Supported with sunchoke puree and hen-of-the-woods mushrooms, accented with fried kale leaves, it was a hearty but elegant ensemble. 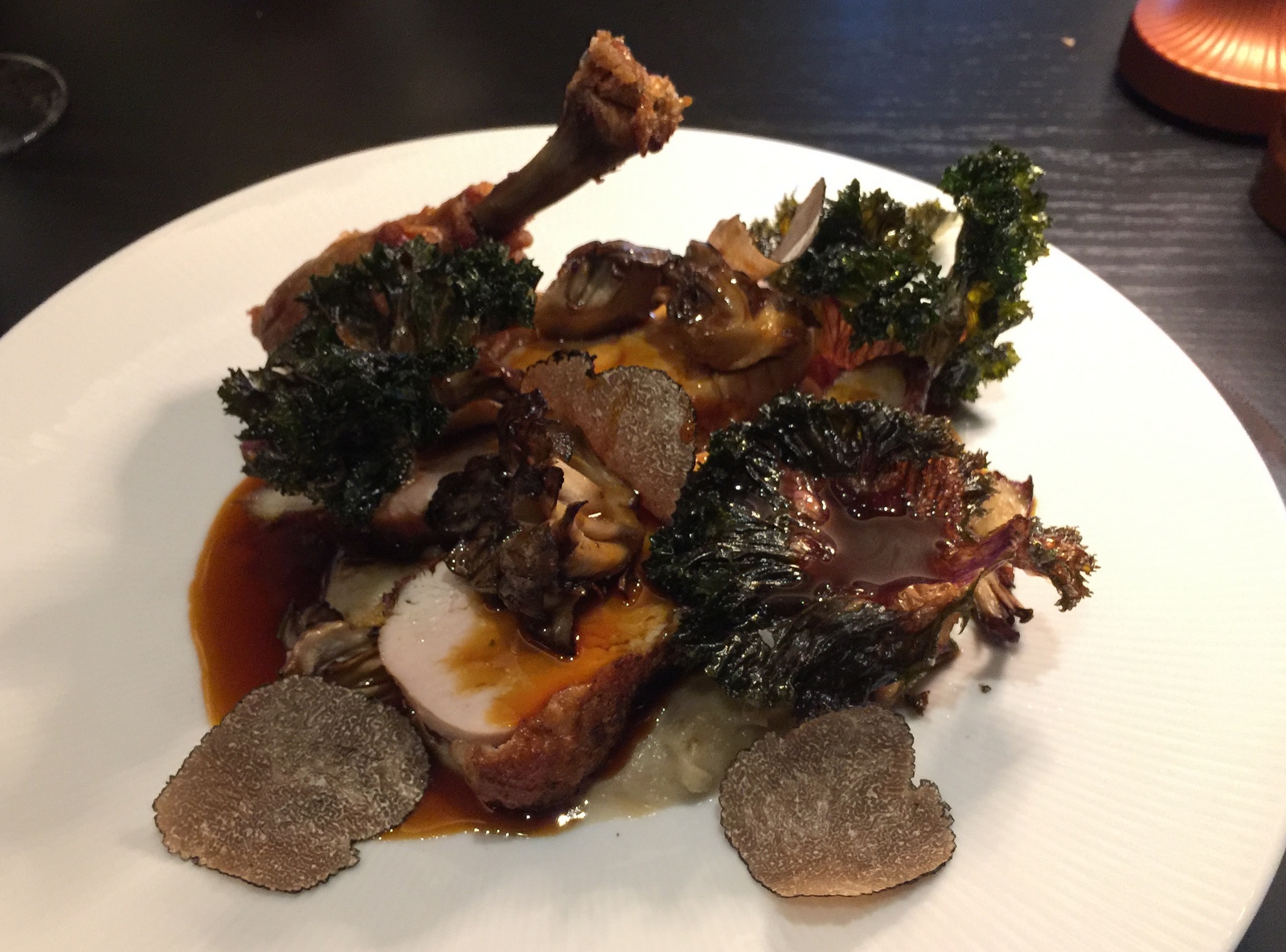 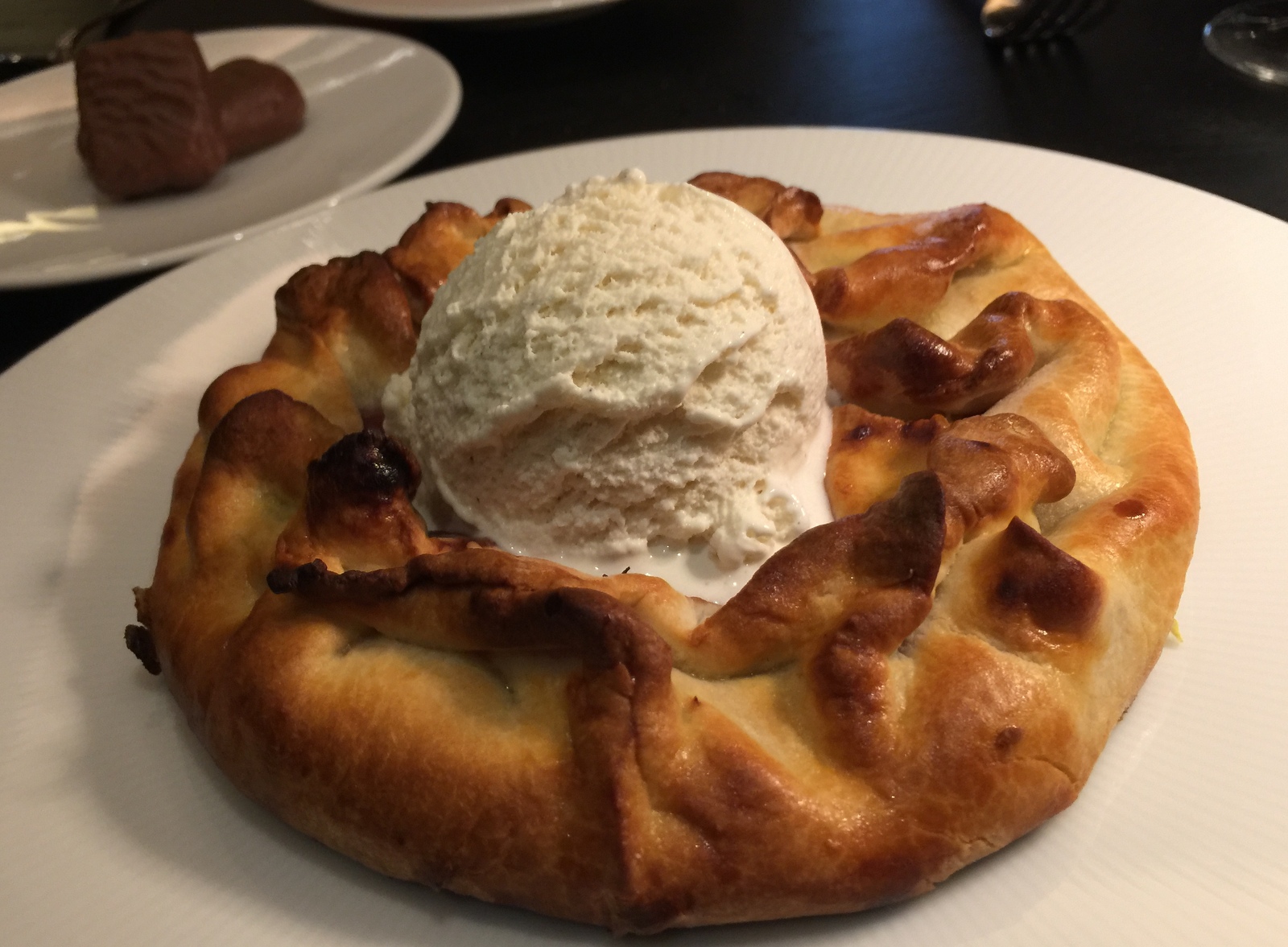 Chez Ami is planning to add a charcuterie station as well as other refinements and elaborations as it develops its standards. In its first weeks of operation, Chez Ami is well on its way to thrilling a new generation.