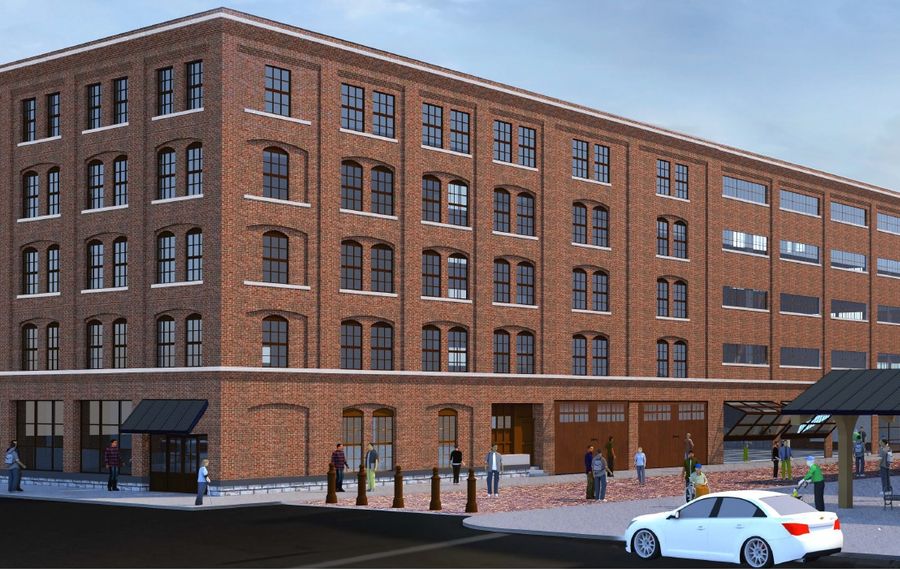 Pegula Sports & Entertainment wants to move its corporate headquarters from the Fairmont Creamery building on Scott Street to its planned new John Labatt House building in the Cobblestone District, adding to the brewery and restaurant already destined for the first floor.

The umbrella company for Terry and Kim Pegula's business concerns may relocate to the third and fourth floors of the five-story building at 79-83 Perry and 55 Illinois streets, according to documents filed with the Buffalo Planning Board.

The board approved the overall renovation project Monday.

A move from 199 Scott St. — which had been expected — would put the business next door to the Buffalo Sabres and HarborCenter operations that the Pegulas own. It would help to fill in the rest of the early 20th-century former manufacturing and storage building, which will also include the corporate headquarters for North American Breweries' Labatt USA.

And, it would reinforce the family's investment in the city.

Don Heins, a Pegula spokesman, cautioned that no final decision has been made about the move, but confirmed that it is under consideration.

The Pegulas bought the 81,075-square-foot former Hi-Temp Fabrication and Peerless Mill Supply building for $7 million in February. They intend to spend $13 million on a complete exterior and interior renovation of the two properties into a mixed-use development.

Plans by Carmina Wood Morris include a new 20,500-square-foot "test" brewery and restaurant on the first floor, under the John Labatt banner, with 45,000 square feet of office space on the next three levels. The Labatt office would take up the second floor, while the next two floors are slated to be additional office space. The fifth floor would have three luxury apartments.

The Perry Street building was designed by well-known architect R.J. Reidpath and constructed in two phases in 1910 and 1924, starting with a timber-frame and masonry wall structure, followed by a reinforced concrete-framed "daylight factory" portion to the south. It was originally built as a five-story warehouse for wholesale food retailer S.M. Flickinger Co., whose founder began his Red & White Food Stores business from the location.

The two-story reinforced-concrete building on Illinois is located in the rear of the 0.76-acre property. It was originally part of the Aldrich Manufacturing Co., which made brass goods in the early 1900s. It was added onto the Perry building by former owners.

According to documents submitted by the Pegulas, the project will bring the buildings' facades back "to their appropriate periods of significance" based on their location within the Cobblestone Historic District. 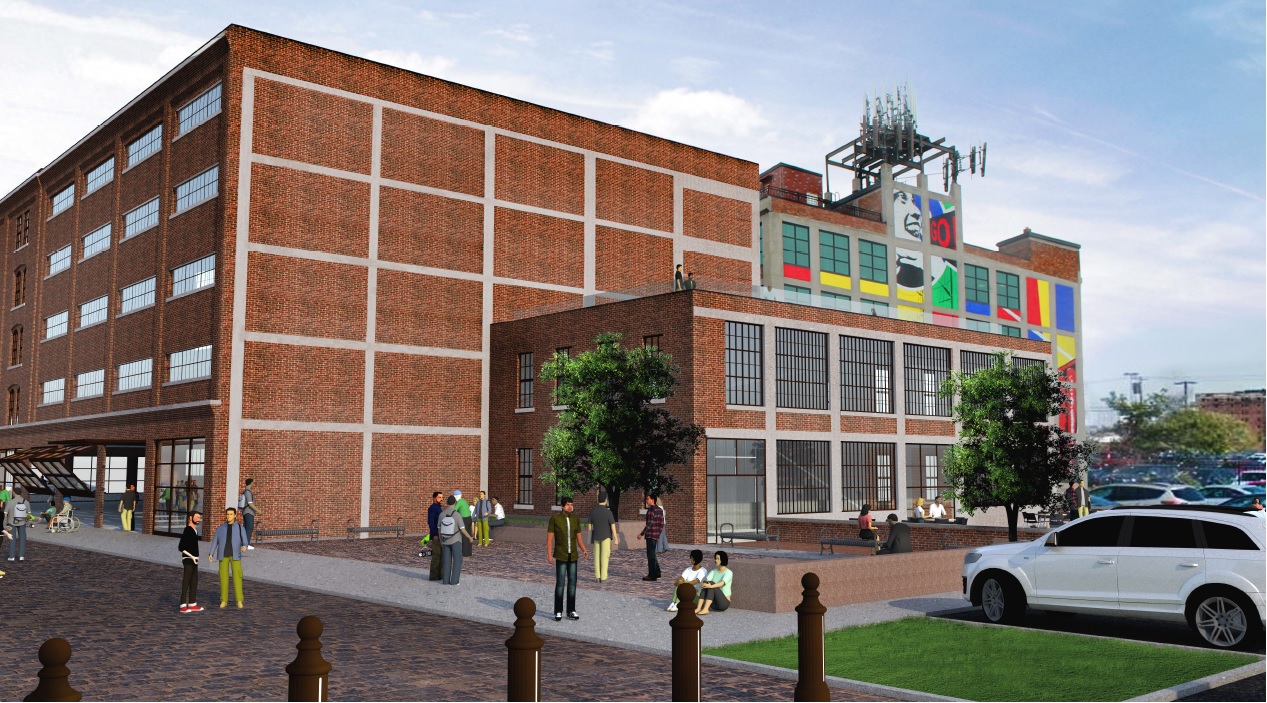 The building's mechanical, electrical, plumbing and fire protection systems will need to be fully upgraded, the documents said. Existing wood-framed double-hung windows in part of the complex will be restored, with new energy efficient and operational sash pieces, while industrial steel-framed windows in the concrete section will be replaced with units that will match the original look.

A loading dock will also be rebuilt, to handle larger loads while also supporting a second-floor patio.

The exterior masonry will be stripped of white paint and restored to its historic red-brick appearance, while any damaged or deteriorated bricks will be repointed or replaced by salvaged bricks, the documents said.

All work by R&P Oak Hill will be conducted in accordance with historic preservation standards, under the State Historic Preservation Office and National Park Service, so that the project will qualify for state and federal historic tax credits. 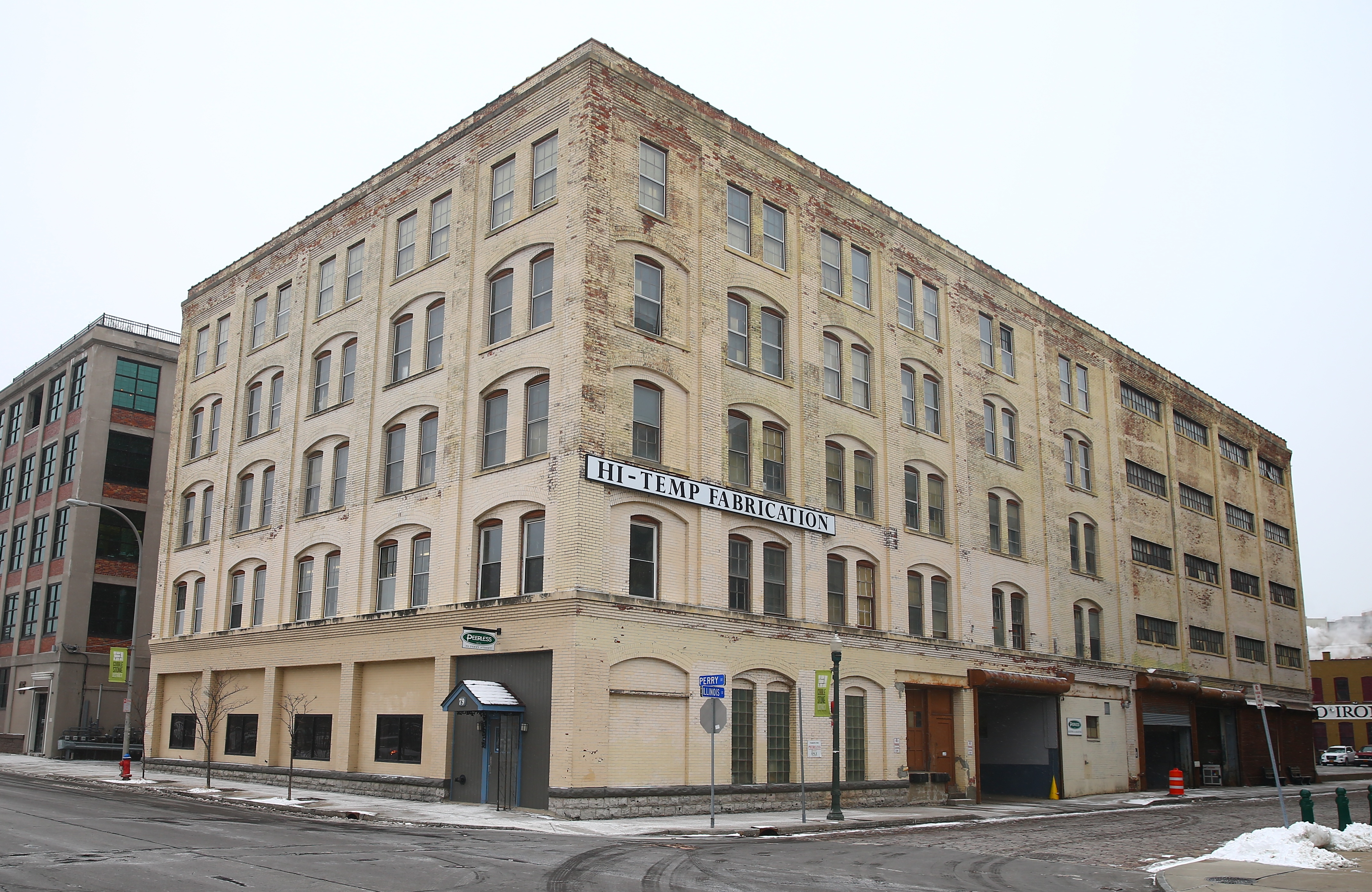 No new construction or additions are planned, other than a beer garden and outside patio along the south side of the building that will replace some of the parking lot. Driveways and pedestrian areas will be repaired and maintained. The current parking lot off Illinois will be reduced and reconfigured for use by restaurant patrons, with 17 spaces, while additional parking is available in the Sabres' parking ramp and on lots across Perry, Illinois and Mississippi streets.

The project was approved last week by the Preservation Board. The Pegulas hope to start construction in January 2018 and finish by January 2019.