The Town of Amherst has suggested 129 new potential sites for a methadone clinic as alternatives to the controversial 910 Millersport Highway location where Catholic Health wants to provide medication-assisted treatment to patients. But it's not clear whether any of the alternative locations will meet the system's needs.

Town Supervisor Barry A. Weinstein said the town included the locations in the map it sent to Catholic Health on Friday. This is the second time Amherst has come up with a map of alternate sites to try to steer the system away from its plan to open the clinic at 910 Millersport, a location opposed by town officials and residents on nearby North Ivyhurst Road.

Catholic Health officials said the first group of 62 locations the town sent in June, many of which were grouped into five general sites, did not fit the system's criteria for a clinic site.

The system had set a deadline of July 14 for the town to send more sites. Weinstein said 20 of the 129 new sites match Catholic Health's standards for location, access to public transportation, size and parking. 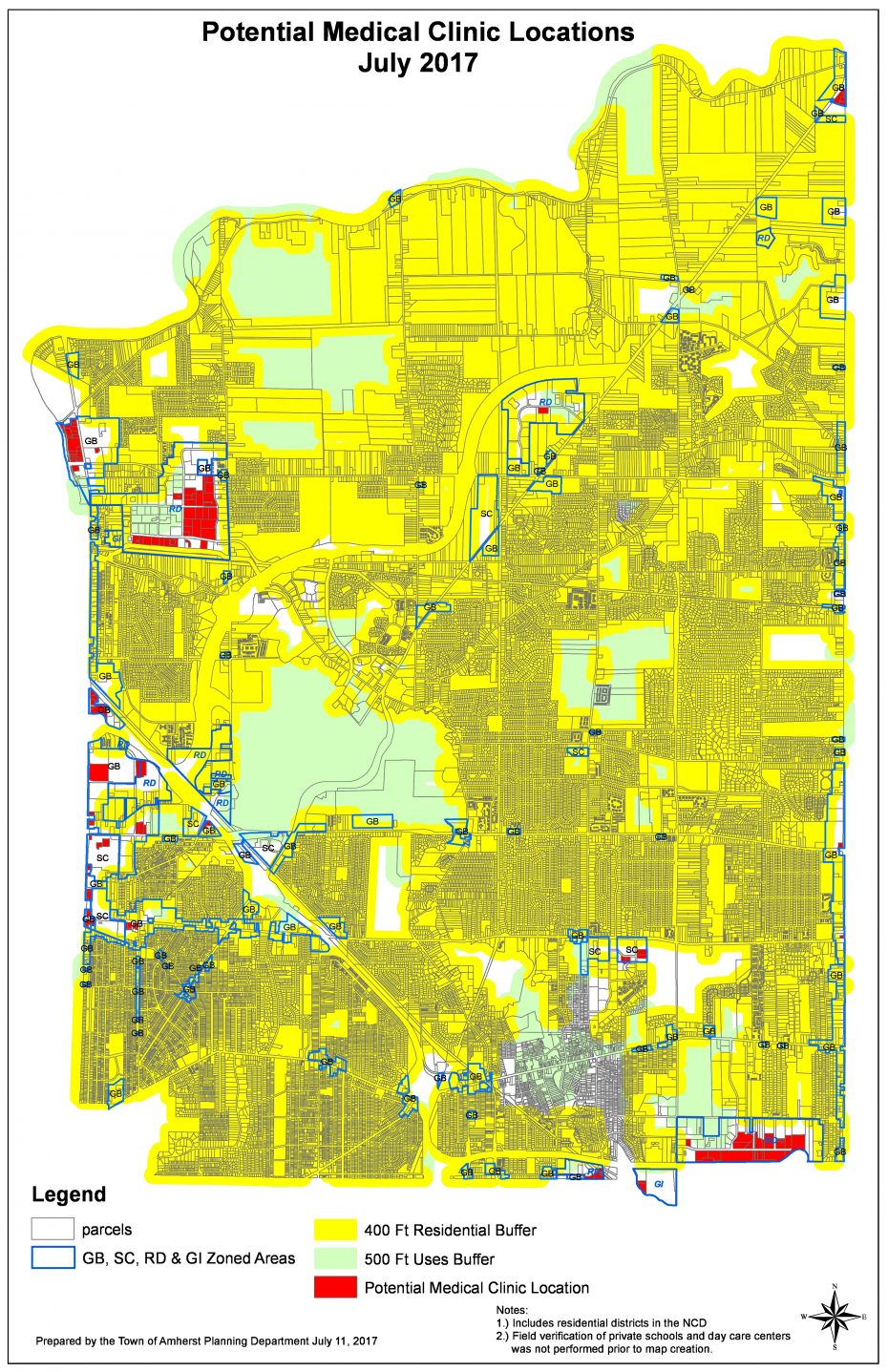 This is a map of the 129 proposed alternative methadone clinic sites that the Town of Amherst submitted to Catholic Health on Friday. Amherst wants the system to find a different site for its clinic, now proposed for 910 Millersport Highway.

Catholic Health wants its new clinic site to remain within the same 14226 ZIP code, or within one mile, of its current drug treatment clinic at 3730 Sheridan Drive, because that allows the system to ask the state Health Department for a limited review of its application to move the clinic to 910 Millersport Highway.

Catholic Health does not provide medication-assisted treatment at the Sheridan Drive site.

As of late Friday, Catholic Health officials were just beginning to review the map of alternative clinic sites that Amherst sent them and it was too soon to assess them, said JoAnn Cavanaugh, a system spokeswoman. The 129 sites were not identified by address or building name on the map the town sent to Catholic Health.

In a related development, Weinstein said he has written to state Health Commissioner Dr. Howard Zucker to urge him to reject Catholic Health's application for a certificate of need to operate the clinic on Millersport. Weinstein cited "misleading" information in the application and "intense neighborhood opposition."

He said the application referred to the positions of chairman and vice chairman of the Town Board, which do not exist, and purported to show support for the clinic from the Town Board that went far beyond what members had said at the time.

Catholic Health is being forced out of drug clinic on Sheridan

Cavanaugh declined Friday to comment on Weinstein's letter. The Health Department is continuing to review the application.