A male pedestrian who is about 30 years old was killed Sunday morning in a hit-and-run accident at Broadway and Gatchell Street, Buffalo police said.

Police have not identified the victim, who was struck just after 3 a.m. by an SUV traveling east on Broadway as he attempted to cross the street.

The victim was transported by ambulance to ECMC and pronounced dead at the hospital.

After striking the pedestrian, the vehicle hit an NFTA bus shelter, police said. Police said they recovered an unoccupied SUV that they believe was involved in the accident a short time later.

Police request anyone with information to call or text the Confidential TIPCALL Line at 847-2255. 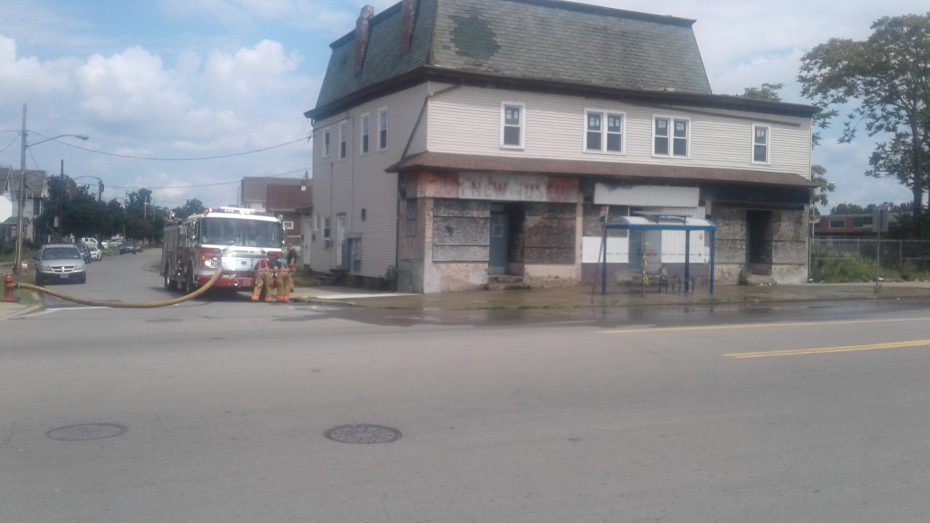 Buffalo firefighters hose down Broadway, near Gatchell Street, where a pedestrian was killed by a hit-and-run motorist in an incident at 3 a.m. Sunday, July 16, 2017. (Thomas Prohaska / The Buffalo News)

This is the second fatal hit-and-run accident in Buffalo this month.

Ramona Sanders, 40, of Walden Avenue, died after she was struck by a hit-and-run motorist July 6 near the corner of East Ferry and Grider streets.

Buffalo police also are investigating a hit-and-run accident that critically injured 7-year-old Tremont Seals on July 4 on Loring Avenue while Seals was watching fireworks in Trinidad Park. The boy was found injured in the street shortly before 11:30 p.m.

There's been no arrests in those two cases.