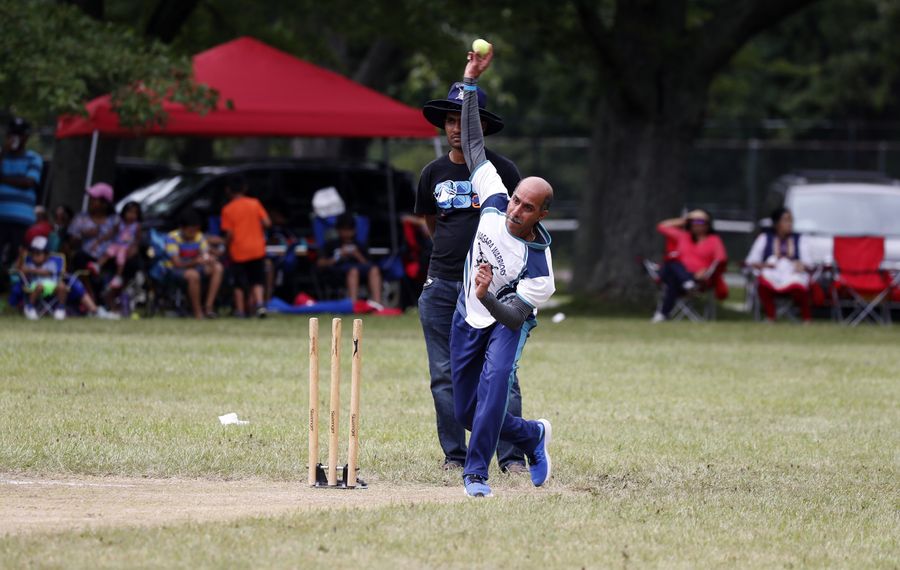 It wasn't the first crack of a bat in Ellicott Creek Park in Amherst, but it was the first official crack of a cricket bat in the Erie County parks system.

The India Association of Buffalo tried out the county's first and only cricket pitch Sunday afternoon. Until then, the group's 35 teams had played on parking lots near schools and apartment complexes. But roughly seven months after approaching the county about adding a dedicated field for the popular game, members were already bowling their first balls and running between the wickets.

"The Erie County parks are for everybody. There are hundreds of cricket players that now have a safe place to play and this is going to open up the sport for others," said Mark C. Poloncarz, county executive. "This is going to grow, without a doubt."

That fact was not lost on Joe McMahon, a liaison between the parks department and the county executive. He grew up in the Riverside neighborhood of Buffalo and said baseball diamonds were hard to come by in the city, so his friends played in parking lots, too.

"I was a city kid. You find places to play, but not safe ones, not green ones," he said. "Some of these players work three jobs. They have families. They deserve a place to have fun." 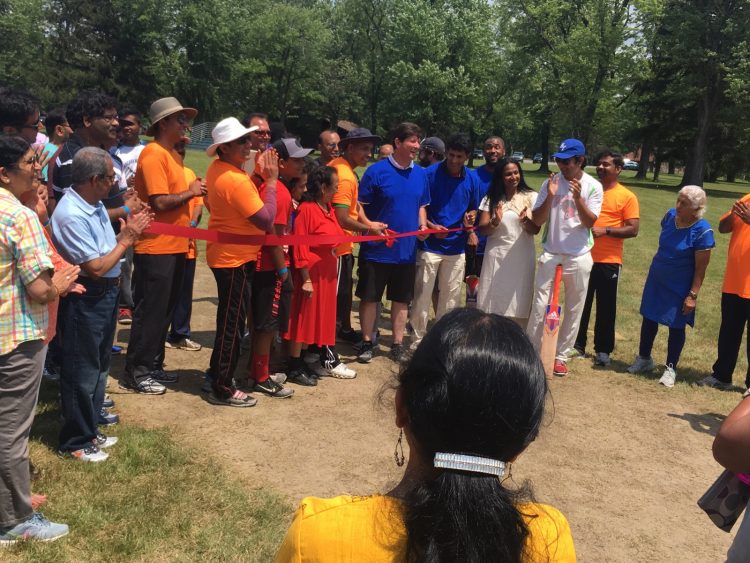 Dignitaries cut the ribbon on a new cricket pitch Sunday afternoon in Ellicott Creek Park in the Town of Tonawanda. (Samantha Christmann/Buffalo News)

Being able to play cricket in Erie County makes the Indian-American community feel "welcomed and appreciated," said Sibu Nair, president of the IAB.

"Now we have a piece of land that gives us a chance to pass this tradition to a younger generation," Nair said.

English colonialists brought cricket to India in the 1700s, but since then Indians and Indian-Americans have claimed the sport as their own. Similar to baseball, it's played in a circle instead of a diamond and with a flat, rectangular bat. Two teams of 11 face off, competing for runs between two "stumps" or wickets.

The clay pitch was rolled flat by the parks department, but the IAB will spend about $6,000 to make it larger and put in a concrete strip over the next two weeks. It will raise funds to erect a small set of bleachers and a scoreboard. Funds from cricket team memberships will go toward maintaining and striping the field at a cost of about $3,000 per year. The parks department will cut the grass and empty the garbage cans. 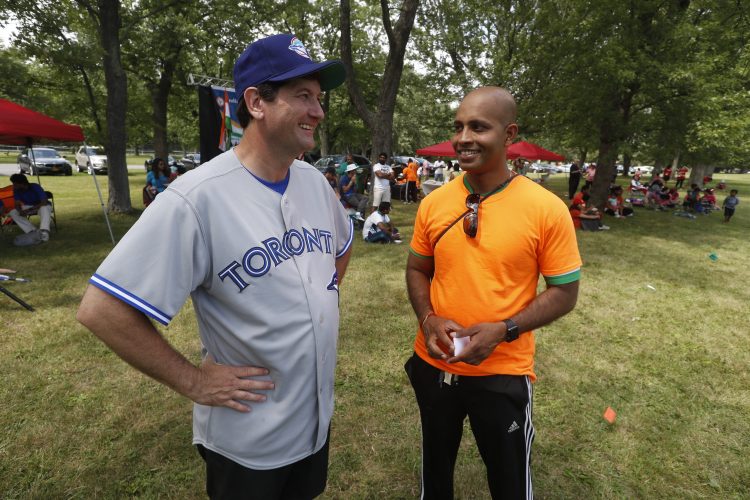 Other sports groups have similar agreements with the county, such as soccer groups that stripe their own fields and horseback riding groups that maintain their own trails on county land. The IAB will offer cricket lessons, bring in several cricket leagues and has plans to bring in at least three or four cricket tournaments a year.

"That's hundreds of people who will be spending money, staying in hotels, paying sales tax," Poloncarz said. "It's a win-win for everybody."

The parks department, which converted a little-used baseball diamond for the pitch, expects more cricket fields to pop up around the county, according to parks commissioner Daniel J. Rizzo. The county is looking for more ways maximize its 10,000 acres of public land.

"You own these parks," Poloncarz said to Erie County residents assembled at the pitch's dedication. "They're yours and we want you to enjoy them."