It's taking a little time for the regulars to find the new West Seneca Public Library, which has moved from its longtime home on Union Road. 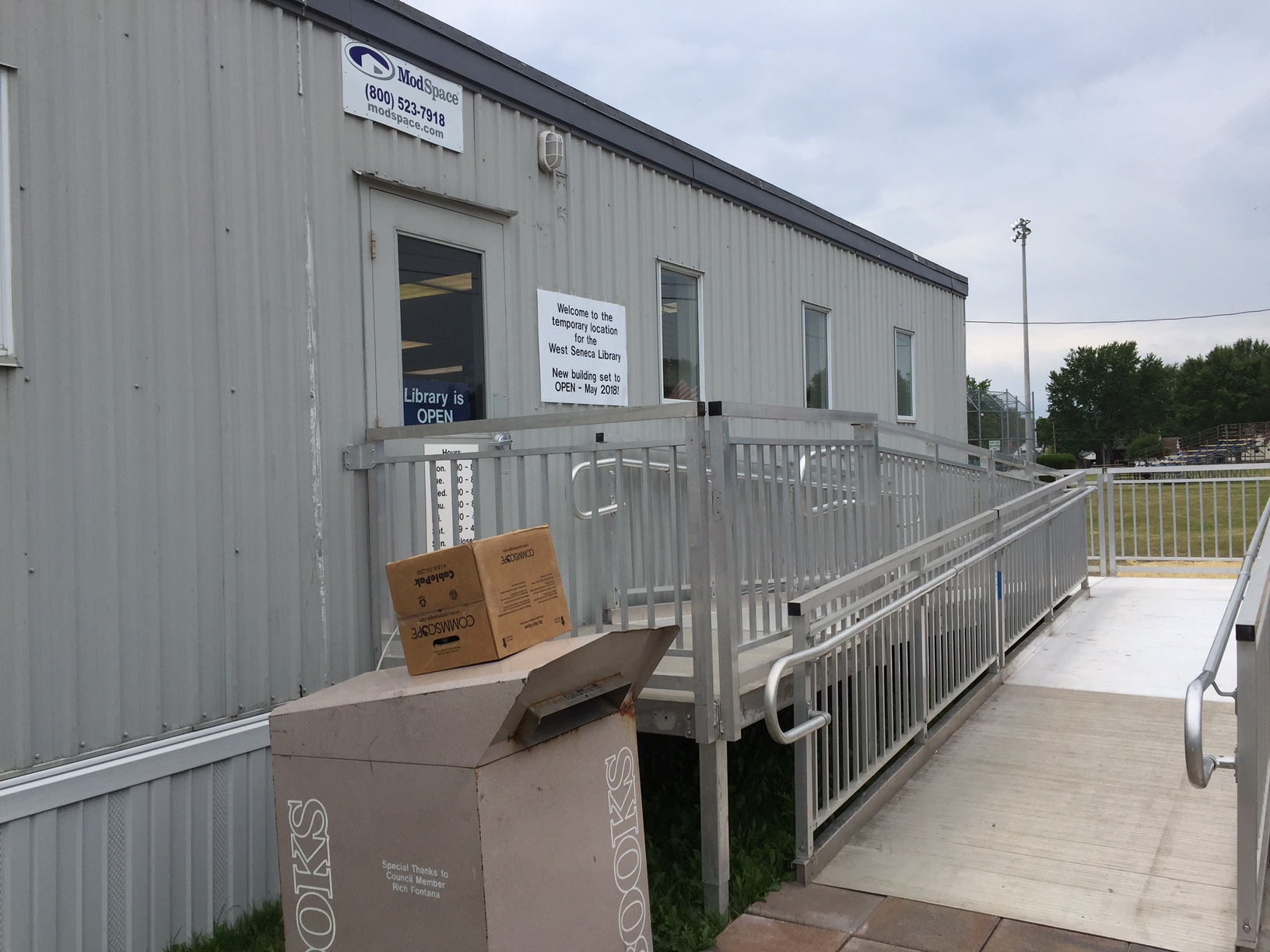 The West Seneca Public Library is now in a double-wide trailer on Legion Parkway until the new library and community center opens next May.

The library – for now – is in a double-wide trailer a couple hundred yards down Legion Parkway from the old library, which is being demolished for the new community center and library.

"We have been getting a lot of business, especially with the splash pad across the street and playground," Library Director Kathy Goodrich said. "A lot of our regulars found us and are coming back."

She said the library put much of its collection in storage, and has the most recently published books and magazines on display.

"It's temporary," town Supervisor Sheila Meegan said. "And at the end it's going to be fabulous."