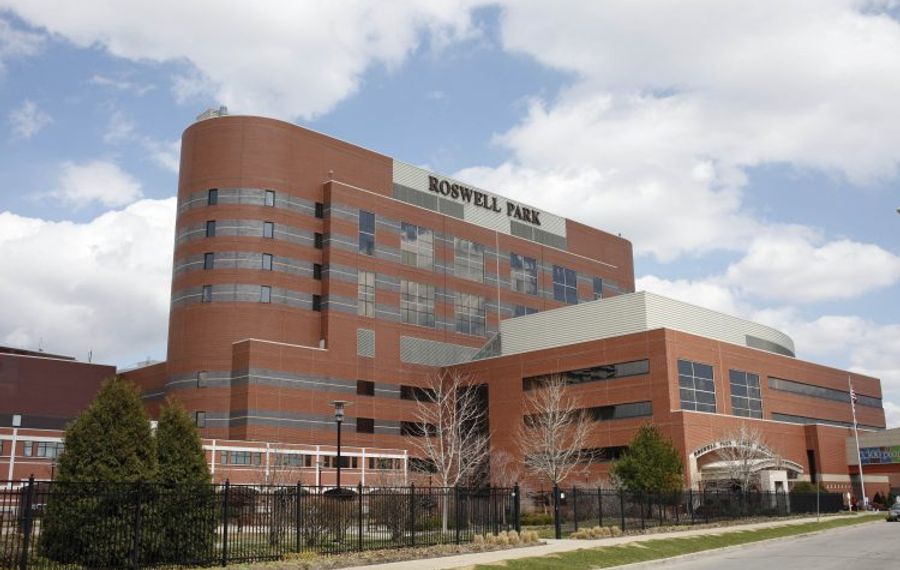 A nurse and a call center employee are alleging racial discrimination in lawsuits against Roswell Park Cancer Institute.

In one of the cases, both filed this week in U.S. District Court, the nurse also alleges the cancer center retaliated against her for reporting events she claimed posed a danger to a patient.

The employees are represented by a New York City law firm that is handling another racial discrimination case previously filed against Roswell Park by a physician.

"Their allegations collectively demonstrate a disturbing pattern and practice of race discrimination at Roswell Park," said Michael Willemin, an attorney with Wigdor LLP.

Officials at Roswell Park said they had not been served a formal summons and complaint from the two employees as of Friday. But they said their cases had been investigated by the cancer center's director of diversity and inclusion, and no evidence of racial discrimination by the institute or its staff was found.

"Roswell Park treats its employees fairly and respectfully and our diversity and inclusion record is strong," the cancer center responded in a statement.

In one case, Xantipple Conerly, a call center specialist, alleges that her supervisor used language that Conerly considered discriminatory, such as saying once that, "Every time I turn around, it looks as if all of the black people are coming to your desk," and referring to female Hispanic employees as "chica."

Among a number of issues, Conerly, who is black, alleges that her supervisor discouraged her from writing up white employees she supervised but routinely directed her to issue written discipline to black employees. Conerly also alleges that she was more frequently instructed to monitor black employees for time and attendance issues and to listen to black employee’s calls to ensure that they were “using the correct verbiage.”

After a medical absence, Conerly returned to work but under the supervision of another person, who she said berated her after three black employees approached her desk to welcome her back. She alleges that eventually the new supervisor directed her, but not others in a similar position, to abandon her regular duties and make phone calls to clients all day.

In April, Conerly alleges she was unfairly demoted from team leader to associate, and had her administrative privileges revoked and her laptop taken away.

Roswell Park contends that Conerly's case involved an inter-personal conflict unrelated to race between an employee and her supervisor, and that the conflict is in the process of being resolved.

"We were surprised to hear that that employee had retained an attorney, as we understood she was comfortable with our efforts to resolve the matter," Roswell Park said in its statement.

In the other new case, Terry Kearney, a registered nurse, alleges her supervisor engaged in discriminatory actions and retaliated against her when she complained.

Kearney, who is black, alleges she was regularly counseled and chastised for purported mistakes, but white nurses were not treated the same for similar conduct.

For example, Kearney alleges that in 2015 she was asked to re-take a class for nurses who have managerial responsibilities based on what she contends was a fabricated claim that she was not performing up to expectations in that role. Kearney also alleges that her supervisor did nothing when white nurses failed to update the record system following changes in a patient’s status, a situation she claims created a dangerous situation in which doctors do not have access to the most updated information regarding patients.

Kearney alleges that, following her complaints regarding a number of issues, some related to potential dangers in patient care, she was put on administrative leave and ordered to leave the building.

Roswell Park described the Kearney case as involving a disciplinary action of a nurse for a repeated patient care issue. The institute also stated that it has devoted substantial resources to its diversity programs, under the leadership of David Scott, director of the Office of Diversity and Inclusion.

Wigdor also represents Dr. Willie Underwood, a urologist, who alleges he was paid less than a less-experienced white counterpart, given unequal opportunities for advancement, offered less access to operative time without cause, and worked in an environment permeated with discrimination against him because he is black. Wigdor took over the lawsuit for Underwood after the court in January granted motions to dismiss certain aspects of the case against Roswell Park and his supervisor.

In the Underwood case, the parties engaged in a mediation session in May, and another session is scheduled for August, Willemin said.