Sometimes Jerry Janan stops, even now, to contemplate the impossible.

The gracious house in a quiet Williamsville neighborhood. The wife who's been at his side for 57 years. The family they built together. The teaching career. The buddies he golfs with. Even the last name that did not belong to him when he was born.

"The big thing is," he said, "I feel like I've been totally blessed."

When Jerry cannot sleep late at night, he labors over a notebook, trying to get his story down. At 82 years old, he wants to make sure his children and grandchildren fully understand. Many people intervened on behalf of a child they barely knew. Without them, all of this would have been lost.

Jerry's first memory is of utter darkness. He was 5 or 6, and he had been sent to a foster home in Syracuse. As punishment for some broken rule he cannot recall, his foster mother locked him in a compartment beneath the basement steps. He remembers her screaming. He does not know how long he was there, if it was for hours or for days.

All he recalls is hearing someone break into the house, the door swinging open and light pouring in. The strong arms of adults lifted him up. He guesses they were social workers. They brought him to a hospital to be sure he was all right. They put him in the care of Catholic nuns.

He did not learn the core of the tale until much later. How he was the child of a romance between a married doctor and a nurse in Binghamton. How his mother surrendered him, as an infant, to an orphanage and foster care. How she came to see him once or twice, when he was very small.

Jerry found her name in some records when he was an adult. He called the house in Binghamton where he believed she lived. The woman who answered the phone said his mother wasn't there. She said to him: "Don't ever call this house again."

Who that was, to this day, he's not completely sure. He was on his own, just as he'd been in that basement in Syracuse.

A few days after he was rescued, the nuns drove the child to a Lackawanna orphanage founded by Father Nelson Baker. The old priest had been dead for about five years when Jerry arrived at the place where he spent the next eight years of his life.

Jerry experienced great kindness from older boys who looked out for him, from a gentle counselor named Gordon Kennedy, from a one-legged night watchman the boys called "Joe Paps." On nights when Jerry couldn't sleep, Joe sat with him and told him stories. The child made friends who remain close to this day, including Mike Frawley, a golfing partner and retired firefighter.

To the best of his knowledge, even his name – Jerry Janan – was created for him in the orphanage.

Yet he also witnessed unforgettable cruelty inside the walls. He remembers one counselor he describes as "a wacko," a man who forced other orphans to pin down helpless children while he beat them with his fists. He remembers a nun who took a fierce dislike to him, who made him kneel in a corner of a classroom for much of the day or beat him with a heavy brush, who eventually refused to teach him at all.

In the end, he was removed from the orphanage and put in a foster home. He wept when he left.

"It was the only home I'd ever known," he said.

Jerry was placed with an older couple, Frank and Sara O'Malley, in Lackawanna. Frank, who had a hacking cough from years spent in the coal mines, kept telling the boy about the power of an education, how much different life can be for a kid who stays in school.

Among the O'Malley daughters was a teacher, Anne O'Malley Masterson. She had Jerry in her class at Franklin Elementary School. She worked with him on reading, on the basics of learning and she made a quiet promise:

"If you ever need a place to stay, you'll be welcome." 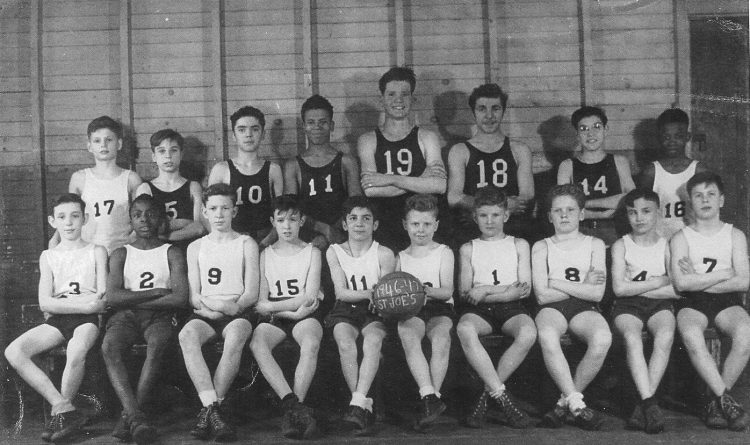 The O'Malleys, with Frank's health failing, left Buffalo and moved to a farm in Colden. Jerry, far from the city, was miserable. With the blessing of the older couple, he moved again, returning to another foster family in Buffalo. This foster mother saw the orphans who lived with her as servant laborers, a practice that in those days happened all too often, Jerry said.

He enrolled at Timon High School. If he was running late from football practice, the refrigerator door was locked at his foster home after 5 p.m., with no hope of food until the next day. Every weekend, he was told to scrub the bathroom, the stairs and the floors. Once he finished, he often was told: Scrub them again.

One day, he had enough. In a fury, he threw the bucket of water on the floor. The woman ordered him out. He put his few belongings in a wagon and walked away.

A few blocks away, he knocked on the door of O'Malley Masterson. He asked if she remembered her promise.

In that pivotal moment in his life, she took him in.

She was married, with an infant daughter, Sally. But Anne and her husband, Vince, saw something in this teenage orphan. He stayed with the Mastersons for the better part of 10 years. At Timon, at the beginning, he struggled in the classroom. He tore up his knee, playing football.

Mel Palano, a coach who would become a legendary athletic director, got him to a doctor. Palano thought it over and offered some advice: Run track and cross country.

Jerry started running. He rarely stopped. By his senior year, he was almost unbeatable in cross country. In track, he brought his time in the mile down to the 4:20s. He lost his last race, by a second, at the Connecticut Street Armory.

He was crushed, until a man approached him and shook his hand. Dr. Everett Ockerman, track and cross country coach at Niagara University, introduced himself. He asked Jerry if he'd be interested in a scholarship.

"But I lost the race," Jerry said.

"You never gave up," replied Ockerman, who became another key mentor in his life.

Jerry went to Niagara, where Ockerman looked out for him. In the summer, he worked in a coke-making plant or the steel mill. The conditions could be terrifying. He saw a red-hot bar of iron go through a man's chest.

"The older guys would say to me: 'Stay in school,'" Jerry said.

He listened. From that point on, it was all acceleration. He ran for a couple of years before an injury ended his career. He renewed his dedication to academics. He graduated and wondered what was next.

Again, when he needed it, someone stepped in. Palano called, from Timon. He wondered if Jerry wanted to teach history.

During that time, Jerry met Judy Schaper, when he and some buddies took a trip to Lime Lake. He and Judy soon were married. Jerry spent nine years as a teacher at Timon and Maryvale, before he decided to try a career as a broker. He hated it. He spent far too much time drinking, far too many blackout Friday nights in South Buffalo, a situation that created growing distance from his family.

Amid it all, after a downpour, he and a buddy decided to go kayaking on Cattaraugus Creek in Zoar Valley. The waters were swollen, raging, from the rain. The kayak overturned. Jerry, without a life jacket, was pulled beneath the churning torrent. He prayed to God: "Please get me out of this."

He was pushed into some rocks. He walked away unhurt. The nights in South Buffalo came to an end.

He was saved, his wife, said "physically and spiritually."

A friend told him about a program called BOCES, an educational program geared toward high school students who wanted to learn a trade, students who often struggled in traditional settings. In those teenagers, Jerry saw himself. 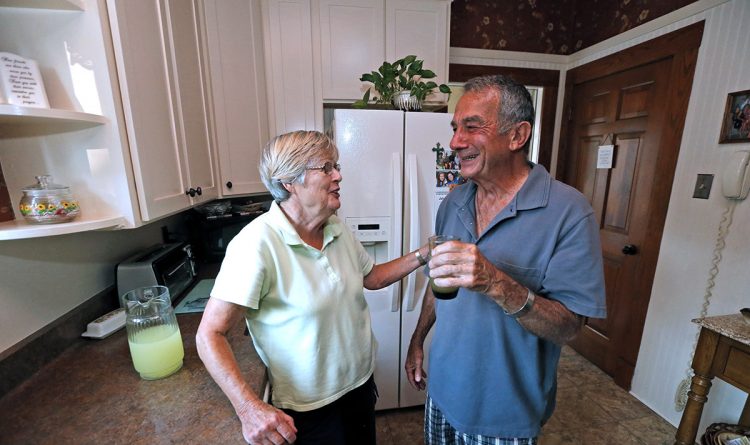 Jerry Janan on his wife Judy: "I wouldn't have made it without her." (Robert Kirkham/Buffalo News)

He taught there for 25 years, until he retired.

He and Judy raised four daughters, three of them educators. The couple has been in the same house in Williamsville since 1964.  "I wouldn't have made it without her," Jerry said of his wife, recalling how she stood by him during the drinking, during the years when childhood wounds threatened to overwhelm him.

Jerry sometimes walks onto his front porch in a neighborhood shaded by ancient trees, a neighborhood where American flags seem to fly from every stoop, and he wonders:

How does an orphan who could barely read, an abandoned kid who was locked in the dark in a basement, end up in such a place?

At night, when the memories are too much to let him sleep, he makes a point of writing down what he saw. He will leave those notebooks, that detailed narrative, to his daughters. From it all, he said, there's one message he hopes they will remember, the gift so many people gave a kid who had no chance.

Sean Kirst is a columnist with The Buffalo News. Email him at skirst@buffnews.com, write to him in care of The Buffalo News, One News Plaza, Buffalo 14240 or read more of his work at https://buffalonews.com/author/skirst/