There have been at least three pedestrians critically injured by hit-and-run drivers in Erie County in a 23-day period. No arrests have been made in any of them.

A 40-year-old woman died after she was struck in a hit-and-run accident Thursday night near the corner of East Ferry and Grider streets in Buffalo. Buffalo police have not identified the woman.

A 7-year-old boy, Tremont Seals, was critically injured by a hit-and-run motorist on July 4 on Loring Avenue in Buffalo while he was watching fireworks with his family in Trinidad Park. The boy was found injured in the street shortly before 11:30 p.m.

Dana Papaj, 53, of Grand Island, has been in a coma since she was struck by a pickup truck driven by a hit-and-run driver on June 13 while walking her dog on East River Road, between Whitehaven Road and Riverwoods Drive, on Grand Island. In that case, State Police have seized a pickup truck they believe struck Papaj but are trying to determine who was driving the vehicle at the time of the accident. The pickup truck is registered to a New York State corrections officer Edward J. Kuebler III of the Town of Tonawanda, Kuebler's attorney has confirmed. 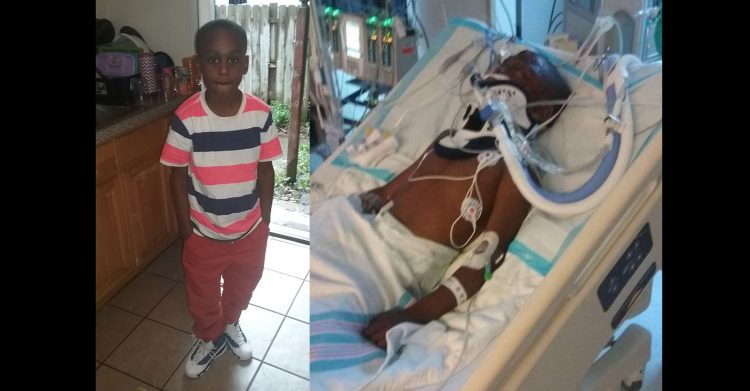 Tremont Seals, 7, on left, in a family photo and a photo of him in his hospital bed at Women and Children's Hospital in Buffalo. (Provided by the Seals family)