Two days after 7-year-old Tremont Seals was struck so hard in a hit-and-run accident that the impact threw his body under a parked car, the boy remained in a medically induced coma, with his parents by his side.

"We tell him we love him. We need him. That he's got a lot of people that care about him," his mother, Tameka Jones, said.

Tremont, known as "Trey," was at a neighborhood party at Trinidad Park on the night of the Fourth of July when police say he was struck by a car on Loring Avenue.

Doctors told the family that an MRI showed that Trey had suffered a traumatic brain injury and that the damage to his brain was severe. "He has damage to his lungs and broken bones in his face," Jones said.

Both police and Trey's family asked the public's help in identifying the driver who hit the boy. They asked anyone with information to call or text the Buffalo Police confidential TIPCALL line at 847-2255.

Tuesday night, Trey, who just finished the second grade at Hamlin Park Elementary School, was playing with brothers and sisters and neighborhood friends at Trinidad Park, where a large Independence Day party was underway, according to relatives and neighbors who were there.

Hundreds were in attendance. The streets were lined with cars. Food was laid out on the park benches and a DJ played music as rounds and rounds of fireworks of all kinds were set off from a concrete lot at the corner of Loring and Trinidad Place.

Neighbors said they called the police to complain about the fireworks and noise from the party.

It was a little before 11:30 p.m. when someone realized Trey was missing.

Then a woman cried out: "There's a kid under a car!"

It was Trey. He was lying on the roadway, just under the front of a parked vehicle. He wasn't breathing.

Trey's father, Richard Seals, ran to him and scooped him out from under the vehicle, the aunt said. "He was swelled up like a balloon."

There was some confusion about what had happened. Some thought he had been shot or hit by fireworks.

Trey's father began performing CPR. Another relative ran over to help tend to the boy. Someone called 911 and an ambulance crew took the boy to the hospital. 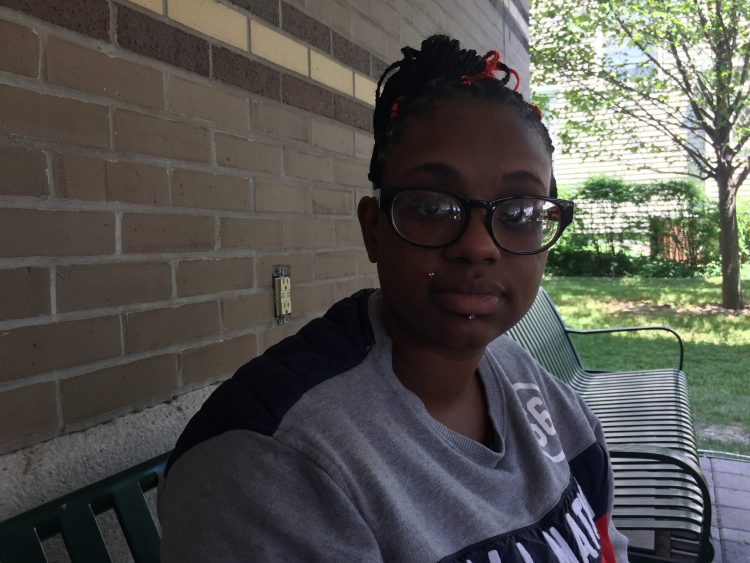 Tameka Jones has remained at Women and Children's Hospital in Buffalo since her son, Tremont Seals, 7, was badly injured in a hit-and-run on the Fourth of July. (Maki Becker/Buffalo News)

As of Thursday, Trey had not regained consciousness.

He was hooked up to a ventilator that's helping him breathe. "He is doing some breathing on his own," his mother said as she sat on a bench just outside the hospital to talk about her son. She looked tired but was remarkably composed as she spoke about her son's precarious condition.

Jones said she hasn't slept much since the hit-and-run. "A couple hours here and there," she said, dressed in sweats and slippers.

She and Seals, who have five children together, have been at the hospital around the clock. They've both taken leaves of absences from their jobs and their family members are helping take care of the other children.

"Just worrying and wondering and prayers," she said.

Jones said she understands that the driver didn't mean to hit her son.

"I think accidents happen," she said."I'm actually praying for the person. I know their life is never going to be the same. Same as with my son."

Jones isn't optimistic about the driver being found, but she hopes whoever it was does come forward.

"I think it would be a sense of relief for me. I really do," she said.

Other family members also urged the driver to do the right thing.

"Please turn yourself in," said Taesha Collins, another aunt, standing a few feet away from the orange markings police made on the ground where Trey had been found Tuesday night. "Sitting around makes it worse on yourself."

Seals, the aunt, said she can't understand why no one has come forward.

"To think someone would leave a child like that," Seals said. "This is a child we're talking about. If this was your son, if this was your nephew, you would want justice served."

Friends of the family have started a gofundme.com campaign to support the parents and help pay their bills.

"Both my brother and sister-in-law work full time and they have five other kids," Seals said. "This is really devastating for our whole family. They will not be able to go back to work right now."