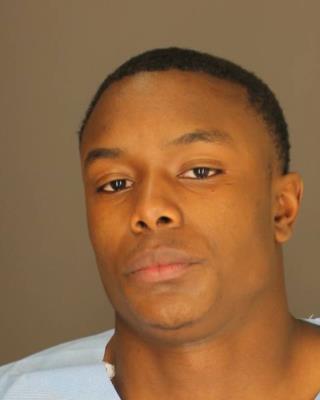 Devere Thomas was indicted on a charge of attempted assault of a police officer. (Erie County Sheriff's Office)

A 22-year-old Buffalo man was indicted on a charge of attempted assault of a police officer for an incident involving a Niagara Frontier Transportation Authority officer in February, the Erie County District Attorney's Office announced Wednesday.

Prosecutors say a NFTA officer tried to pull Thomas over near Main and West Utica streets on Feb. 2 for a traffic infraction but Thomas did not comply. Thomas allegedly drove away, almost hitting the officer who fired a shot at Thomas' vehicle. Thomas, who was shot in the hand, allegedly took off, crashing his car into a dumpster before he tried to flee on foot and was caught.

Thomas' brother was also in the vehicle.

Thomas pleaded not guilty and bail was set at $15,000 cash or bond. If convicted, Thomas faces two to seven years in prison.