Buffalo’s most famous – or infamous – season has long been the butt of jokes, largely on account of that pesky Blizzard of ’77. Of course, one season of falling snow, frigid temperatures and high winds should not define a city – Buffalo has a lifetime of that season, to her credit – but winter did contribute to one of the costliest disasters in the city’s history on Jan. 21, 1959.

Toss in a pair of thirsty crewmen, a philandering watchman and a runaway ship whose length would dwarf a football field, and you have yourself the so-called Tewksbury Incident. 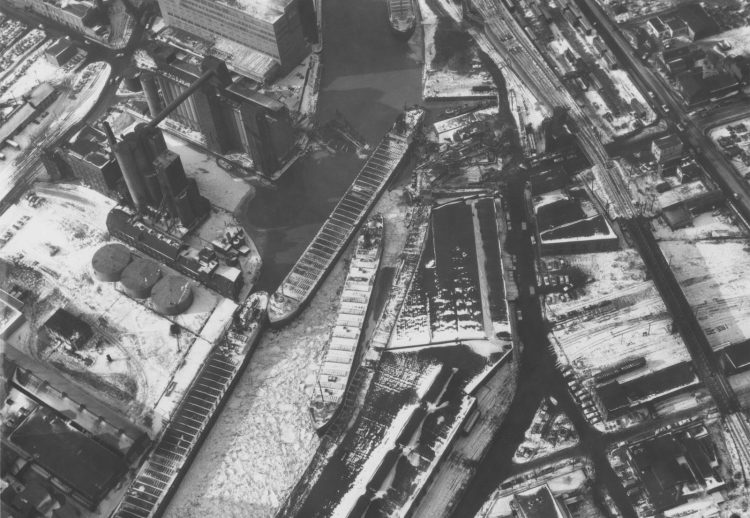 An aerial view of the Buffalo River shows the two runaway freighters and the collapsed Michigan Avenue Bridge. (Photo courtesy of the Buffalo History Museum)

The winter of that year had been exceptionally cruel, defined by heavy snow, bitter temperatures and blowing winds, but on Jan. 21, there was an unseasonable thaw that broke up the sheet of ice along Cazenovia Creek, pushing it toward the Buffalo River. Down river, the ice jam barreled into the hull of the freighter MacGilvray Shiras, which was moored for the winter at the Concrete Central Elevator near the foot of Smith Street. Its moorings splintered and, propelled by the ice jam behind it, the unmanned freighter, incredibly, deftly maneuvered the corners of the meandering Buffalo River until it came to the Michael K. Tewksbury.

The Tewksbury, too, was moored for the winter but at the Standard Elevator near the foot of St. Claire Street.

The MacGilvray Shiras plowed into the Tewksbury, wrecking that freighter's moorings. Together, the two unmanned freighters raced under the Ohio Street Bridge, which was raised for the winter. The Michigan Avenue Bridge did not fare as well, unfortunately, as the Michael K. Tewksbury crashed into it, and the bridge fell into a tangled heap of steel atop the resting freighter.

The worst was yet to come, however, as the frigid waters of the Buffalo River backed up and poured into 18 blocks of the Old First Ward throughout the night.

Weather could not solely be blamed for the disaster. A boat watchman for the Michael K. Tewksbury had left his post to visit his mistress. A pair of bridge crewmen had left their posts at the Michigan Avenue Bridge to indulge in drink at the nearby Swanee House. 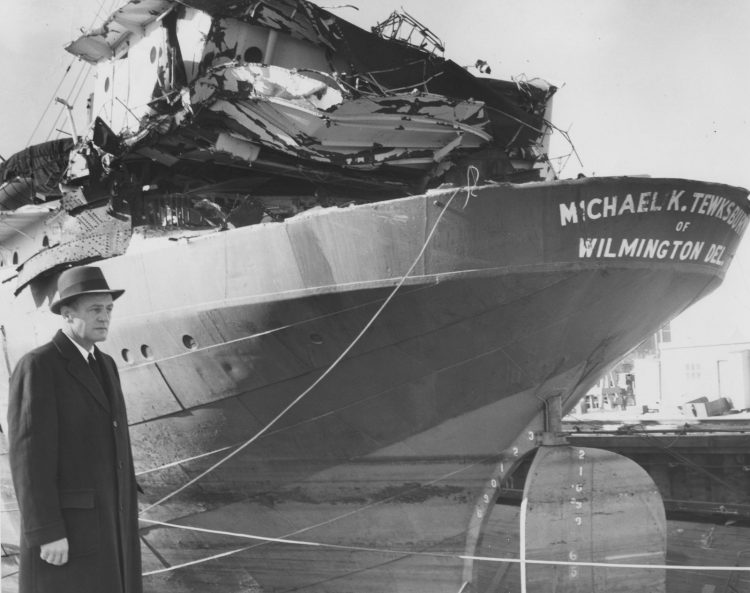 Michael K. Tewksbury, president of the Midland Steamship Lines, surveys the damage to the ship bearing his name following the accident. (Photo courtesy of the Buffalo History Museum)

Ultimately, it was the Kinsman Marine Transit Co., owner of the MacGilvray Shiras, that bore responsibility for failing to securely moor the freighter. Damages to the bridge and neighboring properties surpassed $6 million, but other than some minor injuries sustained by the pair of bridge crewmen who hurried back from the tavern in a desperate attempt to raise the bridge, no one was hurt in the Tewksbury Incident. 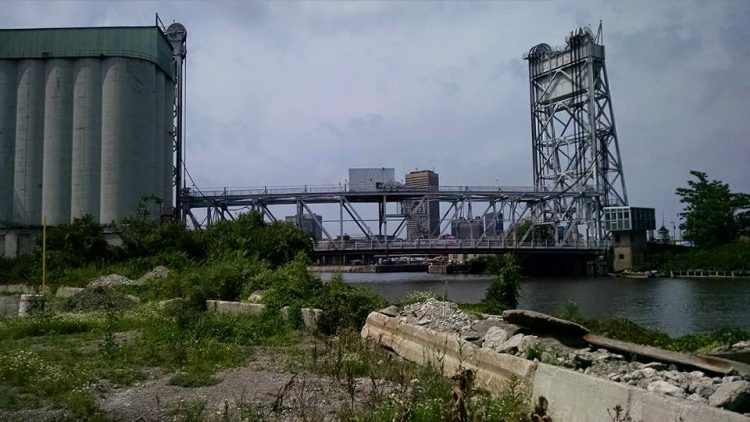 A new vertical lift bridge – the fourth bridge spanning the Buffalo River near Michigan Avenue – was constructed to replace the one lost during the Tewksbury Incident. This bridge still stands today. (Todd Hariaczyi/Special to the News.)