A Sportsman's Tale / From Joe Croom

We were fishing by the Skyway Bridge near St. Petersburg, Fla., in late June, targeting tarpon, at first without success. We had caught a a sand shark, a hammerhead and a cobia but that prized catch remained elusive.

And then, bam! The hit was incredible. As soon as the fish found out it was hooked, it took line for about 30 seconds straight.

I had caught tarpon before fishing with Capt. Gene Maxwell of Island Lure of St. Pete's. Big ones, too. My uncle, Dan Kusz, reeled in a 120-pounder the day before.

But this one was special. After taking all that line it came skyrocking out of the water. Then it proceeded to drag the boat for 25 minutes, covering about a half mile.

After horsing the fish in the fight was over in about 30 minutes. It went 180 pounds, 30 pounds more than my previous high caught with Capt. Maxwell. My Adreanaline was so high i felt like i could have fought another three fish.

The timing was special, too. It came four days before my 23rd birthday. 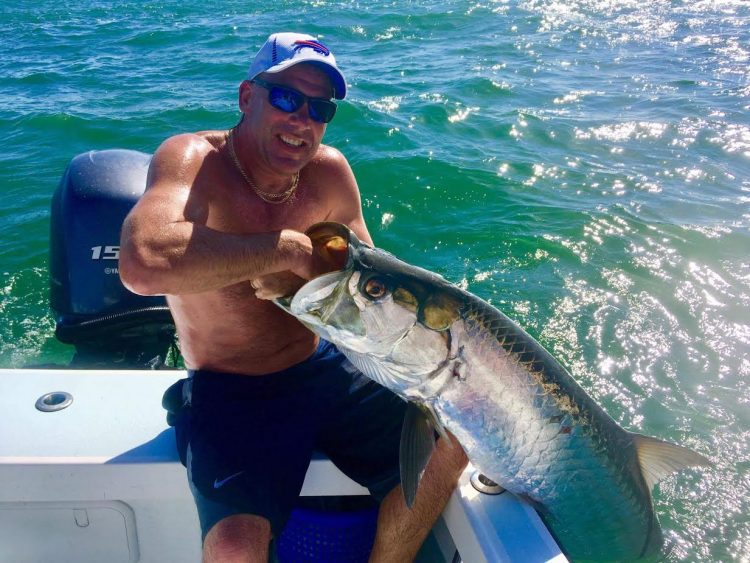 Dan Kusz with his 120-pound tarpon caught the day before.