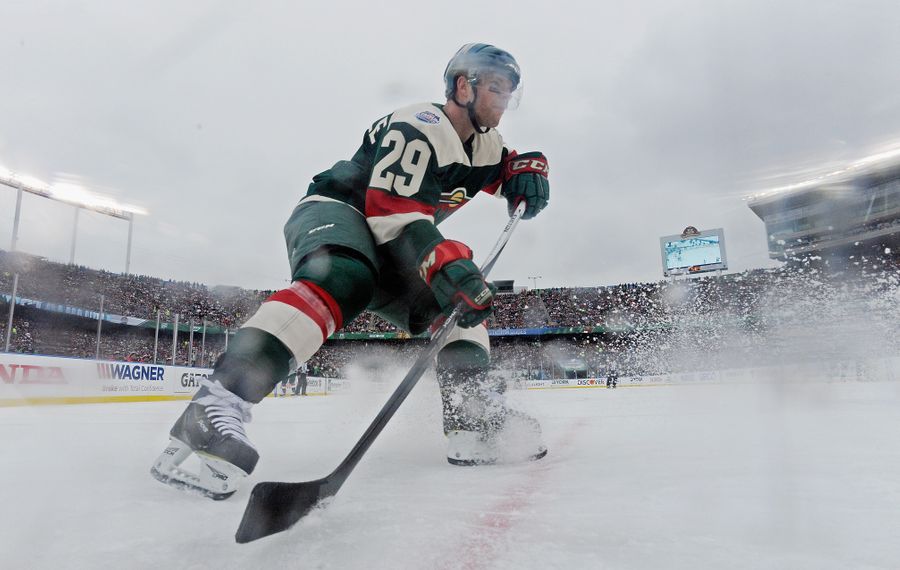 Of all the things Jason Pominville has seen during the past 16 years, few rival the playoffs in Buffalo. It was joy-filled chaos, and he wants his new Sabres teammates to experience the fun.

“I was fortunate to play those back-to-back conference finals,” Pominville said Friday after a six-part trade brought him back to the Sabres. “There was 10,000 to 15,000 people outside of the rink watching the game on a screen. Hopefully, we can bring that same buzz to the city again and get into the playoffs and create that atmosphere again because it’s definitely something that I still talk about.

“You want younger players to have the chance to see and to live what we were able to do.”

As Pominville talked, his 7-year-old son ran around the house in a Sabres jersey. The former captain was worried that the kid who’d spent the last five years in Minnesota would dread moving. There was no need to worry.

“My little one said, ‘You’re going to have the chance to play with Jack Eichel!” Pominville said. “He’s pumped and excited.”

That was exactly what General Manager Jason Botterill wanted to hear. He added defenseman Marco Scandella, Pominville and a fourth-round pick in the 2018 NHL Draft from the Wild in exchange for forwards Tyler Ennis, Marcus Foligno and a third-round pick.

With free agency starting at noon Saturday, Botterill is expected to add even more.

“We’re certainly trying to build an environment here where we want people who are excited about being in the Buffalo Sabres’ organization,” Botterill said.

The GM says he’ll hit the marketplace “finding the right fit versus a big bang.” Adding Scandella has allowed him to do that. 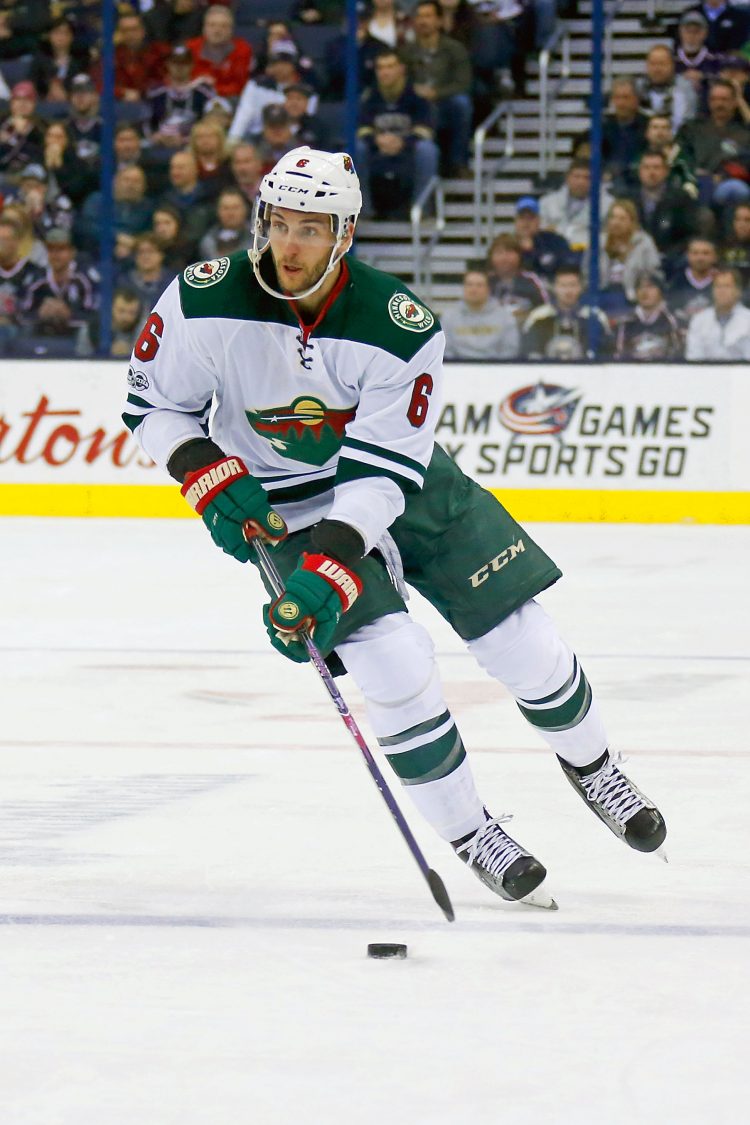 Marco Scandella knows what to do with the puck on his stick. (Getty Images)

Though Pominville has the name recognition in Buffalo, Scandella is the centerpiece of the deal. The 6-foot-3 defenseman is solid in both zones, makes good outlet passes and killed penalties for the Wild. He scored 11 goals in 2014-15 and has been a plus player four of the last five years.

Because of Minnesota’s depth, the 27-year-old had trouble cracking the top two defense pairs. That won’t be a problem in Buffalo.

“He was surrounded by some very good players in Minnesota, but we also felt when he did have an opportunity to play, he played very well there,” Botterill said. “He’s going to have a chance to have a bigger role, bigger minutes. We think he’s in a position in his career now to really take hold of it and handle those big minutes.”

Defense was the Sabres’ weak spot when Botterill took over in May. Not anymore. The left side of the blue line features newcomers Scandella, Nathan Beaulieu and Victor Antipin, plus holdovers Jake McCabe, Josh Gorges, Justin Falk and Brendan Guhle. The right side has Rasmus Ristolainen, Zach Bogosian, Casey Nelson and Taylor Fedun.

New coach Phil Housley can mix and match with the knowledge even more might be on the way.

“We have veteran leadership back there,” Botterill said. “We have young players from a puck-mobility standpoint. We have guys who can play a two-way game.

The Sabres didn't have a lot to spend in free agency, and they took on more salary in the deal. Pominville has two years left at $5.6 million per season. Scandella has three years remaining at $4 million per year. Ennis has a $4.6 million cap hit for the next two years, while Foligno had been issued a $2.25 million qualifying offer.

The top 27 players in the Sabres’ organization account for $73.2 million, including qualifying offers and potential entry-level performance bonuses. The NHL salary cap is $75 million, though teams can go over it by 10 percent during the summer.

The Sabres still have room to add backup goaltender Chad Johnson on Saturday and bid for skaters.

“We’re looking at shorter-term contracts with a lot of the free agents,” Botterill said. “This was an important addition with making the trade for us. It’s sort of put us at ease where, ‘Hey, we don’t have to force issues here tomorrow.’

“If there’s something that makes our team better, we’ll do it, but we don’t have to do anything crazy.”

Pominville can’t wait to see the fans go crazy. After 11 years with Buffalo, the 34-year-old enjoyed his five seasons in Minnesota. The last one, though, had its trying moments. He recorded 13 goals and 47 points in 78 games, but he was ninth among Wild forwards in ice time at 14:13 per game.

“My five-on-five production was still pretty high for on-ice time,” said Pominville, who scored all of his goals at even strength. “I still think I could be a good player and help the team out whether it’s an offensive role, a checking role or whatever role I’m put in.

“I’m excited about this year, and I think we can make strides. Every team is competitive. Every team wants to be in the playoffs. It’s not easy to do. If you look at the squad and the team and the depth that is on paper, I think we can get in. That’s that goal.

Buffalo says welcome (back) to Pominville