The opening of NHL free agency this weekend marks 10 years since the Sabres let co-captains Danny Briere and Chris Drury get away, gutting the heart of the Sabres' Presidents' Trophy-winning, post-lockout teams. Here is a look back at News covers and stories from that week.

As free agency opened, Tim Graham's story noted that Briere and Drury were thought to be two of the biggest free agents on the market. "Face of Sabres could change today," our top headline read. 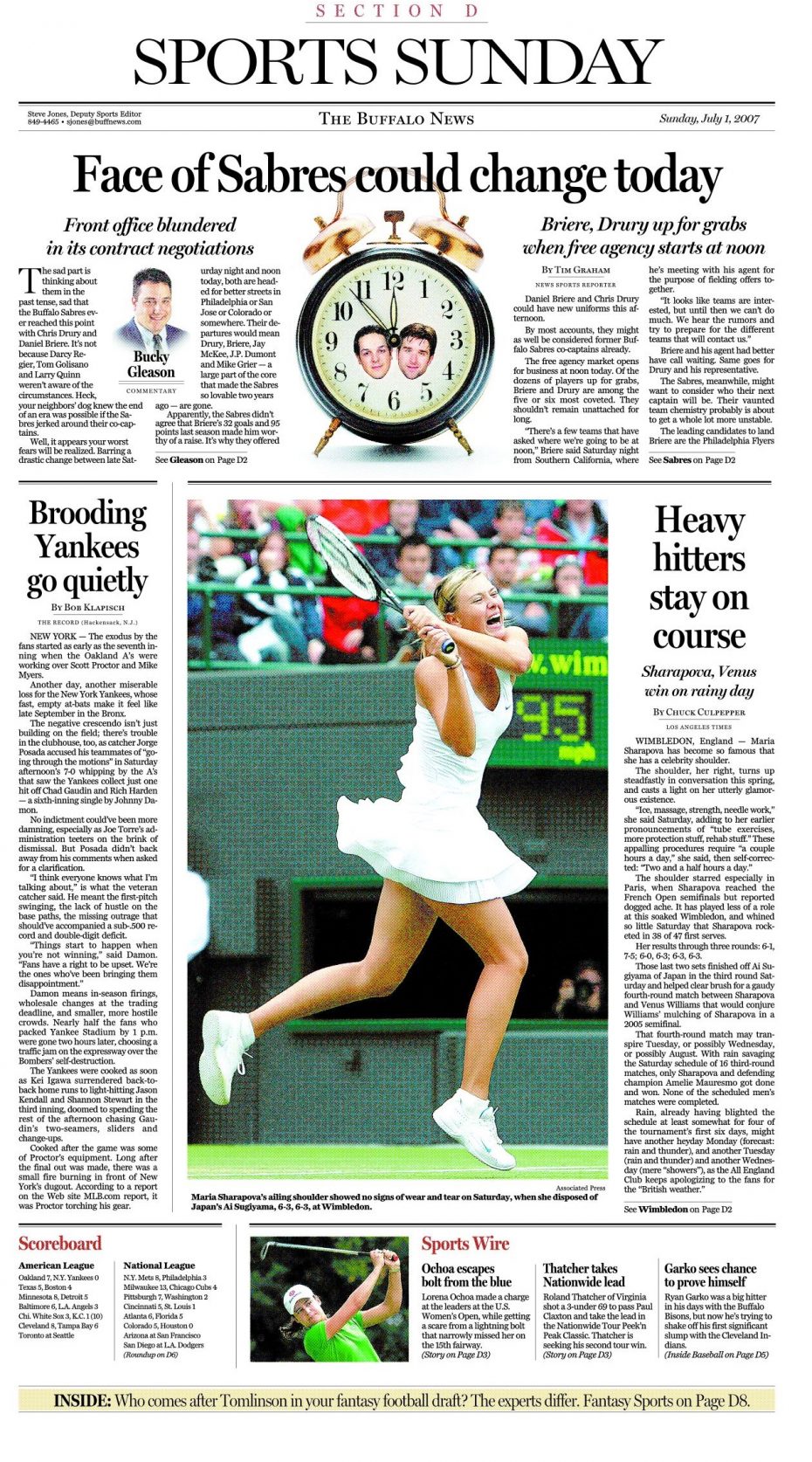 Briere, Drury up for grabs when free agency starts at noon

It happened. Both Drury and Briere left in free agency. Columnist Bucky Gleason skewered the Sabres front office while Graham referred to the event as "Black Sunday." 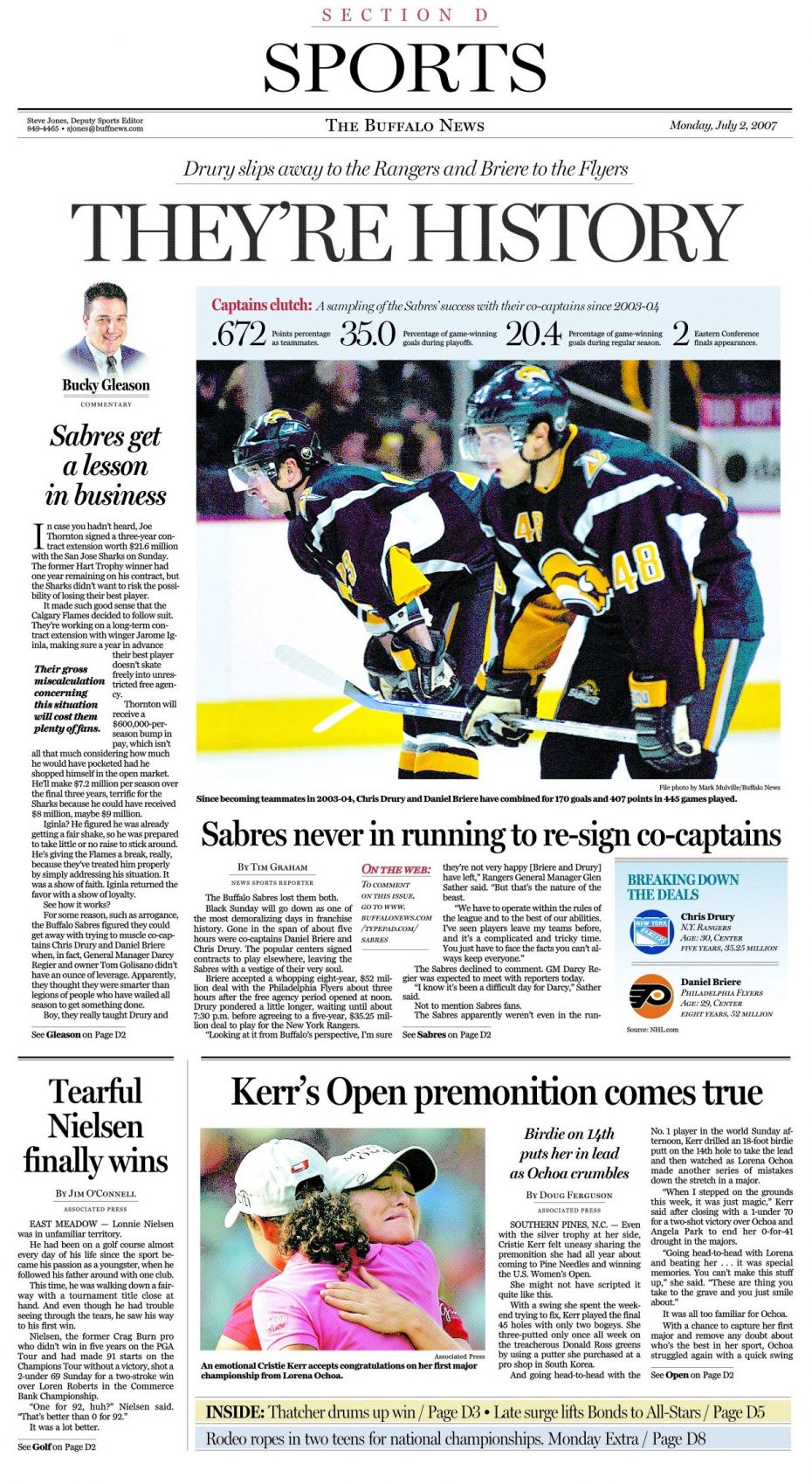 Bucky Gleason: Sabres get a lesson in business

Tuesday's lead story, co-authored by John Vogl, Graham and Gleason, detailed how the Sabres had an agreement in place with Drury, but failed to present a contract. It ran on the front page. 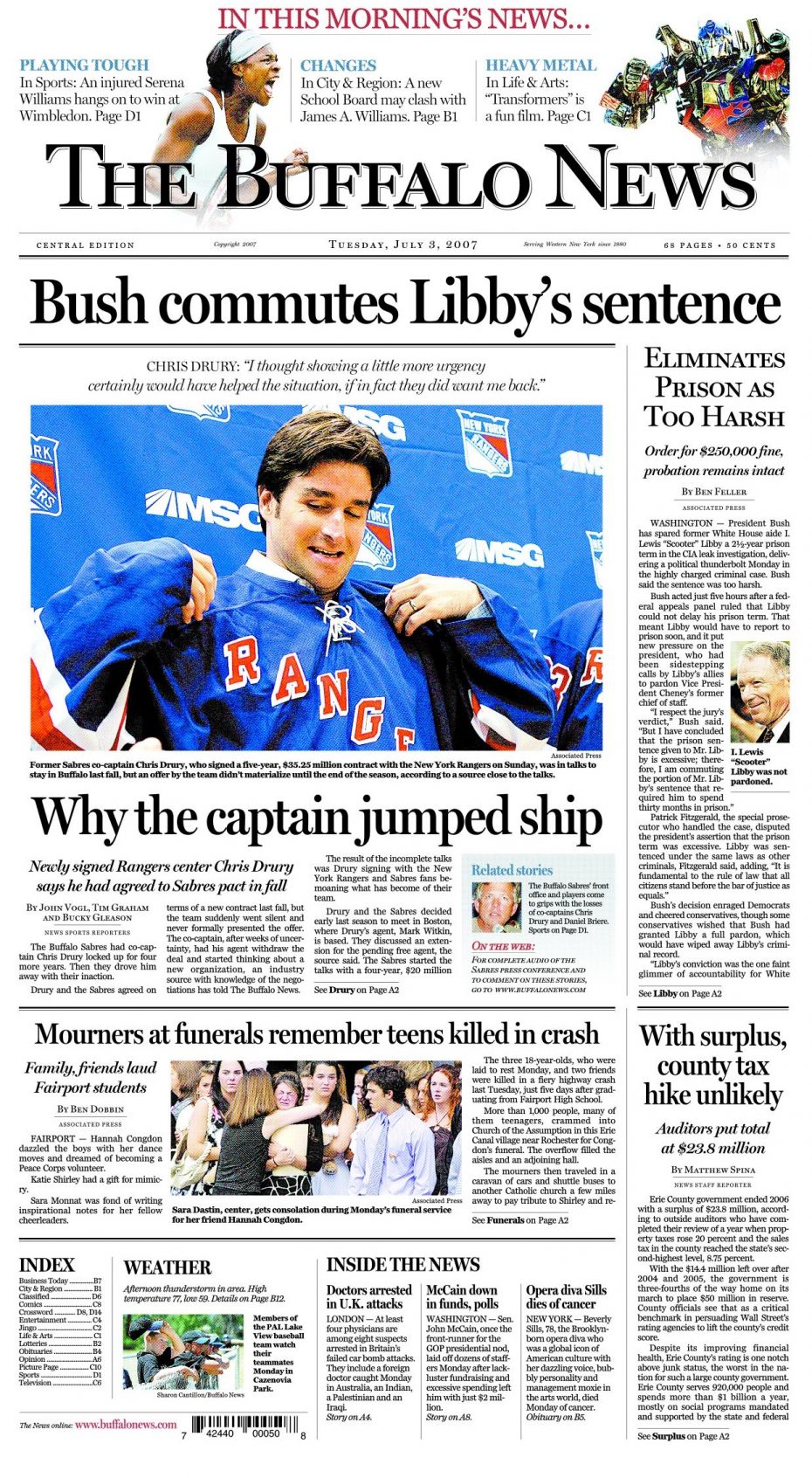 In sports, Darcy Regier and Larry Quinn's meeting with media went on the cover. 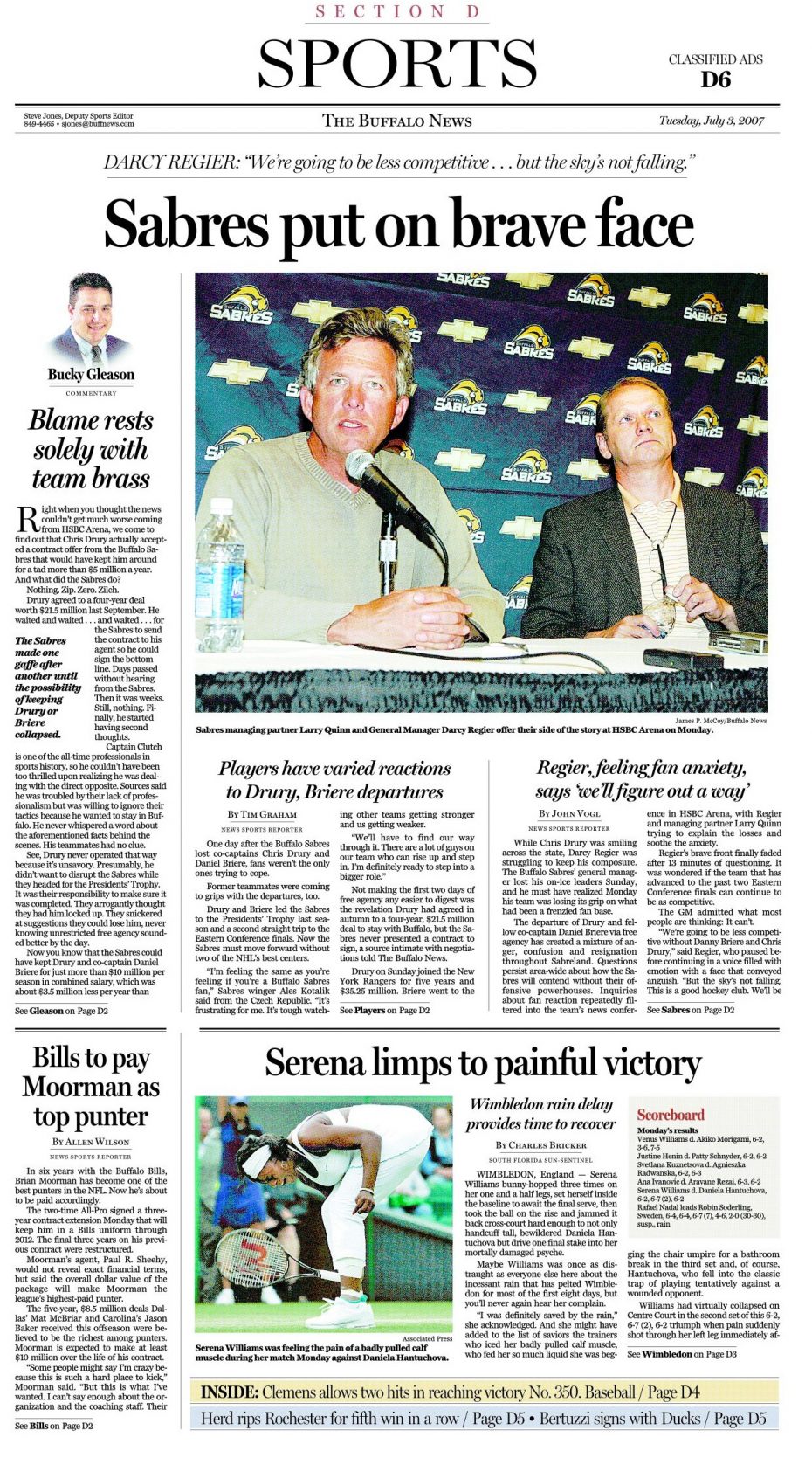 "I'm feeling the same as you're feeling if you're a Buffalo Sabres fan," winger Ales Kotalik told Graham. "It's frustrating for me. It's tough watching other teams getting stronger and us getting weaker."