Barbecue doesn’t call for the choicest parts of the animal, rare spices or innovative ideas.

Instead, it involves gnarly cuts, simple seasonings and some of the oldest cooking techniques known to civilization to produce breathtaking results. The best barbecue is the one that makes you happy, but my search reminded me of the axiom: If it needs sauce to satisfy, you need to find better barbecue.

Racks of St. Louis-cut pork ribs get rubbed thoroughly with seasoned salt and black pepper before getting their introduction to hickory smoke. After about three hours, they’re ready for the next step. When an order comes in, ribs are slicked up with barbecue sauce and slightly charred on a grill, to develop a finishing crust. 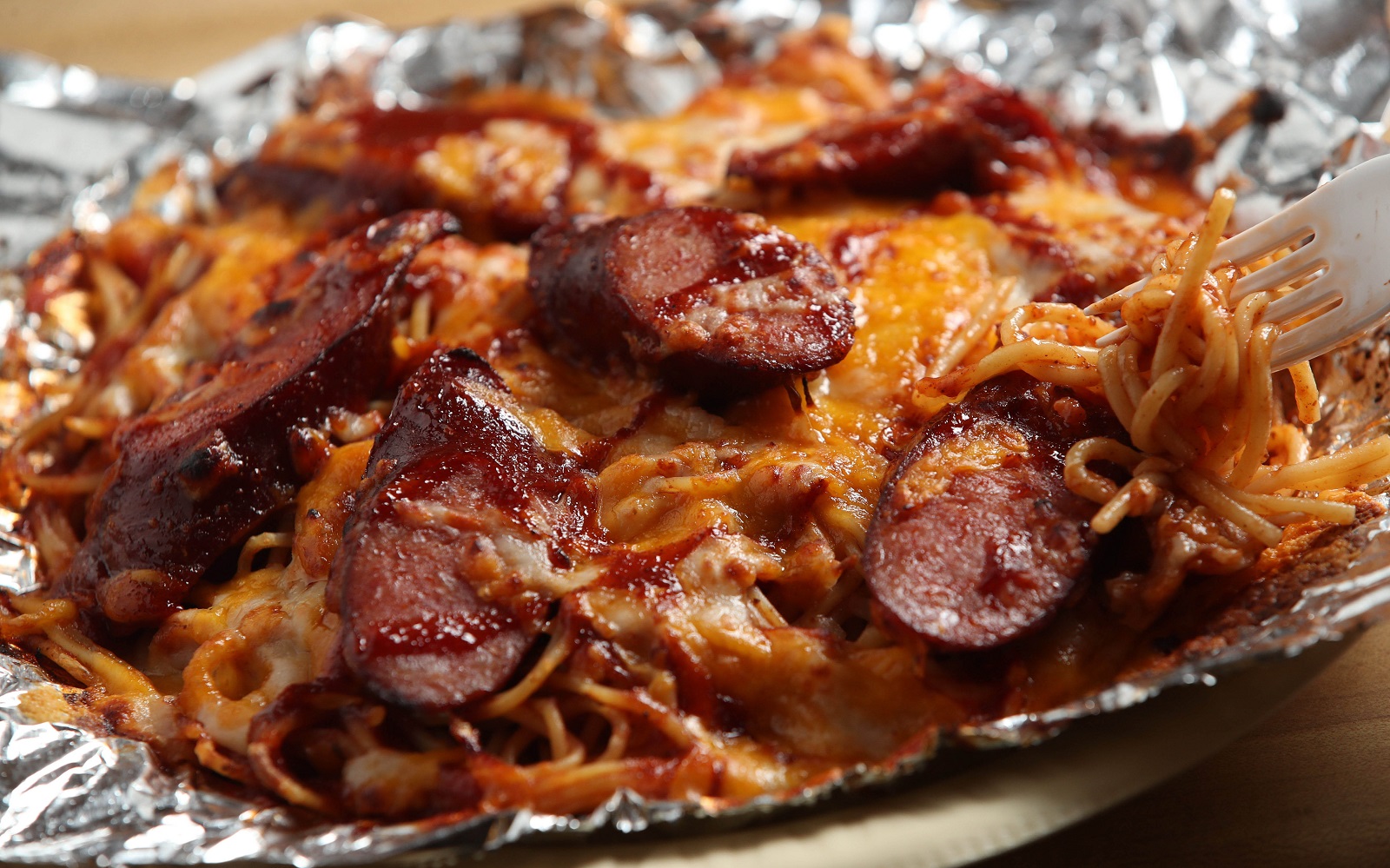 Suzy Q's Bar-B-Que shack at 2829 River Road in the Town of Tonawanda serves a barbecued Spaghetti. The Polish style is with smoked Polish sausage smothered in BBQ sauce and Smokin' Salsa. It's then topped with shredded cheese and baked to a golden brown. (Sharon Cantillon/Buffalo News)

An honored member of the Memphis barbecue pantheon, barbecued spaghetti joins saucy Italian and smoky Southern in a nexus of delight. At this place, housemade smoked salsa and barbecue sauce is melded with pasta and pulled pork or smoked Polish sausage, then smothered in cheddar and run under the broiler. 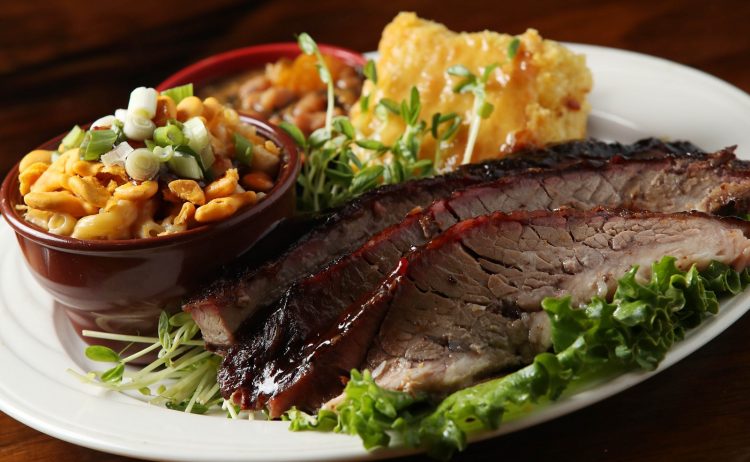 Smoke on the Water's angus brisket dinner. It's made with angus beef brisket smoked for 14 hours with hickory and is accompanied with Nickel City Cheese & Mercantile mac and cheese, beans and greens, and corn bread with honey butter. (Sharon Cantillon/Buffalo News)

At this Tonawanda joint, they don’t use any complicated rubs on their beef briskets, just salt. The seasoned meat spends the night cooking and crusting up in the hickory smoke atmosphere of the barbecue rig. After the meat comes off and gets sliced, it gets a dunk in chicken stock and barbecue spices, with a caramelized glaze. 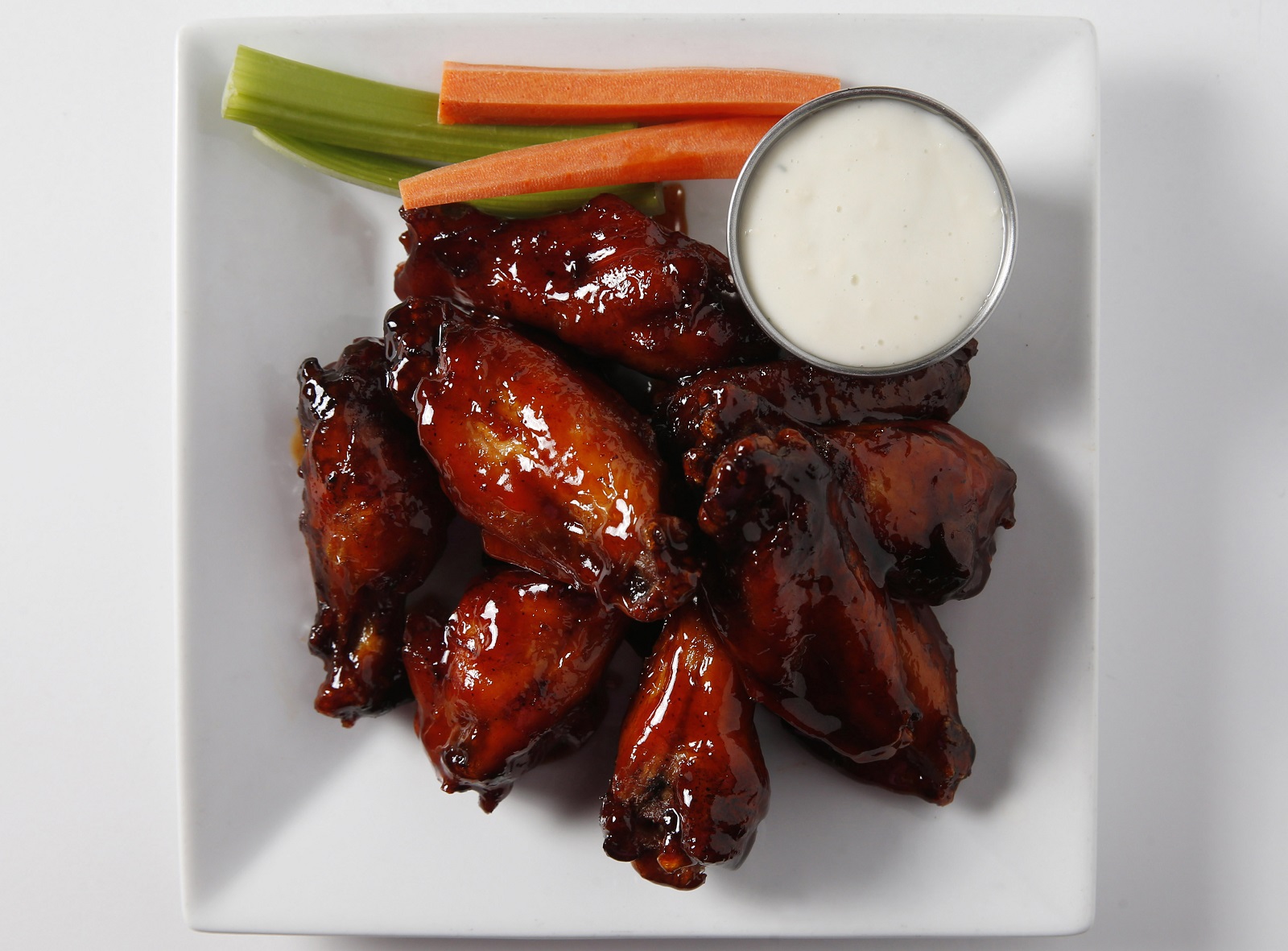 East Eden Tavern & Smokehouse offers smoked wings that are brined in their house brine, then smoked in apple and cherry wood chips for several hours. It is then cooked to order in their specialty sauces. This order is topped with the housemade barbecue sauce. (Sharon Cantillon/Buffalo News)

Wings are brined and rolled in house spice rub before going into the smoker to gather applewood perfume. The low-and-slow nature of barbecue cooking can turn chicken wings skin rubbery, but these have crisp-ish skin thanks to a brief swim in the fryer. Glossed with barbecue sauce or straight-up “naked,” they go fast. 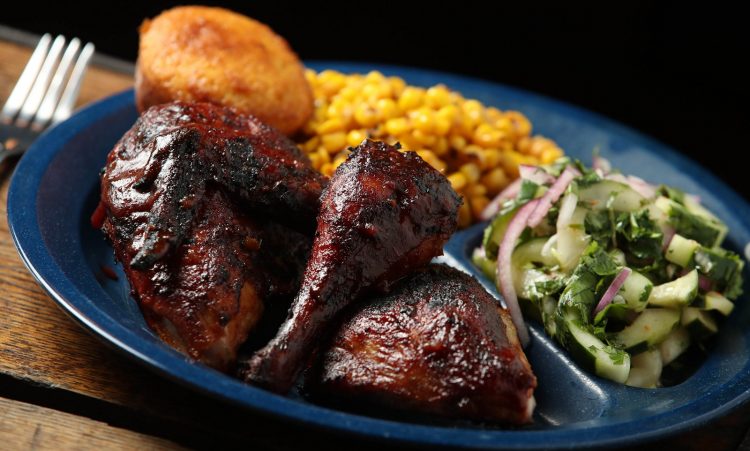 Dinosaur Bar-B-Que at 301 Franklin St. offers a split chicken plate. The chicken half is brined for a few days, then season and smoked two to three hours over hickory. It's then touched to the grill for a quick char and glazed with a barbecue sauce. The sides shown are sweet and sour cucumber salad, Cajun corn and corn bread. (Sharon Cantillon/Buffalo News)

Truly barbecued – smoked, not just grilled – the masterful chicken starts in an apple cider brine for more than a day to build the flavor foundation. Chicken halves are loaded into a smoker and subjected to hickory smoke for hours. Before serving, they’re slathered with sauce and rolled on the grill to turn the skin into a tasty jacket. 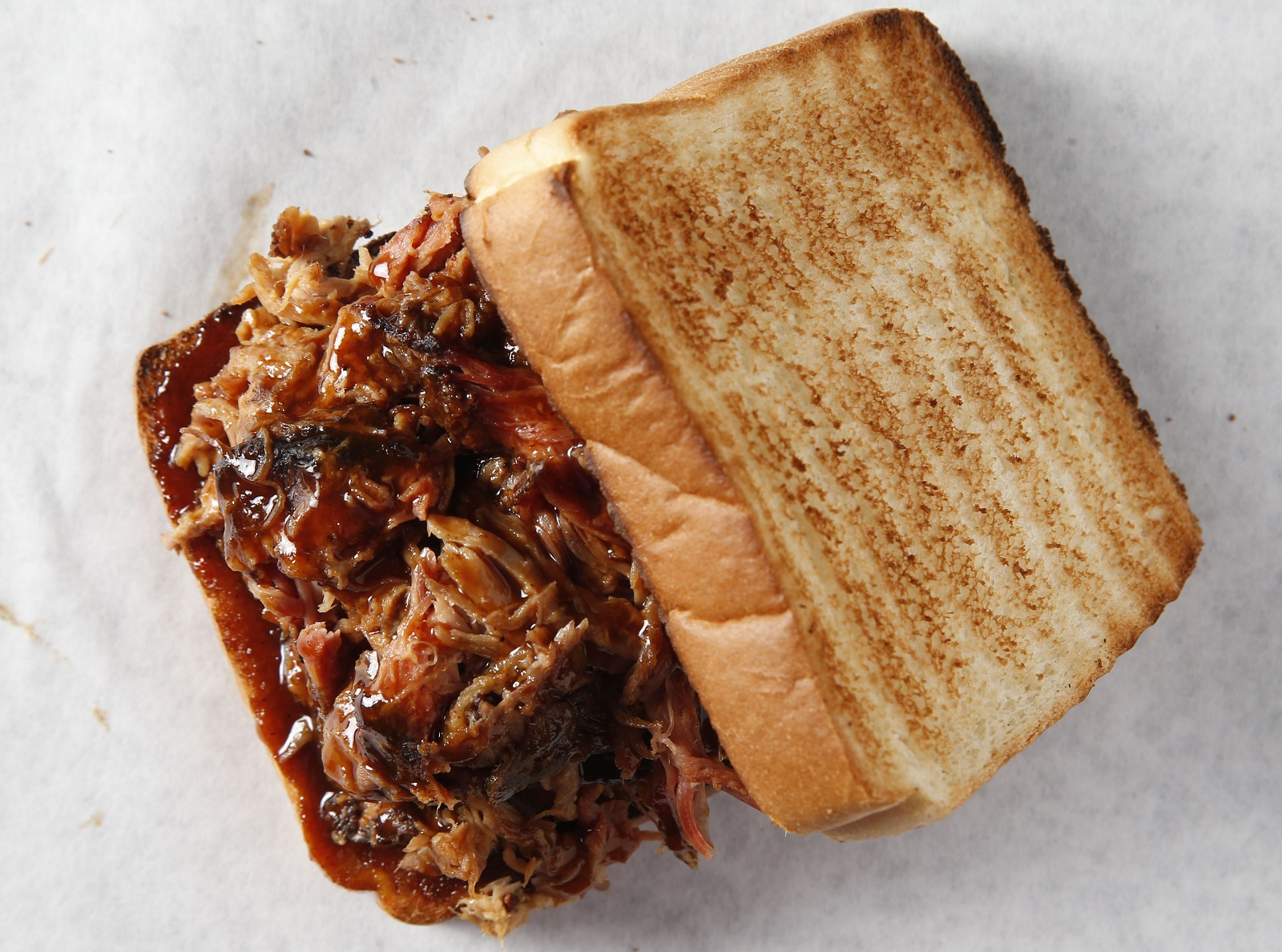 Master's Barbecue Company's pulled pork sandwich. Their pork is smoked for 14 hours with hickory and oak. They consider it to be so juicy and tender that they only add one of their three different housemade barbecue sauces upon request. It's served on Texas toast and comes with one side. (Sharon Cantillon/Buffalo News)

Pork shoulders are coated in a mixture of dry spices, then introduced to the smoke. Depending how stubborn the meat is, it might spend 14 hours in the cooker before it reaches target temperature. Shredded by hand, with plenty of dark exterior “bark,” the meat is packed onto thick, griddled Texas toast for a hearty hand-held meal. 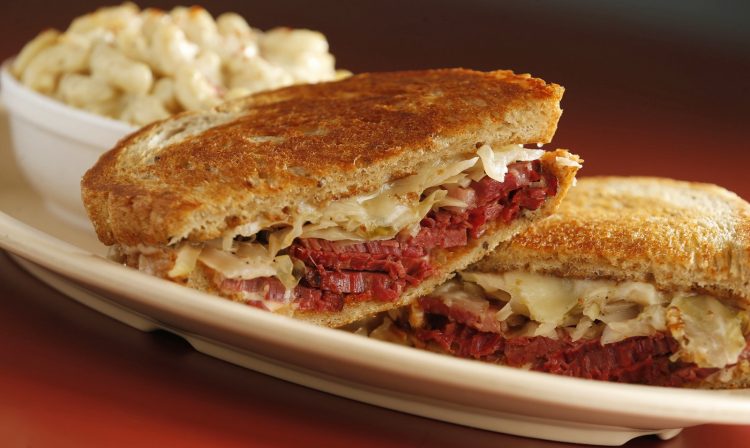 Barbecue doesn’t call for the choicest parts of the animal, rare spices or innovative ideas. Instead, it involves gnarly cuts, simple seasonings and some of the oldest cooking…

A pitmaster, pondering St. Patrick’s Day at a barbecue place, smoked the corned beef. Rubbed like a pork shoulder, it soaked up hickory smoke for 12 to 14 hours before being sliced for sandwiches. With housemade sauerkraut, Swiss cheese, Thousand Island dressing and grilled on rye, it’s been on the menu since.