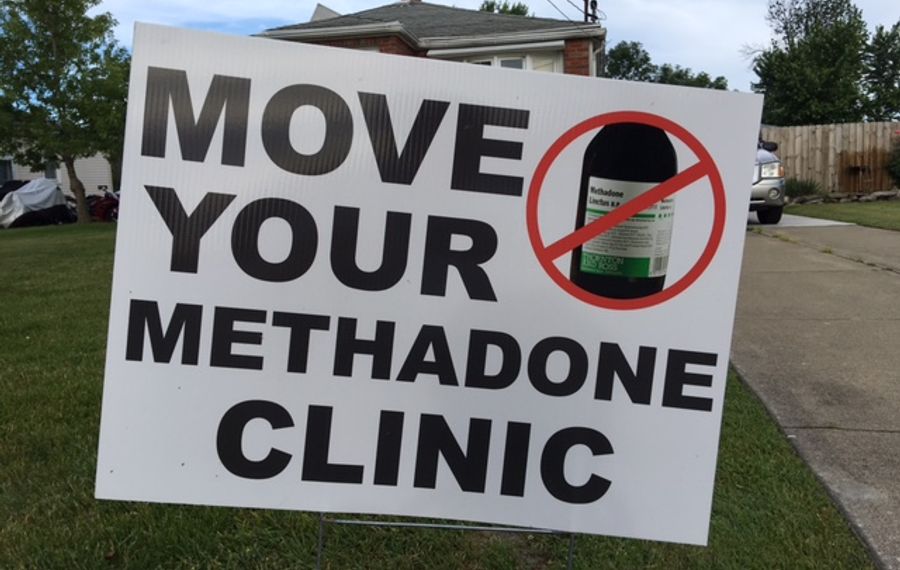 When Catholic Health System made plans to offer methadone, suboxone and other medications to drug-dependent patients in Amherst, it wanted to do that at its existing outpatient drug treatment center on Sheridan Drive.

But the clinic's landlord balked at drugs being distributed there and refused to renew the lease.

That meant Catholic Health had to seek a new location for its expanded services, setting off the community controversy over where to treat addicts.

Catholic Health officials found one a short distance away at 910 Millersport Highway and unveiled the site to a handful of town and county representatives in spring 2016. But news of Catholic Health's proposed move there drew bitter opposition from neighbors and town officials when it was revealed publicly in April.

The battle is being played out as an opioid crisis continues in Amherst and the rest of Erie County.

The timeline of Catholic Health's efforts to offer medication-assisted treatment in the town is outlined in the system's application to the state Health Department for permission to move the clinic. The Buffalo News obtained a copy through a Freedom of Information Law request.

The application also details how Catholic Health expects the clinic's revenues will go up and patient visits will rise sharply, once staffers begin dispensing medication there. That's mainly because patients who receive the medication come in as often as seven days a week.

The Health Department was still reviewing Catholic Health's certificate of need application as of Wednesday, and it's not clear how the situation will play out. 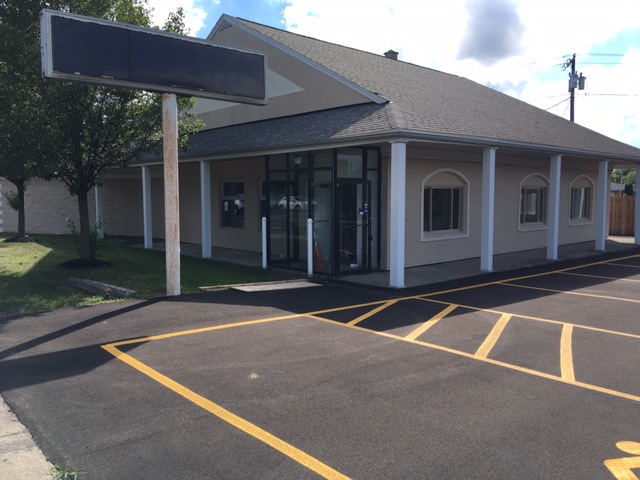 Town officials, who remain opposed to the Millersport location, earlier this month gave Catholic Health a map of 62 alternative sites to consider, but system officials this week said none of them fit the system's criteria for the clinic. Catholic Health said it is willing to work with town officials to find a site that works for everyone, but it set a deadline of July 14.

At the same time, the town won't allow construction to take place inside 910 Millersport until the state approves the certificate of need.

"I would support it there if the state ultimately says yes," said Jerome Schad, the chairman of the town Democratic Committee, who is one of the few Amherst officials who backs the 910 Millersport site. "The communication just got out of sync."

Those are the latest developments in the closely watched dispute over the clinic move, which pits county health administrators and patient advocates against people who live near the future clinic site and most elected Amherst officials.

"I honestly wish it would have started out better," said Steve Matisz, president of the Eggertsville Community Organization, who opposes the 910 Millersport site but believes patients need this treatment. "You really feel bad for those people."

Sisters of Charity Hospital, which is part of the Catholic Health system, has operated an outpatient chemical dependency treatment program in Amherst since 1988. Now located at 3730 Sheridan Drive, the clinic provides counseling and other services to about 80 patients.

The clinic is licensed to provide methadone, Suboxone, vivitrol and other medications to patients but does not do so, according to the application.

With the region in the grips of an opioid crisis, Catholic Health wanted to begin providing medication-assisted treatment.

Its first choice, according to the application, was to do this at 3730 Sheridan, and that was the plan presented in April 2016 to Schad; Councilwoman Deborah Bruch Bucki; and Benjamin Swanekamp, a representative from the Erie County Executive's Office.

Following that meeting, Catholic Health found out its landlord at 3730 Sheridan would not renew its lease after Aug. 31, 2017. The property is owned by the Plaza Group. President Ron Alsheimer declined to comment on his discussions with Catholic Health or on the terms of its lease.

But, speaking generally of medication-assisted treatment, he said, "We don't have it in any of our buildings, nor do we want to."

Catholic Health found the Millersport Highway site that was zoned properly for a medical use, and discussed it in separate meetings in May and July 2016 with Gary Black, then the town's assistant planning director; Bucki; and Swanekamp. The system told state health officials the town and county representatives supported the new location. However, Bucki, in an email this spring, said she told Catholic Health her support hinged on informing residents of the plans and allaying any of their concerns. Catholic Health didn't meet with residents until May.

"It sounds like they were trying to get into the building without anyone knowing they were there," said Lynda Hitchcock, a resident of neighboring North Ivyhurst Road.

The application to the state Health Department also projected patient visits would rise by nearly tenfold from 3,904 a year at the current location to 37,432 a year within three years at the new clinic.

That's primarily because many of the patients will visit up to seven times a week to receive their daily dose of medication. The visits last just a few minutes and most are scheduled between 6 a.m. and 8 a.m., before patients go to their jobs. After filing the application, Catholic Health decided to cap the number of medication patients served by the clinic at 50.

The application also includes a copy of Catholic Health's lease with 910 Millersport LLC, the owner of the property. It's a 10-year lease and Catholic Health agrees to pay $85,800 annually.

Catholic Health officials declined an interview request but said in a statement, "Catholic Health’s goal remains to offer patients throughout Amherst a holistic care model, including primary care, medication assisted treatment and counseling, all under one roof and close to home."

The property owner at 910 Millersport has put up a fence and made some minor exterior improvements. But the town's building commissioner, Brian Andrzejewski, said he won't release the interior building permit until the state issues the certificate of need.

"I don't think my client's been treated fairly by the Town of Amherst," Fitzgerald said.

The system is looking at other potential clinic sites at the urging of the town and County Executive Mark C. Poloncarz.

The town collected 62 sites, but didn't send a list of addresses to Catholic Health. Instead, Amherst sent a map that broadly plotted out five areas where the 62 sites were located.

Amherst officials had strict criteria for any site: research & development or general industrial zoning, and more than 500 feet from a residence, school, church or park. 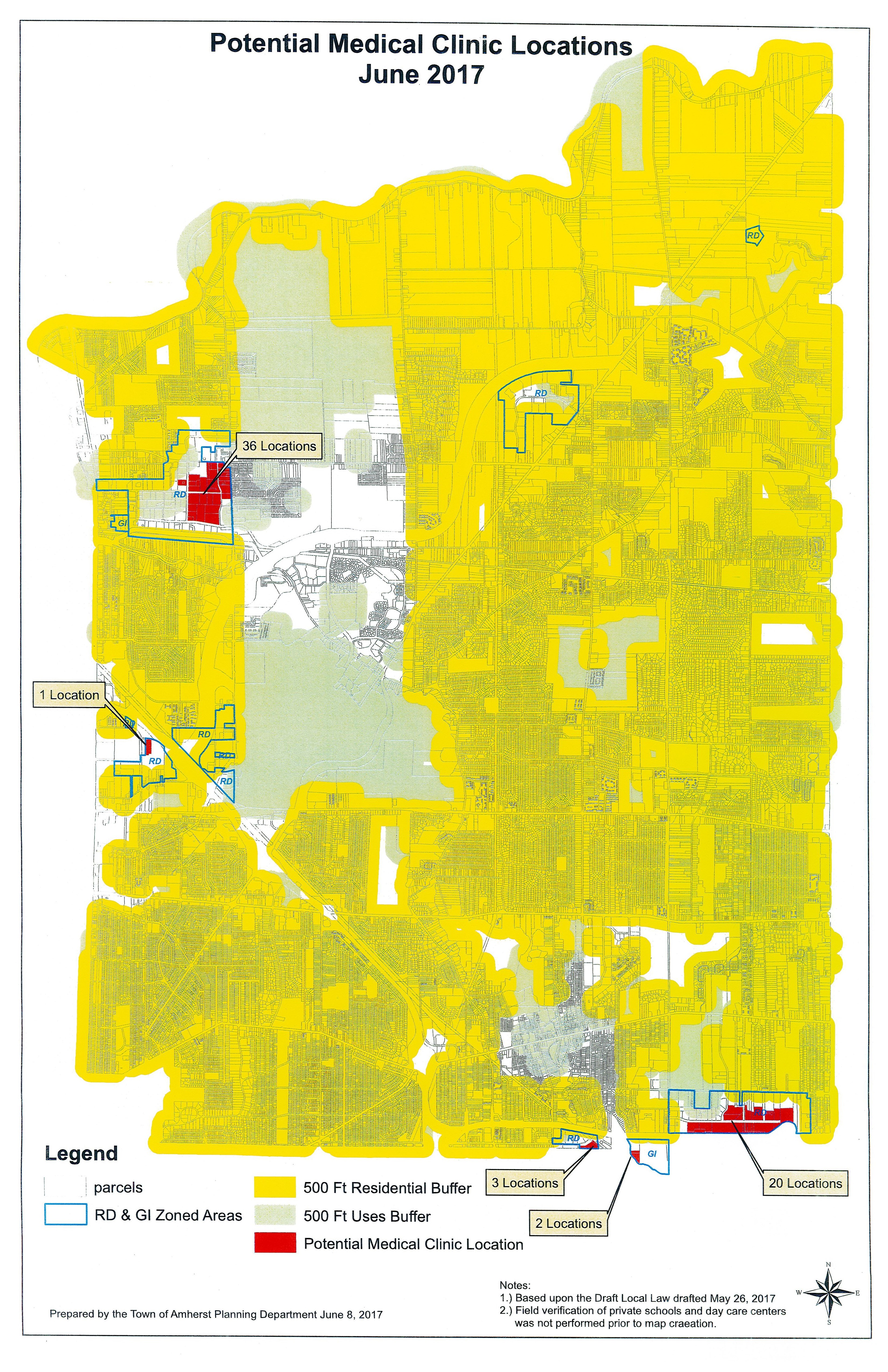 This is the map of 62 preferred sites, in five broad areas, the Town of Amherst provided to Catholic Health for the system to use in relocating its drug treatment clinic in the town.

Catholic Health said in a June 20 letter to Supervisor Barry A. Weinstein that none of the sites worked. Catholic Health wants the clinic to be within one mile of the existing clinic, between 3,000 and 5,000 square feet in size, cost between $18 and $23 per square foot to lease and have convenient access to public transportation, The News has learned.

Moving the clinic less than one mile allows Catholic Health to seek a faster, limited state review of its application, system officials said.

Weinstein disputed the need for the clinic to be near a bus line. "I've never seen anyone in Amherst take a bus," he said. "People in Amherst, they take a car or they have a ride."

Is there a solution that satisfies everyone?

The town and residents can suggest possible sites, Matisz said, but it's up to Catholic Health to select a workable clinic location.

"It's ultimately their responsibility," he said.

The Health Department had received 62 letters in response to the application as of mid-June, but a spokeswoman declined to say how many opposed or supported the project.