Buffalo could still use help on defense. The top free agent is a defenseman.

After signing the biggest name last summer, will the Sabres do it again?

An underwhelming crop of free agents hits the open market at noon Saturday. The majority are depth players or aging veterans, guys who can fill out the third forward line or skate on the bottom defense pair.

Kevin Shattenkirk is an exception.

The 28-year-old defenseman is a U.S. Olympian. He has topped 40 points in the last five full seasons, including a career-high 56 last year. No other free agent, including forwards, had more. A disappointing playoff with Washington dented his image, but Shattenkirk is as close to a sure thing as there is this summer.

He had a salary of $5.2 million and figures to remain in the same range. Buffalo doesn’t have a lot of cap room, but it can carve out enough for Shattenkirk.

The Sabres made a splash last July 1 by signing right wing Kyle Okposo to a seven-year, $42 million deal. Defenseman Rasmus Ristolainen later re-signed for six years at $5.4 million per season. Like Ristolainen, Shattenkirk is a right-handed shot. The Sabres could lessen Ristolainen’s workload and dress two formidable pairs with the addition.

Shattenkirk can play the fast-paced style that Buffalo’s new brass of Jason Botterill and Phil Housley wants. It makes sense, but there will be competition. There’s just not a lot out there.

Here’s a look at the unrestricted free agents, starting with the Sabres’ biggest need.

Unless the Sabres are banking on a big rebound from Bogosian, they could use veteran help on the right side. 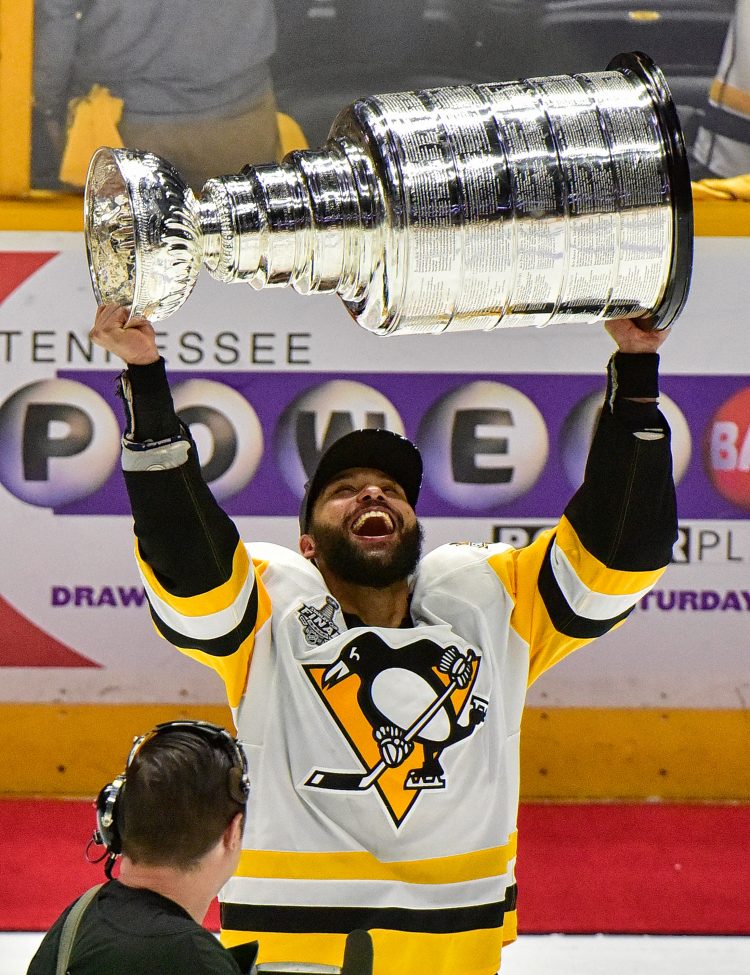 The 28-year-old Alzer helped key the Capitals’ run to the Presidents’ Trophy as their shutdown defenseman. The Penguins’ Daley, 33, played 19:06 per night in the playoffs to win another Stanley Cup.

They need at least one more netminder to provide a quality tandem for Buffalo and a No. 1 starter for Rochester. A familiar face could be coming. 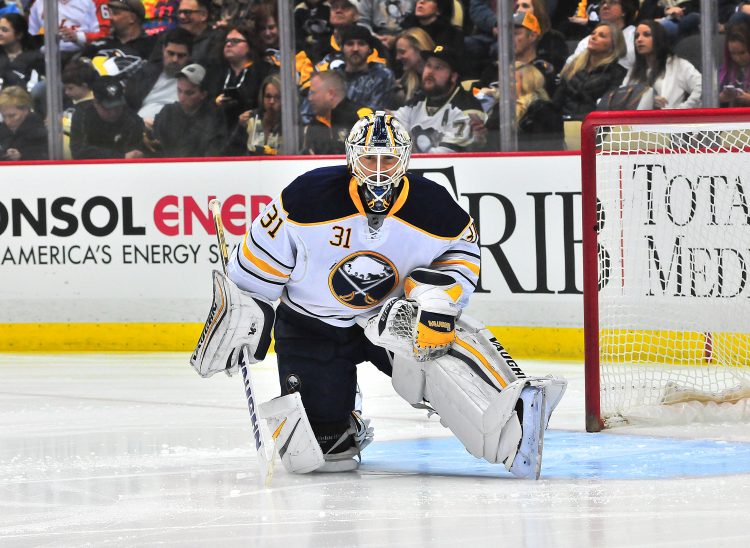 Chad Johnson will likely sign with Buffalo, according to the Star-Tribune in Minnesota. The 31-year-old spent the 2015-16 season with the Sabres, going 22-16-4 with a .920 save percentage. He played for Calgary last season.

Ullmark recently signed a two-year deal that pays $750,000 whether he's in Buffalo or Rochester. 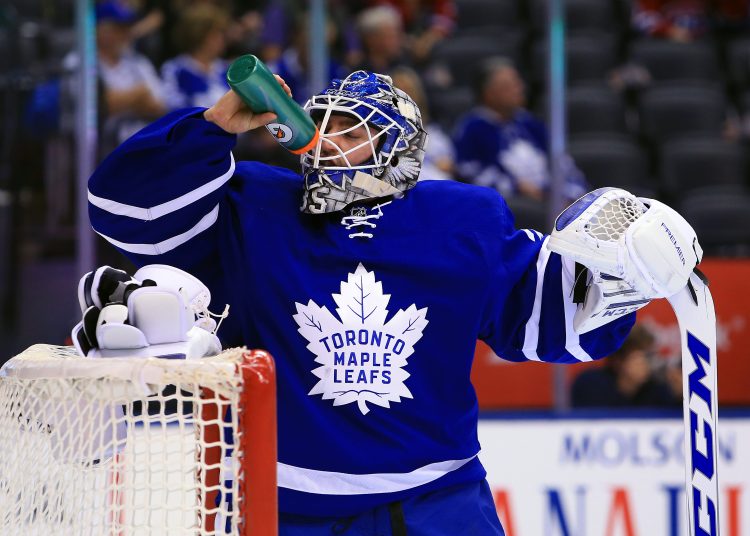 Enroth, who recalls his time in the Sabres’ organization fondly, had a .924 playoff save percentage for Anaheim’s minor-league team. 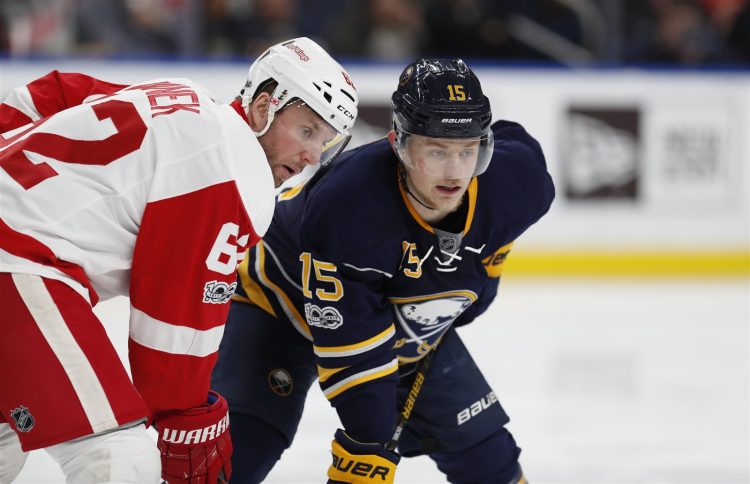 Marleau continues to shine at age 37, scoring 27 goals to lead all free agents. Vanek had the most points among left wingers with 48, including 17 goals. Versteeg is a consistent 15-goal scorer who has two Cups. Botterill is very familiar with the Penguins’ Kunitz.

The one-two punch of Jack Eichel and Ryan O’Reilly is the Sabres’ strength. They’re followed by Johan Larsson, Zemgus Girgensons and Evan Rodrigues.

Joe Thornton, Martin Hanzal, Mike Fisher and Sam Gagner are atop the free-agent list. Third- or fourth-liners include Brian Boyle, Matt Cullen and Nick Bonino. Cullen and Bonino played for the Penguins. 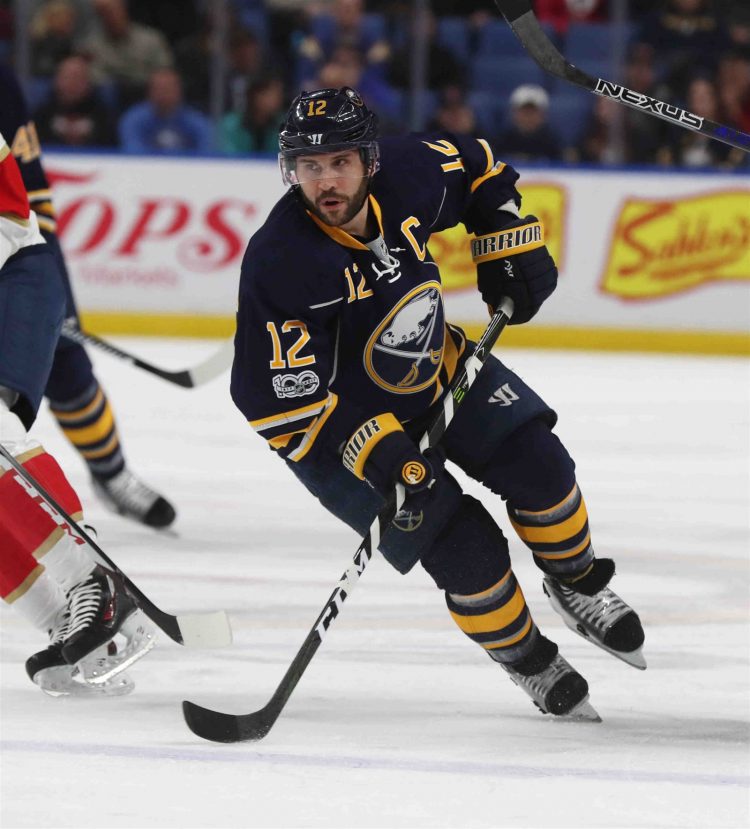 Brian Gionta was the only one in Buffalo to play in all 82 games last season. (James P. McCoy/Buffalo News)

Gionta wants to stay in Buffalo after scoring 15 goals and playing all 82 games as the captain. He just finished a three-year, $12.75 million deal.

NHL teams have been allowed to interview free agents since Sunday. They know who they want, and the players have a good idea where they’ll fit. Once the clock hits noon Saturday, the signings should come in a hurry.