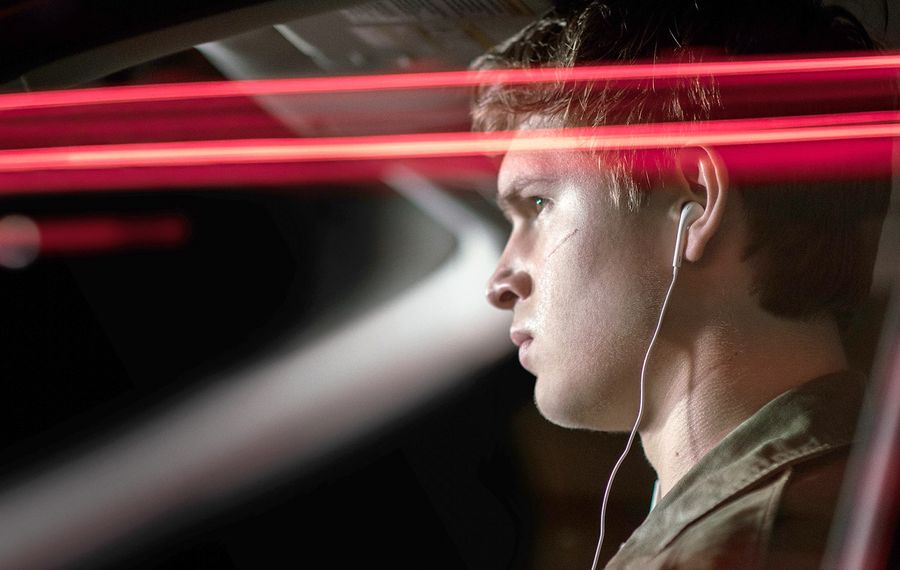 Great, it's not. Original? It's not that either. So Edgar Wright's surefire hit "Baby Driver" will have to settle for being close to perfect for what it is.

If you were trying to concoct an ideal numbskull summer action bonanza for your favorite megaplex, you'd be lucky to brew up "Baby Driver."

• A killer soundtrack on constant aural display. Those who say this was a playlist set to cinematic action weren't really lying.

• A megaton of good car chases and foot chases. Whenever the plot dawdles over some nicety or cruelty, the director has his hero Baby steal a car and go real fast.

• An equal-sized megaton of exploded bullets at the end.

• A new bad guy every few minutes, who distinguishes himself by letting Baby's long silences make him nervous and sarcastic. Over them all is a crime boss played by Kevin Spacey who has trapped Baby into full employment, at the cost of his ordinary life. Anyone reading into this as a parable of the moviemaker's life isn't exactly mistaken.

It's primitive, minimalist, utterly self-evident in its throbbing appeal to a summer audience full of zoom and boom, who are eager to engage emotions and actions at their corniest as long as the tempo is sufficiently speedy.

Our hero is young Baby (Elgort), a taciturn master driver for a crime boss (Spacey in a suit) with a gift for smash-and-grab armed robberies (banks, post offices, police arsenals). He likes to use new guys on every job – all except Baby at the wheel of the getaway car.

When he violates his own rules, trouble follows.

One of his more lethal thugs is played by Jon Hamm, who likes to make out with his girlfriend (Elza Gonzalez) in public and conspire with her to wipe out everyone else in the gang. Jamie Foxx plays another thug named Bats, who deserves his nickname several times over. He doesn't like anyone but reserves special distaste for Baby. That's how you know he's no good. When he starts killing people for fun, it just confirms what you already know.

Baby is in the ecstatic early stages of love for a waitress named Debora (Lily James) which gives the writer/director the opportunity to break out one of T-Rex's most obscure songs.

Baby has ear buds in place during virtually every waking hour, no matter what he's doing – virtuoso getaway driving, listening to the boss drone on about the next job. The reason is rather tender in a cheesy, sentimental way: His singer mother's last gift to him was an iPod. When she died in the front seat in a car crash, Baby survived in the back and was left with seemingly permanent lifelong tinnitus. "A hum in the drum" is the way the boss typically puts it.

What eliminates the hum is constant music, so Baby listens to it continuously, everything from the Jon Spencer Williams Blues Explosion's "Bellbottoms," to Golden Earring's "Radar Love," to Dave Brubeck's "Unsquare Dance" (during which he mimes Dave at the piano during a "meeting" with the boss) to Martha and the Vandellas' "Nowhere to Run," to The Commodores' "Easy," Bob & Earl's "Harlem Shuffle" and beyond.

It's Wright's newest non-parody film after the parodistic "Shaun of the Dead" and "Hot Fuzz." Go to the movies, sit down, be entertained for 113 minutes, crank up the car radio on the way home – with luck, on a perfectly clear summer night.

Slow down, don't go too fast. It's good to make the feeling last, to paraphrase what Simon & Garfunkel sang when they weren't singing the song that gave the movie its title.