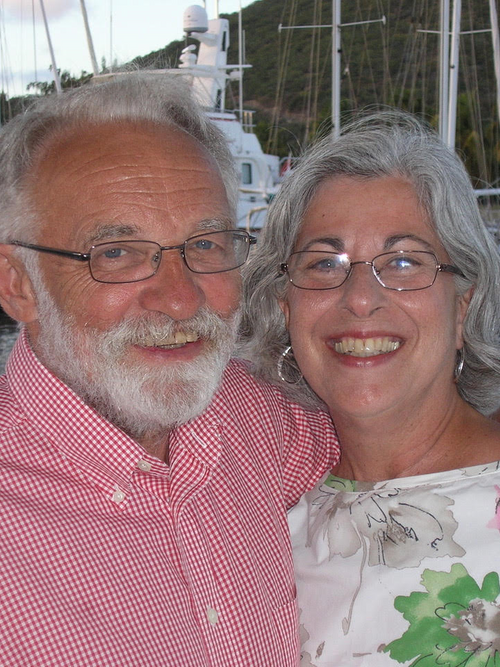 James F. Eagan was happiest on the water.

At his family’s cottage in Crystal Beach, Ont., he spent his boyhood summers swimming and boating with his siblings and his cousins.

When he met a girl in the summer of 1968 whose girlfriends had a cottage next to one he rented with his buddies, their first date was on a sailboat. He and the former Gayle L. Vaillancourt were married that November.

“We never went on a date,” she says. “We went sailing. We went to regattas.”

The Eagans took their young family with them when they raced Lightning Class sailboats in regattas on Lake Erie and in the Finger Lakes in the 1970s.

In recent years, Mr. Eagan and his wife took annual vacations to the British Virgin Islands, where they chartered a sailboat with friends and sailed the Caribbean.

He was a life member of the Buffalo Canoe Club, serving as commodore in 1999, 37 years after his father. Next year his son, James E., is in line to become commodore.

On Father’s Day weekend, which he spent at the cottage with family and friends, Mr. Eagan and his wife took their first sail of the season. While at the cottage Sunday night, he became ill unexpectedly and died. He was 72.

He was born and raised in South Buffalo, his father and mother both Buffalo school teachers. A 1962 graduate of Bishop Timon High School, he earned a bachelor’s degree from Canisius College and had taught for a year at East High School when he was drafted into the Army.

Deployed to Germany, he was asked if he could type. When he replied that he had been teaching typing, he became a clerical assistant to a colonel.

Following his discharge, he returned to teaching and earned master’s degrees in education and education administration from Canisius. A business education teacher, he taught at Grover Cleveland and Burgard high schools and arranged internships for his students in businesses along bus lines so they could get to work easily. He retired in 2000.

Mr. Eagan was active in the Buffalo Teachers Federation and its political action groups. He also competed in the Buffalo Schoolmasters Bowling League.

He also took summer jobs in factories, first in a meatpacking plant, then at Republic Steel. After the steel plant closed, he got his real estate license and worked part-time for the Reed Montgomery realty firm.

In 1984, he became a real estate agent at Gurney, Becker & Bourne and later was a licensed associate broker. He became vice president in 2008.

An early supporter of the Delaware Soccer Club, he was assistant coach for a girls’ team and arranged for Gurney, Becker & Bourne and its realtors to sponsor the club’s teams.

He also was a volunteer with the Canopy of Neighbors, of which his wife is president and co-founder. He provided regular assistance for individual seniors with transportation and shopping, and helped fill in for other volunteers.