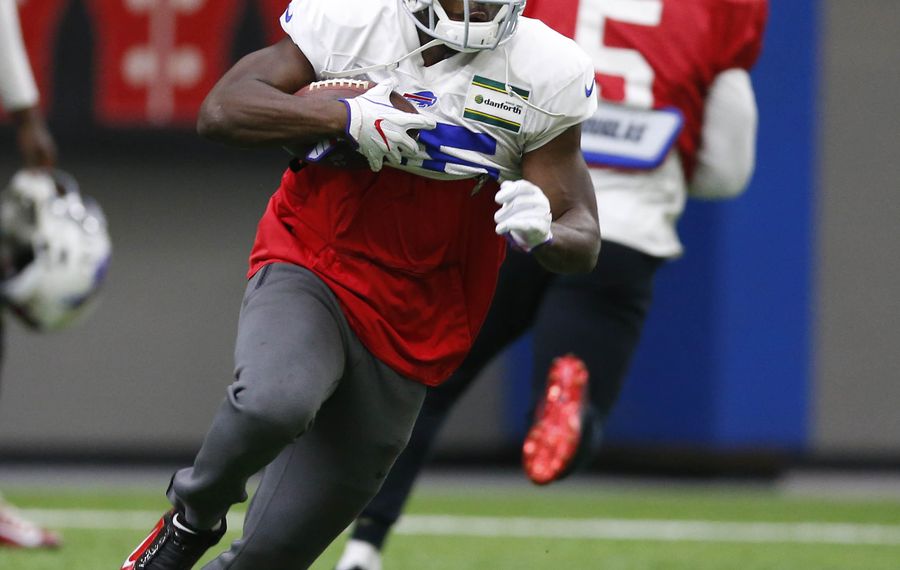 This is the second of a series that examines where the Buffalo Bills stand at each position heading into training camp, which begins July 27. Today’s installment looks at running back.

When it comes to difference-making talent, the Buffalo Bills have a list that begins -- and probably ends -- with LeSean McCoy.

He helped the Bills lead the NFL in rushing for a second year in a row last season with a team-best 1,267 yards. He averaged 5.4 yards per carry and scored 14 touchdowns (13 rushing). McCoy has made two Pro Bowls since arriving in Buffalo via a 2015 trade with the Philadelphia Eagles, and looked to be in top physical condition during offseason practices.

After that, there are some significant questions about depth at the position.

However, they don't necessarily mean the Bills are going to slip from their statistical perch. Keep in mind that quarterback Tyrod Taylor is a big reason for their rushing dominance, and there's no reason to believe that will change this season.

Here's the breakdown at running back:

Better, worse or the same?: Same.

And that's not a bad thing.

The fact McCoy will be 29 when camp opens does raise questions about just how close he might be from hitting the proverbial wall or at least showing signs of slowing down. However, he stayed much healthier last season than he was in 2015.

McCoy still appears to be as fast and as elusive as ever, making him a good fit for an offense that will feature wide-zone blocking and have him doing plenty of stretch runs. His exceptional pass-receiving skills should allow him to make an impact in a scheme that often throws to backs.

The backfield did take a hit when the Bills, through some front-office bumbling, allowed standout reserve Mike Gillislee to join the New England Patriots as a restricted free agent. The loss likely would have been avoided had the Bills given him a second-round tender, costing just under $1 million in cap space, rather than the original fifth-round tender that motivated the Patriots to structure a $6.4-million offer sheet that was tough to match.

Williams might be a downgrade, but the coaches liked the considerable effort he poured into offseason practices. After losing a pair of fumbles on 27 carries last season, he has put in extra time on ball security, which coach Sean McDermott cited as an area Williams needed to improve.

Neither Banyard (a free-agent signee), O'Neal (who finished last season on the Bills' practice squad) or Johnson, a rookie from the University at Buffalo, figure to put up much of a challenge.

Gillislee was a touchdown machine in 2016. This season, McCoy is likely to see more opportunities near the goal line.

The Bills also will lean heavily on Tolbert and DiMarco, two of their more prominent free-agent acquisitions, in short-yardage/goal-line situations.

More from the Bills pre-camp series:

Bills at RB: LeSean McCoy still looks to be at the top of his game

Bills at TE: Wait for the Charles Clay payoff continues

Bills at OL: An area of strength now carrying its share of questions

Bills at LB: Could new role and additions help Lorenzo Alexander have a strong encore to impressive '16 season?

Bills at ST: Stephen Hauschka figures to spark a rebound in the kicking game