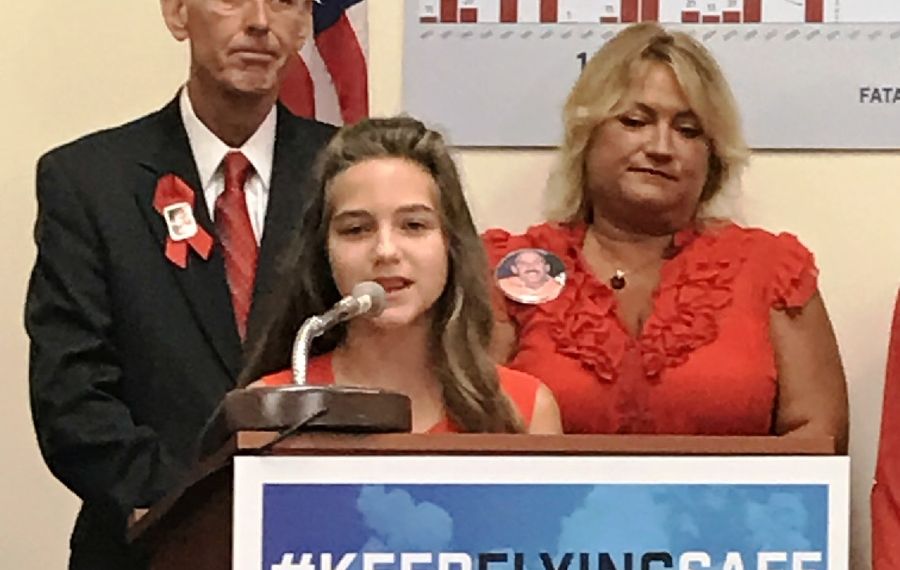 WASHINGTON – More than 25 members of the Families of Continental Flight 3407 gathered here Tuesday to once again press lawmakers not to water down the aviation safety law passed after the crash that claimed the lives of their loved ones in 2009.

And a child led them.

Ten-year-old Summer West, daughter of the late Ernie West, led off the families' news conference with local members of Congress by reminiscing about her dad and vowing to fight to preserve the law that's the legacy of the 50 crash victims. 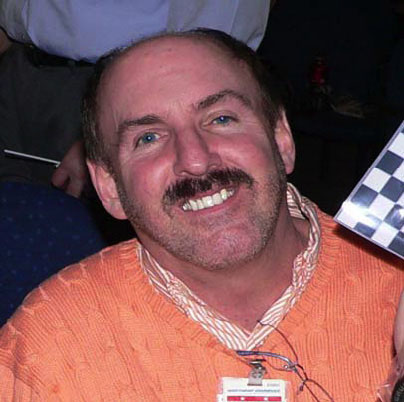 "I couldn't protect my daddy that night," she said regarding the Feb. 12, 2009 crash. "But I can protect other daddies now."

The families' group has made dozens of trips to Washington over the years to fight various attempts to weaken the aviation safety law, which dramatically boosted pilot training, experience and rest requirements.

They are back in Washington this week because committees on both sides of Capitol Hill are working on legislation to reauthorize the Federal Aviation Administration.

That legislation could be the vehicle that the airlines use to weaken requirements that newly hired pilots have 1,500 hours of flight experience. The airlines contend that the provision has led to a pilot shortage. But the families insisted it's the minimum required to ensure that pilots aren't as inexperienced and poorly trained as those that caused the Flight 3407 crash.

Noting that some states require 1,000 hours  of experience before someone can get a license to cut hair, John Kausner of Clarence insisted that 1,500 hours of experience for pilots only makes sense.

"We want one thing: a safe standard," said Kausner, who lost his daughter Ellyce in the crash.

The families get just what they want in the initial drafts of that FAA legislation. Neither the House nor the Senate versions of the bill include any provisions that would weaken the aviation safety law.

Sens. Charles E. Schumer and Kirsten E. Gillibrand, both New York Democrats, announced that the initial draft of the Senate bill protects the aviation safety improvements. They both vowed to fight to stop any amendments that might surface to weaken the safety rules.

"To put it simply, these federal regulations save lives and should remain in place,” Schumer said.

Gillibrand agreed, adding: "I will do everything I can to prevent the rollback of the hard-fought reforms we passed in 2010." 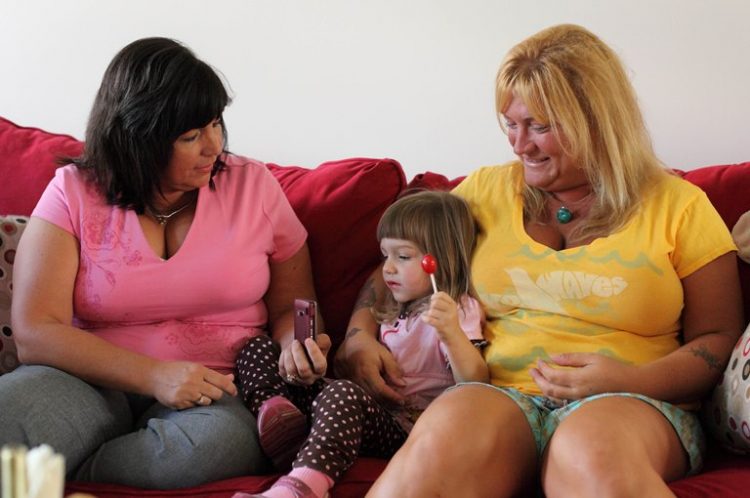 Summer West was 2 years old when this photo was taken of Flight 3407 widows Robin Tolsma, left, and Jennifer West the summer after the crash in 2009. (Derek Gee/News file photo)

The families may face a bigger fight than usual this time because the airlines aren't their only opponent.

Gen. David L. Goldfein, the top uniformed officer in the Air Force, told reporters earlier this year that the 1,500 hour requirement was prompting many Air Force pilots to leave and join commercial airlines, where they are strong job candidates in an otherwise depleted field.

"These safety regulations ... have made passenger air travel in the U.S. passenger airspace the safest transportation system in the world," Collins wrote.

All four Western New York lawmakers attended the morning news conference where the families once again vowed to fight to preserve the safety rules – which they said, are responsible for the fact that there has not been one fatality on U.S. domestic airlines since the crash.

Jeffrey Skiles, copilot of the legendary USAirways flight that crash-landed successfully in the Hudson River in 2009, also attended the families' press conference, as did Capt. Tim Canoll, president of the Air Line Pilots Association.

"The families' tenacity is why the United States has, and continues to have, an unparalleled record in aviation safety," Canoll said.