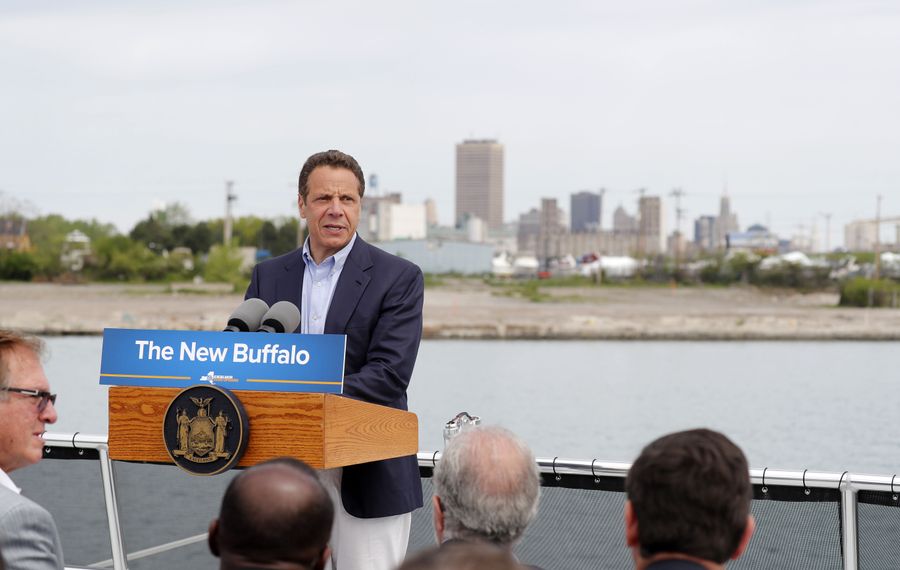 WASHINGTON – Gov. Andrew M. Cuomo on Monday told the state’s members of Congress that he would propose a “Faso-Collins” tax on counties to make up for the loss of county funding for Medicaid under an amendment proposed by Rep. John Faso, R-Kinderhook, and Rep. Chris Collins, R-Clarence.

Noting that “the Faso-Collins shell game” cuts $2.3 billion in annual funding for the state’s Medicaid program, Cuomo said the lawmakers’ amendment “will force every resident of this state to pay a ‘Faso-Collins Federal Tax’ added onto local property taxes to make up the difference to avoid decimation of our health care system.”

Cuomo offered no details of his proposed “Collins-Faso Federal Tax,” but an aide to the governor said it would have to be worked out with the state Legislature.

The new tax would be “a statewide assessment on counties” to replace that $2.3 billion in lost annual Medicaid revenue, and it could take one of several forms, the aide said. For example, it could be a property tax not tied to Medicaid that the state would dictate that the counties collect, or perhaps the state could leave it up to the counties to decide how to pay that new assessment.

“Gov. Cuomo is doing what he does best, passing the buck on to hardworking New York families by proposing new taxes,” Collins said. “Instead of getting his house in order, Gov. Cuomo wants taxpayers to foot the bill to protect his slush funds and pet projects.”

The Faso-Collins proposal would bar the state from charging upstate and Long Island counties for a share of Medicaid, the state-federal health care program for the poor and the lower middle class. Those counties currently pay about 13 percent of the cost of Medicaid in New York State.

Collins and Faso got that amendment included in the legislation the House passed to radically reform the Affordable Care Act, more commonly known as Obamacare. Last week, Senate Republicans released their version of that health care reform legislation, and it, too, includes the Faso-Collins amendment, thereby dramatically increasing the odds that the proposal will make it into law.

In his letter to the state’s congressional delegation, Cuomo derided the Faso-Collins proposal as “nothing more than a political Ponzi scheme.”

In his letter, Cuomo pleaded with the state’s congressional delegation to stop the Republican health care proposal.

“For those in the delegation who supported this legislation, New Yorkers will remember that you were elected to serve them but instead fought to cut our funding and our vital health care services,” Cuomo wrote.

Collins, for one, wasn’t impressed with the governor’s letter. He said it was Cuomo’s responsibility to find budget cuts to make up for the lost tax revenues that will go back to county taxpayers if the Faso-Collins amendment becomes law.

“If Gov. Cuomo can’t find 2 percent savings in one of the most bloated state budgets in the country, perhaps it’s time for New Yorkers to hire someone who can,” Collins said.