It’s safe to say this reviewer has only recently reconciled his feelings about this childhood disappointment. The months of anticipation leading up to the moment of defeat; it adds up. (Don’t even get me started on Janet Jackson’s last-minute cancellation in 1993.)

The point is: The woman has returned, once and for all. And she did not disappoint – kind of.

Abdul played KeyBank Center Friday night as one-third of the Total Package Tour, the annual 1980s and '90s nostalgia tour that returns this year with regulars Boyz II Men and headliners New Kids on the Block.

The Boyz still have it, 26 years after their breakthrough debut with "Motownphilly." Their Philadelphia street doo-wop was the precursor to the new wave of a capella appreciation that made "Glee" and "Pitch Perfect" so cool to the cool kids.

Their string of R&B romantic ballads were back, rising key changes intact: "On Bended Knee," "Water Runs Dry," "End of the Road," "I'll Make Love to You," "One Sweet Day." 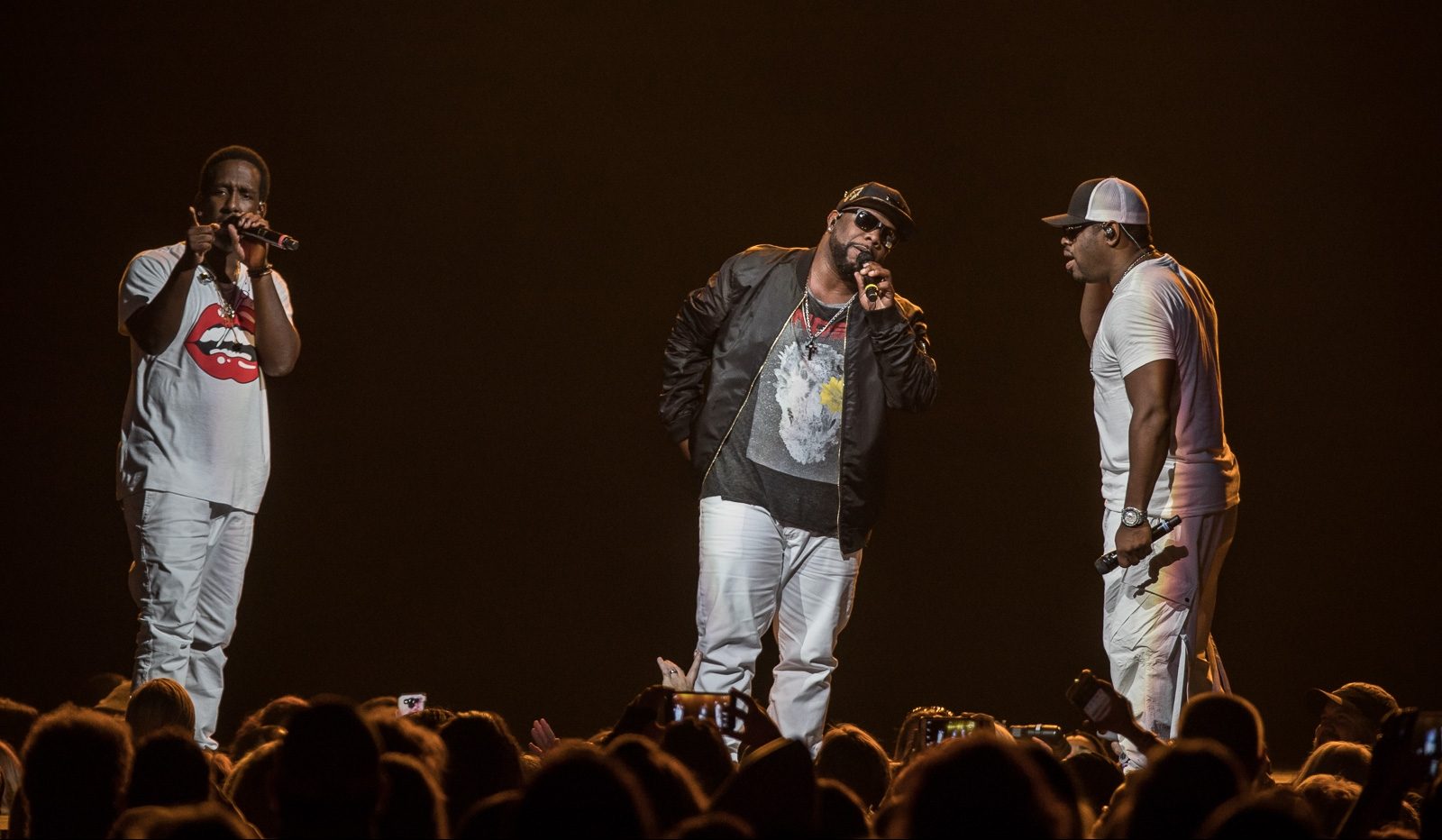 Wayna Morris interrupted adult prom with a cover medley of Lenny Kravitz's "Are You Gonna Go My Way," the Guess Who's "American Woman" and Bruno Mars' "Locked Out of Heaven," while Shawn Stockman and Nathan Morris played electric and bass guitar, respectively. An odd choice amid all these smooth ballads.

Their cover of the Satins' "In the Still of the Night" was wiser, in the vein of their a capella "It's So Hard to Say Goodbye to Yesterday," which always pleases.

Sound issues were a major concern. If any set warranted clear vocal amplification, this was it. They could have performed sans band, too, and I don't think anyone would have complained.

Abdul was another story. 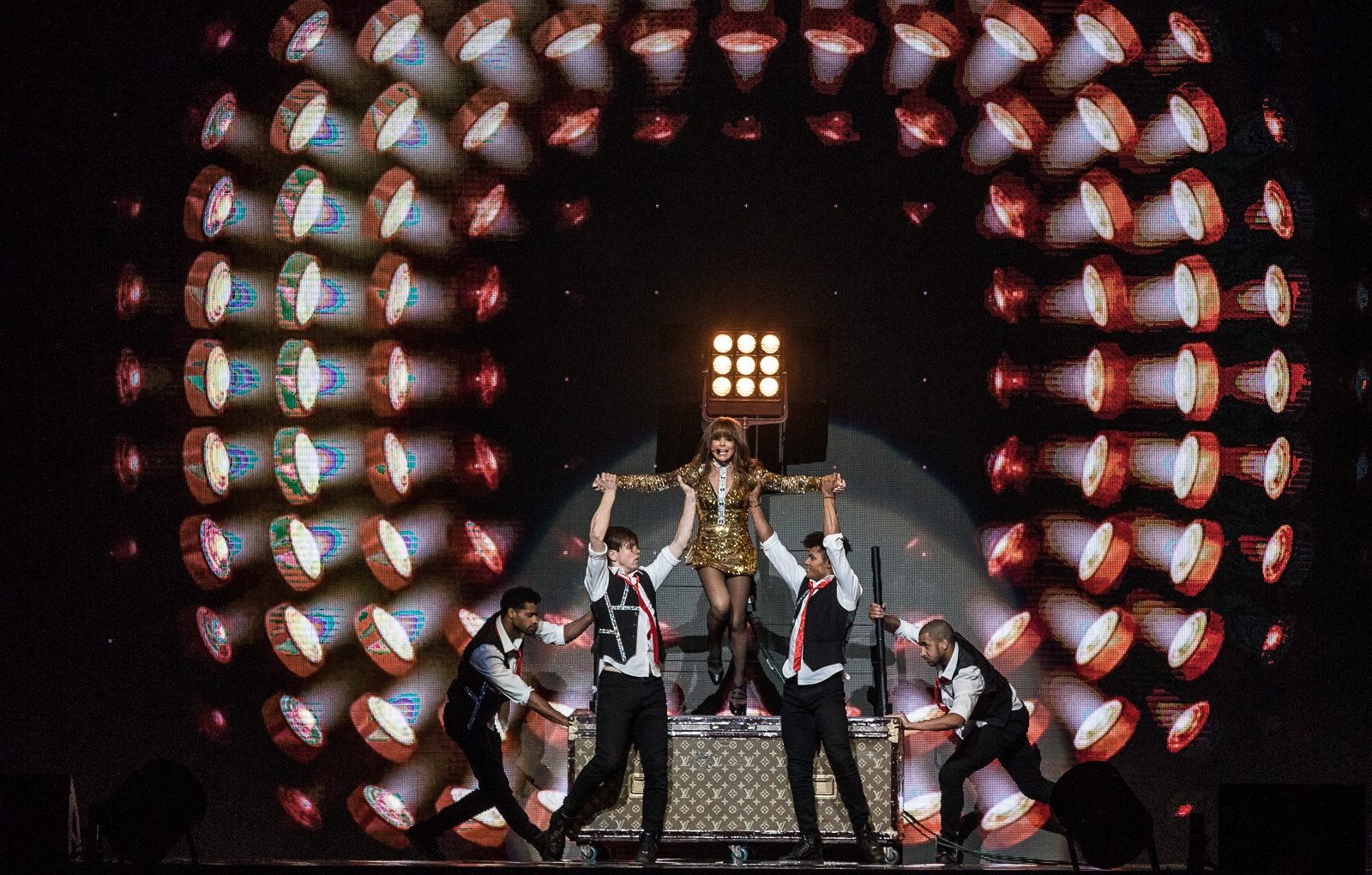 Paula Abdul performs as part of the Total Package Tour in KeyBank Center on Friday, June 23, 2017. (Chuck Alaimo/Special to The News)

The woman can't sing, or doesn't sing – this isn't singing; we'll leave it at that. (Also, no live band.) But she performs with spirit and energy and gratitude. She's genuine.

Her set took a biographical, one-woman-show approach, which landed like a thud, though you couldn't blame her for wanting to get the most out of her return.

Fan-favorite "Opposites Attract" re-created its popular animated video, with dancing cartoon MC Skat Kat on video, to disappointing effect. Even on a nostalgia tour, it's OK to reinvent. A balletic "Rush Rush," a huge hit from 1991, was pretty. But her mega-hit "Straight Up" hit all the right notes.

That's saying something, considering the headliners. If you've never seen NKOTB live – in this century – it's not the craziest ticket you could buy. If judging by their decibel-blasting fans, some 30 years on, these guys are today's most impressive teenybopper act. They're at Jackson Five levels at this point. I don't say that lightly.

[PHOTOS: Smiles Before New Kids on the Block] 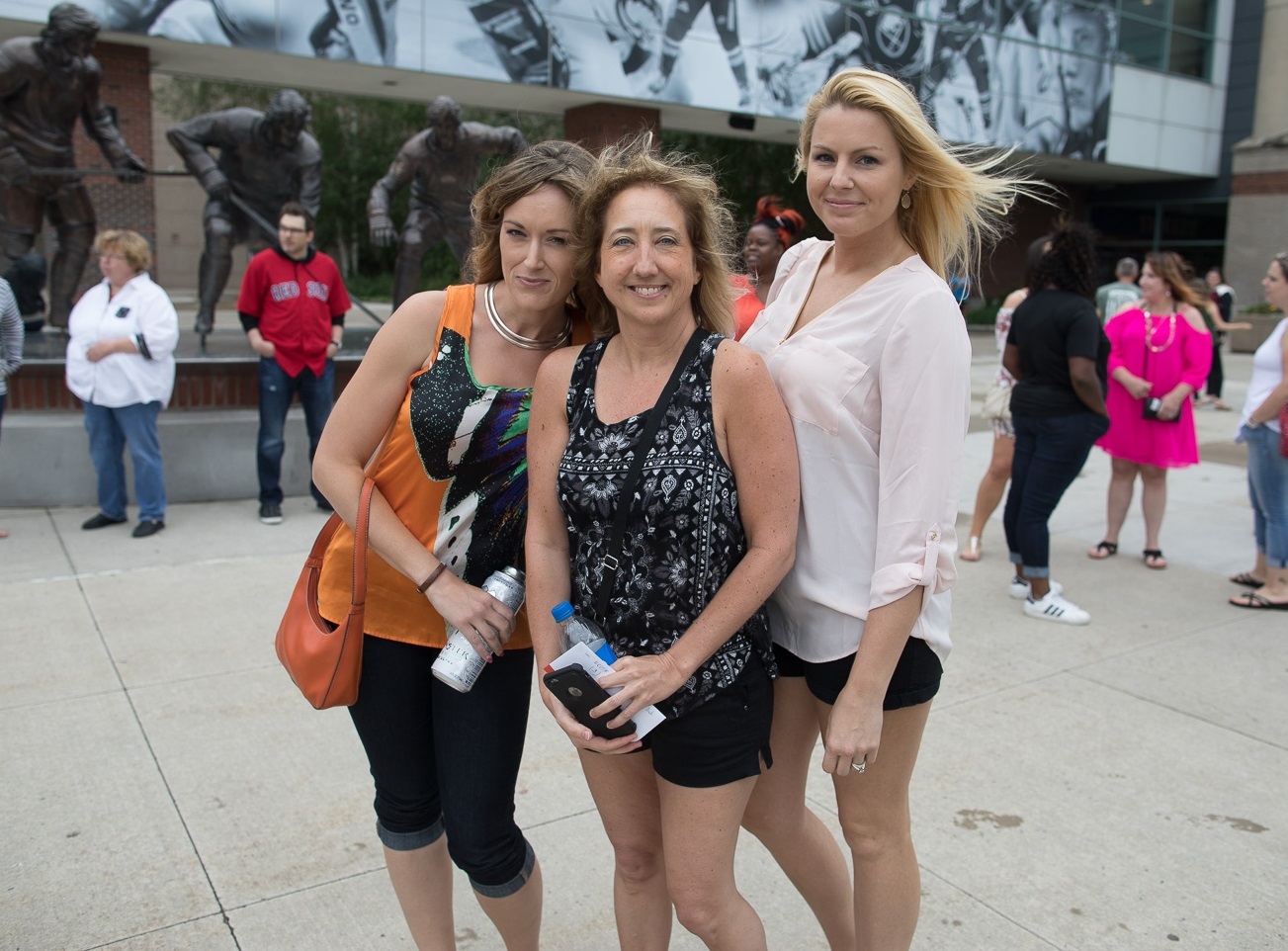 Smiling faces before the Total Package Tour stopped at KeyBank Center. (Chuck Alaimo/Special to The News)

Opening song "One Night" brought a hybrid of Motown showmanship and contemporary sampled remixes. They came to play. Their 1988 "My Favorite Girl" erupted in confetti, the second song of their set.

"You Got It (The Right Stuff)" and "Remix (I Like It)" played like finales, early in the set. A set of songs out in the crowd brought the guys within tight grips of fans. Lots of touches, lots of selfies.

These guys brought their bodies, too. Bare arms always work. A satellite-stage set was a clothed striptease.

Like their appearance here last year, this is a well-polished, audience-built product that still packs a punch, still lands the deal, and still fills a room. A total package, indeed.