For those who watched the final round of the 2017 U.S. Open, you witnessed one of the best displays of “Owning Your Game” ever! Brooks Koepka stayed true to his mission. He played one shot at a time. He said he never allowed the thought of a trophy, money, or fame to come into his head. He committed 100 percent of his thoughts on each shot he hit, no matter how big or small it was. He relentlessly committed to the task at hand and when it was over, he did it better than anyone else in the field.

If you play competitive golf, you know the importance of paying attention to your intention. Whatever level you might be you will need:

There are so many things included in your thought process required to play a good round of golf. Many of my students are surprised at what they need to become aware of when we go out to play. It is not just a simple walk in the park. Shifting thoughts, adapting to conditions and paying attention are a must.

When I am walking to my next shot, I am assessing the situation (not when I get there). Where am I? What is the smartest way to play this next shot?

When I arrive at the ball I consider:

How far am I? (I may have walked the yardage off from the sprinkler head, if not, I have a yardage finder and use it when I arrive.)

What does my lie look like? Can I hit the club I need to reach the hole with the lie I have? (3-wood out of a buried lie is not a smart move.) 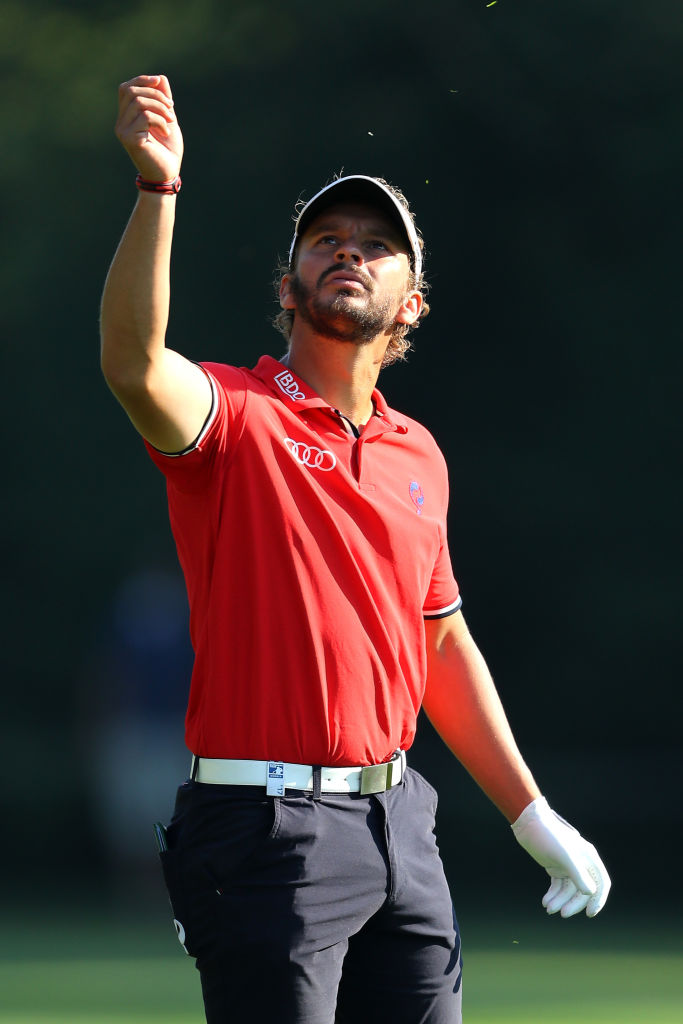 The grass toss is a time-tested method of testing wind strength and direction. (Getty Images)

What is the wind doing, helping or hurting? Throw up some grass. See if it soars, or gets knocked down. Sometimes when you think the wind is with you, it can knock the ball out of the air. The grass will tell you.

Acknowledge "Stupid." (Where would stupid hit the ball? In the bunker? Short, long, left, or right?)

I take everything I have just learned and calculate the playable yardage. Let’s say there is a 10 mph wind in your face, a bunker in front of the green, and the pin is only on five paces from the front. Your raw yardage is 105 to the pin. The wind will make it play 115. You hit your pitching wedge 115. Stupid would hit it short in the bunker, have a buried lie, and make a double. You are not stupid. You know this isn’t an ego trip, and know that you have plenty of room past the hole to be on the green and easily two-putt from 30 feet. You are smart. You play it as if it is 125 yards to the hole and decide to pull out your 9-iron.

Develop a pre-shot routine. Walk behind the ball, pick your target, visualize the shot. Walk into the ball, align the club face, check yourself.

This seems like a lot of work to hit one shot, doesn’t it? That’s what it takes to pay attention to each situation, stay in the present moment and produce the best possible shots you can.

By the way, you have 45 seconds to hit each shot. If your group gets behind on the course, the rules official will show up with a stop watch. If you take longer than everyone in your group, guess who gets the two-shot penalty for slow play? You guessed it – you!

So, I suggest you practice this process on the range. Pick out targets, check your yardages, play a round of golf while practicing. That way, when you get on the course, you will know what works best for you and you won’t hold up the whole course. You will most likely play the best round of your life! Good luck!

Cindy Miller is a former LPGA Tour Player who currently competes on the Legends Tour of the LPGA. She is a Certified Behavior, Motivation, and Judgment Professional who is sought after as a speaker, coach, and corporate trainer. For questions or thoughts, please reach out to her at cindy@cindymillergolf.com