Shirley Carnall’s family wasn’t sure what to make of it five years ago when she joined the Buffalo Outdoor Meetup group.

“My dad put it this way: ‘You’re meeting people online and going into the woods with them?’”

Carnell was in her late 40s when she clicked on Meetup.com and gained access to dozens of groups for hundreds of outings.

It was a welcome opportunity for an Ellicottville native who had recently returned to Western New York after nearly two decades working as an accountant in New Jersey, Virginia and Connecticut.

“It’s been a great way to meet people but it’s also a great way to stay active,” Carnall said. “And I’ve never, ever felt unsafe during any of the Meetups I’ve been on.”

Now is an ideal time to join this and other groups.

“We have some of the nicest summers in the country and we have a lot of outdoor things going on everywhere,” said Jared Byer, owner of Made 2 Move Fitness in Amherst. He organized the WNY Self-Health and Fitness Group in early 2015. It has since grown to more than 1,700 “health enthusiasts.”

“Getting people outdoors – and helping them realize that’s another component to fitness – is crucial,” Byer said. “It’s also cutting back on excuses. If people say, ‘I don’t have a gym membership,’ you don’t need one.”

With summer upon us in Western New York, you can use Meetup, and a host of other outdoor fitness offerings, to join fellow exercisers for walks, hikes, runs, peddles or paddles, or outdoor yoga, Zumba or boot camp classes.

“There’s something for everybody,” said Carnall, who will lead several outdoor Meetup events in the coming months. 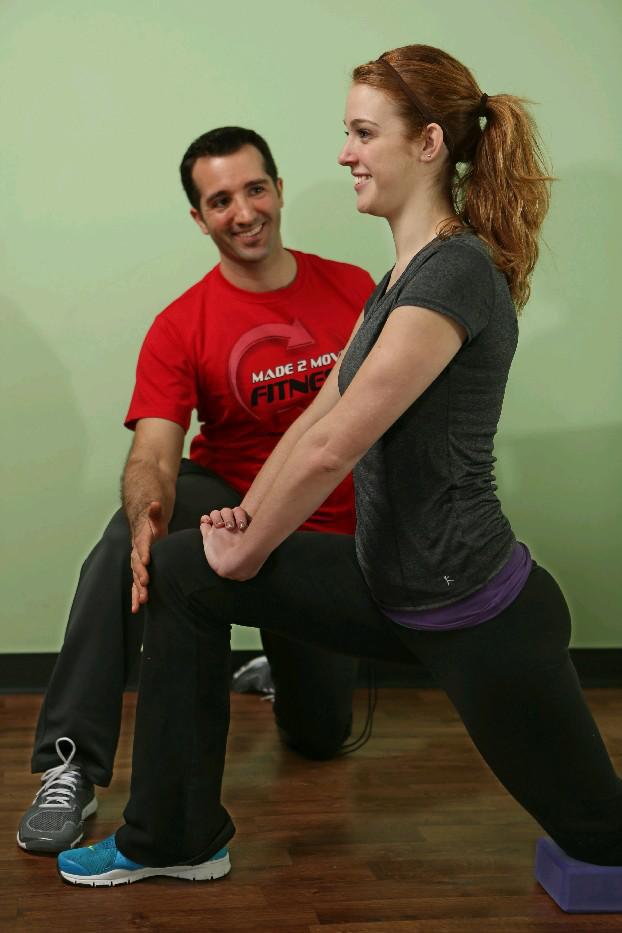 Buffalo Meetup is part of a national online movement that started in New York City after 9/11 to connect people with shared interests. It has since linked people for face-to-face experiences in 180 countries.

“There’s been a real explosion in the number of groups because this is the real social media,” Byer said. “Social media as we know it is unsocial. You’re on your phone, not interacting with anyone. Here, you’re building this community of like-minded people who are coming together.”

Those intrigued by the prospect of expanding their knitting circle, attending a mom’s night out, or taking a bike ride on a waterside trail can visit Meetup.com, share their community location and take a look at a vast array of options. They need to sign up – many users stick to their first name – post a headshot photo and short profile. “That’s part of the security,” said Carnall, who goes by Shirley C. on Buffalo Outdoor Meetup.

Members – their group designations include “seekers,” “kindred spirits,” “yakkers” and more get to dig deeper into the site, join groups that might be to their liking, and pull up calendars for upcoming events. Those willing to commit to a gathering can let the event host know with a simple click. Descriptions of individual events provide enough information to get a sense about where you’ll meet, what you’ll do and who will join you. You’ll also know in advance how manageable or challenging an activity will be.

Meetup charges a fee to create and maintain a group. That often means those who get together may be charged a modest fee. The Buffalo Outdoor Meetup gatherings generally are free because the organizer, a lawyer, has covered the annual fee.

Sharon Pitts, of North Buffalo, is a single “over 50” administrative assistant with a major public company. She is a member of the Buffalo Outdoor Meetup group but hasn’t stopped there since joining Meetup about five years ago. She’s tried 18 groups since.

Her favorite is The Buffalo Underground, some of whose members got a backstage tour at Shea’s Performing Arts Center this week. Members also have been on tours and trips across the region and far-flung places including Toronto, Iceland and Ireland. She’s also is a member of Williamsville & Mediumship Development, which looks to help expand one’s psychic abilities, and Laws of Attraction, a personal development group.

Meetup times and events vary, as do the ages and backgrounds of members.

“I like to go out and do new things, meet other people and explore Buffalo,” Pitts said. “I don’t want to waste my time sitting in front of a TV set.”

There can be a lot of diverse activity within a group itself. Byer’s Self-Health and Fitness Group regularly hosts a “Playground Fitness for Adults” event. On Saturday, the group will host a program entitled “Better Than BMI: A Healthy Weight for You,” and on Thursday evening, a healthy snacking presentation with Eat Well Buffalo. Byer uses Meetup and Facebook to tout his gatherings, which cost $5 to $15 and are intended to teach others about better health and fitness. Others who’ve joined have led some of the fitness classes and presentations.

Meetup groups tend to have dozens, hundreds or thousands of members, but individual events tend to be manageable in size. Some, including kayaking groups, impose number limits for safety reasons. Carnall on Tuesday led an outdoors group bike ride along the Niagara River for about two dozen people.

Any group member can organize and post an event. Those who pledge to attend and don’t show up are likely to get a message from a group organizer or event host, and those who try to use the social media site to sell products or services may be removed from Meetup access. Carnall stressed that during Meetup events, participant must wear helmets on bike rides, life jackets for kayaking and refrain from alcohol until events end. A notable exception: The Wine Lovers Meetup. 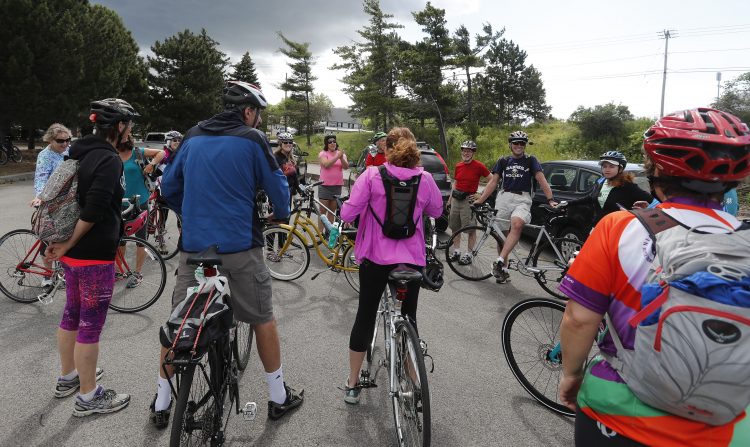 Carnall and Pitts admitted they were a bit tentative during their first Meetup events. They discovered that event hosts encourage introductions at the start of gatherings and that conversation flows freely among those with similar interests.

Both also praised the health, fitness and general wellbeing that group outings can bring.

“We’re pretty active,” Carnall said of the Buffalo Outdoor Meetup. “I know some 50-year-olds who can run circles around some 30-year-olds.”

Carnall, 54, also is a member of the Extreme Adventure Travel Group – some members will visit Cuba later this year – and Footprints in the Wilderness hiking group.

Still, as an event host and former organizer, the Buffalo Outdoor Meetup holds a special place in her heart.

Her favorite gathering to host? A 5:30 a.m. “Wake Up the Birdies” kayak paddle on several summer Friday mornings, along Motor and Strawberry islands off Grand Island.

“There’s a bird on every branch,” she said. “They’re so loud. They’re very active. It’s a unique, amazing morning experience.”

Her most memorable event? The summer Friday night three years ago when she met her boyfriend, Jim LeBlanc, during a Buffalo Outdoor Meetup paddle on the Buffalo River.

“There were fireworks,” she said.

They lit up the sky in the distance, after a Bisons baseball game at nearby Coca-Cola Field.