A Williamsville warehouse that functioned as a brewery until the 1890s could begin producing cold beers once again.

The building at 34 W. Spring St. is being eyed by village officials as the future home of a microbrewery, as well as a food cooperative, artisan market and artists' studio and gallery space.

The village is seeking a $10 million grant through the state's Downtown Revitalization Initiative to purchase the building and transform it and for improvements to surrounding streets. Each of the state's 10 Regional Economic Development Councils nominates a community for the grant. Jamestown last year won the inaugural award designated for Western New York and is using it on streetscape improvements, redevelopment of historic buildings and riverfront redevelopment.

The village has not spent any money on the project, and would not have to contribute a percentage of matching funds.

If the village doesn't win the $10 million state grant, it would continue to seek funding through other sources for the project, said Maggie Hamilton, the village community development director.

The former brewery, a block north of Main Street, measures 18,000 square feet and dates from the mid-1800s. The area was known as "Brewery Hill" and settled by German immigrants. 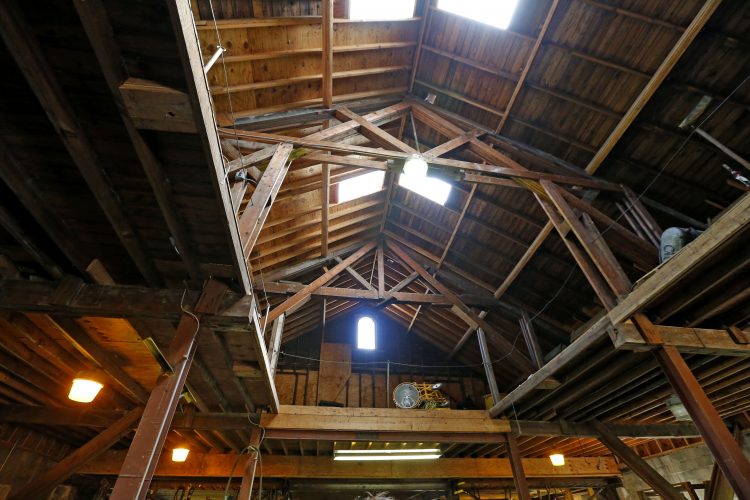 John Blocher and George Urban opened the brewery there in 1845, according to "Western New York and the Gilded Age" by Julianna Fiddler-Woite, Mary Beth Paulin Scumaci and Peter C. Scumaci.

"This brewery changed hands several times and was known as the Williamsville Co-op Brewing Association in 1884, the Amherst Brewery Lager Beer in 1895 and the Erie County Brewing Company in 1897," the authors wrote.

Brewing operations ceased around 1900 and the building was purchased by a German-born mason named Ignatz Oechsner, who used it as the steam workshop for the concrete blocks he was using to build a castle on Dream Island in Ellicott Creek.

The building on nearly half an acre is currently owned by Williamsville-based International Chimney Corp., which uses it for storage of pallets of bricks, steel cables, scaffolding and other industrial equipment.

The company has offered the village an exclusive option until Sept. 1 to buy the warehouse, and two neighboring parcels.

The village's grant application calls for creating a local development corporation to purchase and redevelop 34 and 42 W. Spring St., as well as an adjacent home at 115 Glen Ave. that would house an artist-in-residence. The purchase price for the three properties would be $685,000, slightly more than their combined tentative assessment of $612,000.

"If this works, they've got it," said Rick Lohr, International Chimney Corp.'s president. "I'd really like to see it happen. I think it'd be great for the village."

In addition, the village is proposing to replicate the $3.6 million "green infrastructure" stormwater management project recently completed on East Spring Street, at the Williamsville Water Mill.

Its plan calls for permeable pavers and rain gardens along the entire lengths of West Spring and Grove Street to filter out pollutants from storm runoff before they reach Ellicott Creek. A public plaza also would be constructed on the grassy vacant parcel at 42 W. Spring St., between the former brewery and Grove Street. 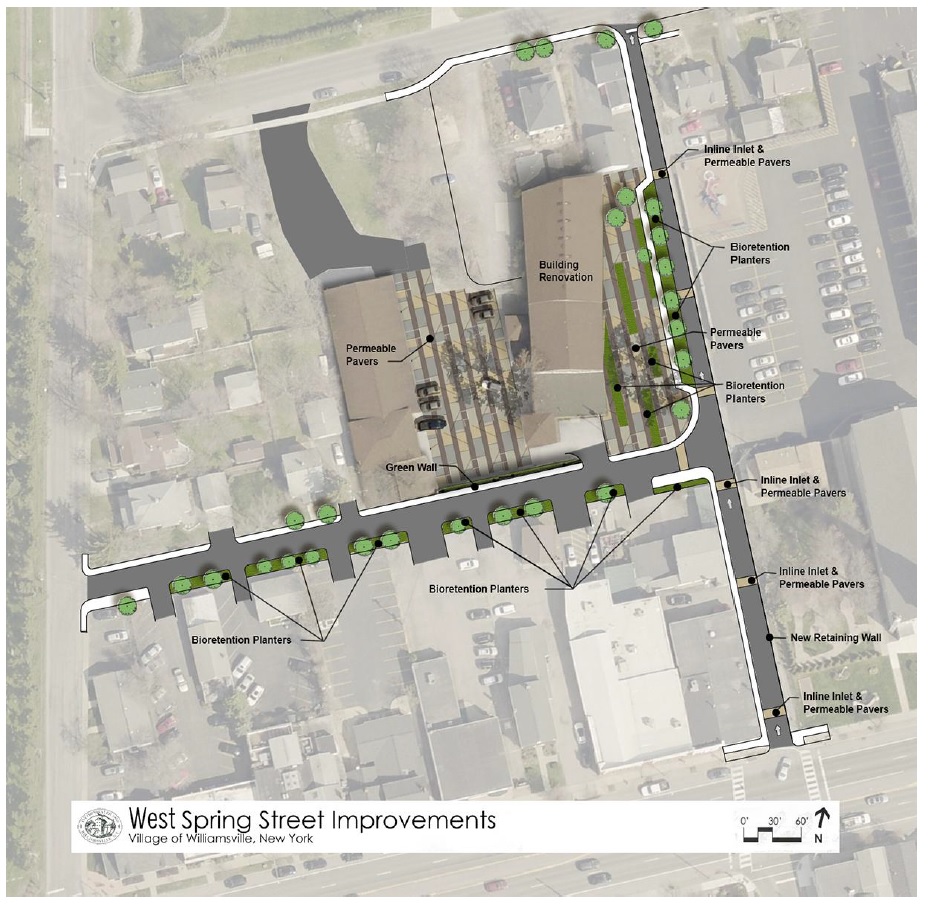 Kulpa, an urban planner and architect, said International Chimney for the last 25 years has been "a good steward" of the building, which remains structurally sound due to buttressing and other improvements made by the company.

Three arched stone caves on the ground floor are envisioned for the microbrewery and a dining space. The caves' 4-foot thick walls kept ice cold underground before refrigeration. The caves were recently nominated by the village Historic Preservation Commission as a local designated landmark, which the Village Board will consider after a public hearing.

"I think it's wonderful to return these places to what their original purpose was," said Mary Lowther, a commission member and president of the village Historical Society. 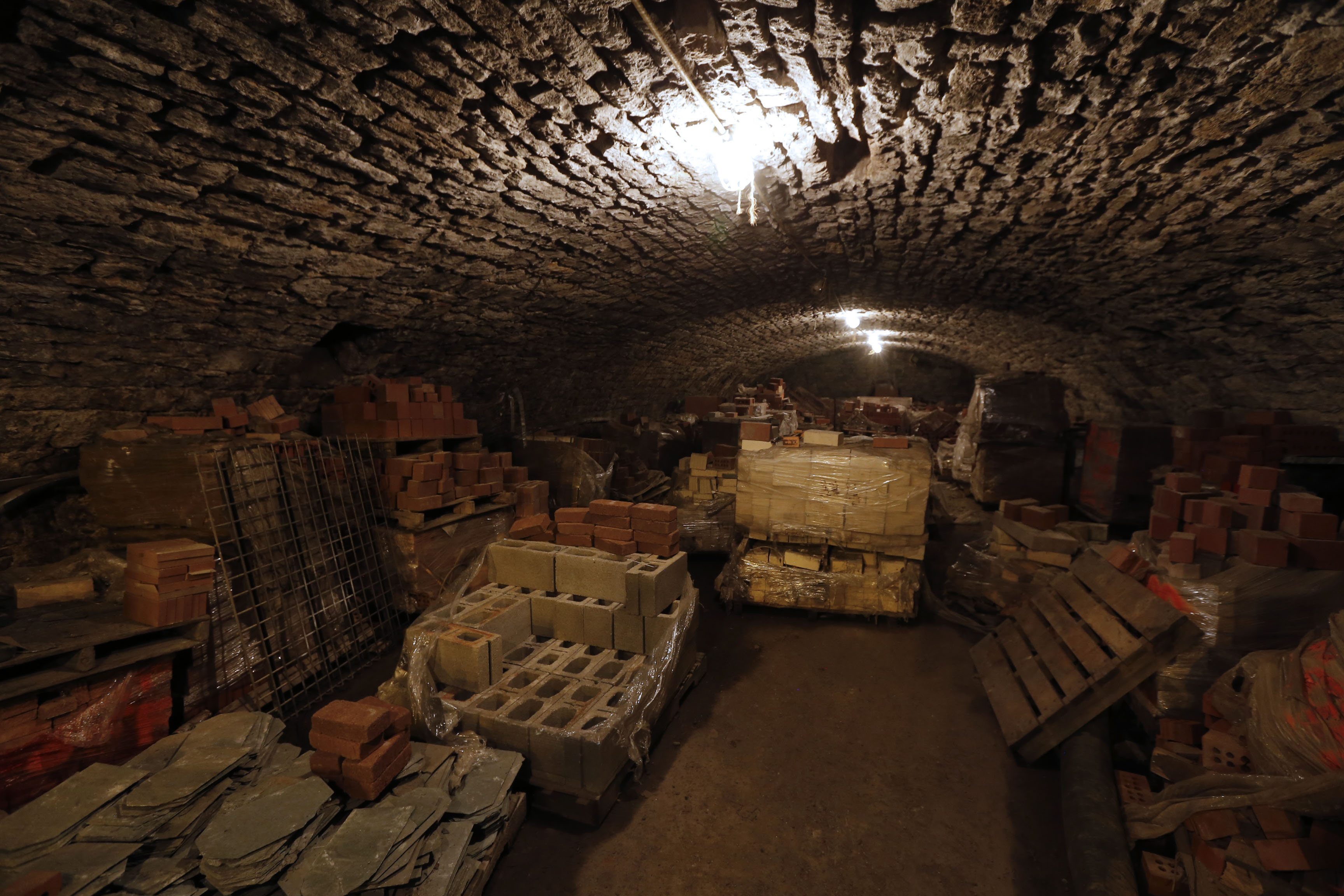 Inside one of the "caves" in the former Williamsville Co-op Brewing Association building on West Spring Street in Williamsville. (Robert Kirkham/Buffalo News)

A grocery co-op board recently formed in the village and has expressed interest in occupying the front of the ground floor closest to Spring Street, Kulpa said.

The upper floor, where the brewery's mules were once housed, features wood scissor trusses, creating a large open space with skylights and a mezzanine.

The front upper floor also would house the grocery co-op, while the rear could accommodate 25 small businesses and also host conferences and events. The village has proposed partnering with Buffalo Arts Studio as a manager or curator of the space. The not-for-profit community arts organization submitted a letter to Empire State Development stating support for the village's application.

Several village residents at a recent Village Board meeting questioned whether the proposal was an appropriate use of state tax dollars, and whether the hub could be self-sufficient.

Village officials told them the award will go to one Western New York community, so why not spend it in the village that is the heart of Buffalo's largest suburb?

Kulpa said the mixed-use and historic site could become a destination off Main Street that contributes to economic development in the village's downtown core.

"We want to get some purposeful public use out of this space," he said. "That's what we think we have."