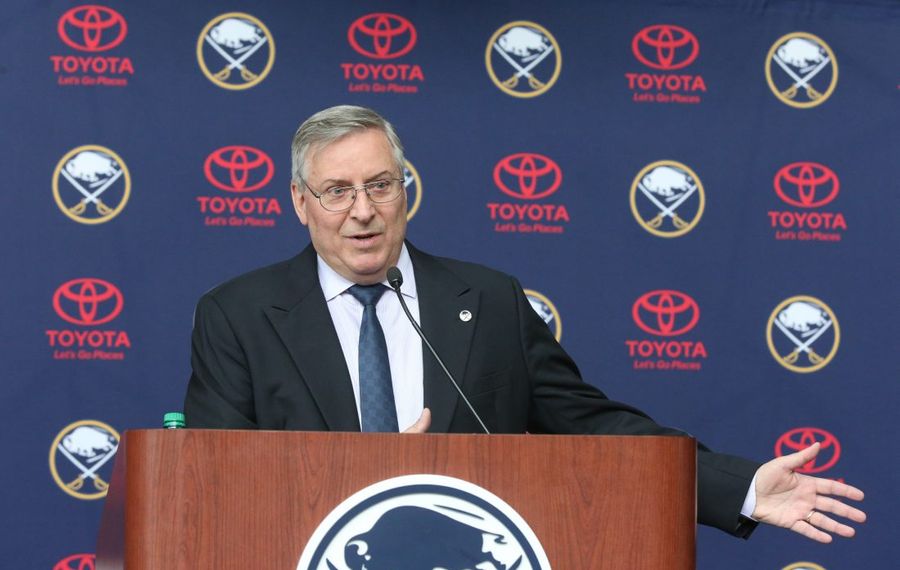 CHICAGO – Sabres owner Terry Pegula will be in the spotlight at the NHL Draft. It’s not yet clear exactly why.

Though outdoor games immediately come to mind whenever the Blackhawks are involved, a source says the announcement is not as significant as that for the Sabres. Buffalo is already playing an outdoor game Jan. 1 in New York against the Rangers.

No further information on Friday's news conference was immediately available.

The University of Illinois has a successful club hockey team but has said money prohibits it from jumping to Division I. Pegula-funded Penn State is in the Big Ten, which is looking to add an eighth member.

Sabres' Botterill ready for anything as unpredictable draft approaches