CHICAGO -- Welcome to another Draft Day. After taking Sam Reinhart and Jack Eichel at No. 2 in 2014 and 2015, respectively, and hosting the proceedings last year, this weekend's selections don't figure to have historic ramifications for the Buffalo Sabres.

Still, there will be significance to Friday night's first round. Some symbolic and maybe some tangible. It is the first time new GM Jason Botterill and, by extension, new coach Phil Housley get to put an imprint on the franchise. And not just by taking unknown 18-year-olds who might not see the Sabres for 2-3 years or even longer.

This roster needs more reshaping. More help on defense. More scoring. Decisions on key players. The amateur scouts did most of their prep work for this one and it was done by May, shortly after Botterill came on board. Housley, of course, was just hired so he's going to mostly observe those proceedings.

Botterill was in a good mood Thursday night after attending his first draft-week session with fellow GMs. He called entry into the big boys room "certainly exciting." He said he was happy to renew acquaintances with some of the other GMs he's worked with and to keep building relationships with new ones.

What goes on in that room certainly can make big impact.

Head scout Jeff Crisp told Sabres.com Thursday afternoon that Botterill has some things "in the hopper." One would imagine the new GM isn't likely to be as cut-throat about things as Tim Murray was two years ago in Florida when he simply announced to his staff that "No. 21 is gone" when Robin Lehner was acquired and likewise when No. 31 went to Colorado for Ryan O'Reilly.

So how big is Botterill's hopper? You have to wonder if the Sabres' first-round pick, No. 8 overall, is in play for the right price. Botterill and Housley aren't going to get a lot of grace period to build or rebuild a team. That's the unfortunate timing of their arrivals. Core pieces are already here. This franchise can't keep missing the playoffs.

Vegas GM George McPhee said Thursday he got three calls already about young defenseman Shea Theodore, acquired from Anaheim, and responded with a big no to all of them. Theodore has certainly been on the Sabres' radar before Botterill came on board and one would imagine Botterill made one of those calls.

Keep watching Minnesota for the likes of Jonas Brodin or Marco Scandella. Either of those could be a nice addition for the Sabres' blueline. Would either come at the price of Evander Kane? The Wild has cap trouble so it may not be the case. Still, Kane has to be near the front of the line of the Sabres' current issues.

Housley never mentioned Kane on his opening media tour that included several stops other than his introductory news conference. Now, that certainly could have been the omission of a guy who had to be exhausted after the whirlwind he was on from Game Six of the Stanley Cup final to a new job in less than a week.

Or maybe it wasn't. A smiling Botterill cautioned this corner to not seek so many tea leaves. (Hey, have we ever been accused of that before? Nah.)

"Phil has done a good job interacting with the players already," Botterill said. "We know the talent level of Evander Kane, the speed that he plays with the aggression he plays with, the way that Phil wants to play the game. We clearly know he's a special player."

We'll see in the coming days and weeks how special the Sabres really think Kane is. The growing feeling is that Terry and Kim Pegula aren't so fond of him and he's on his way out the door. He has to be if the Sabres won't sign him to a long-term deal now that he's entering the last year of his contract.

But repeating my oft-stated warning: As soon as you trade Evander Kane, you're looking for Evander Kane. You'll be looking for that power forward with the hands to finish plays and put the puck in the net.

Scorers go high in the draft. Obviously, teams winning the lottery get the most instant new fortunes. New Jersey and Philadelphia got that break this year by moving into the 1-2 spots and we're finally about to find out where Nolan Patrick and Nico Hischier will land. There's real intrigue there.

Ten years ago in Columbus, things changed forever for the Windy City as a hockey market when South Buffalo's Patrick Kane was taken No. 1 overall by the Blackhawks. Hall of Famer Denis Savard was doing a youth clinic earlier Friday at United Center and reminisced how then-GM Dale Tallon told Savard he was about to coach a franchise player.

"Obviously today we know what he means to Chicago and this organization," said Savard, who was fired in 2008, four games into Kane's second season. "I love him. I coached him here, saw him from day one in training camp. It was natural to see a player like that who you knew was going to be a spectacular player and a superstar. We're very blessed to have him." 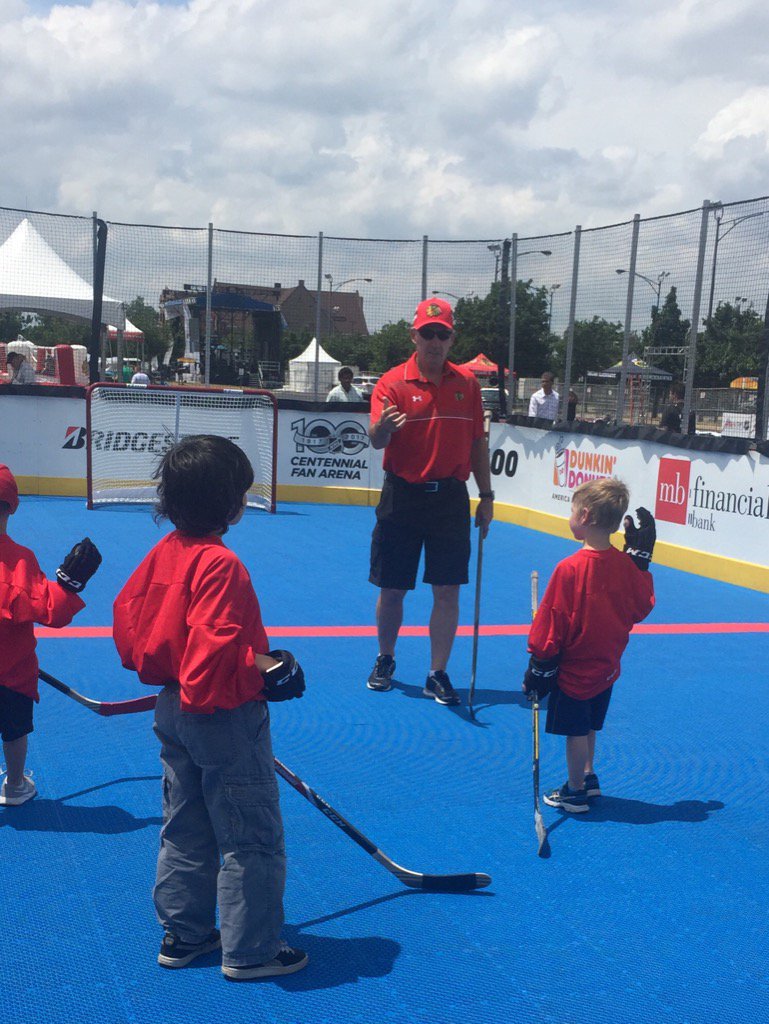 Savard said he's watching the Sabres closely. He's fond of Housley, who was still a player with the Hawks at the end of his career when Savard was an assistant coach.

"One thing about 'Howie' with a young team in Buffalo, he's going to be great for them," Savard said. "He understands how the game is played and how he played. To coach today, you have to communicate and make sure players are treated different than in our days. You have to make sure they get what they like, make sure your door is open. You listen to them. At the end of the day, you'll make the decisions but you have to listen to the players.

"It's a great story that started over in Buffalo more than 30 years ago. To end up back there now is awesome and I think Buffalo and its young players are in good hands."

With Botterill in charge, we get to find out a lot more about what kind of hands this organization is in Friday. Wonder if the pick will be gone again.