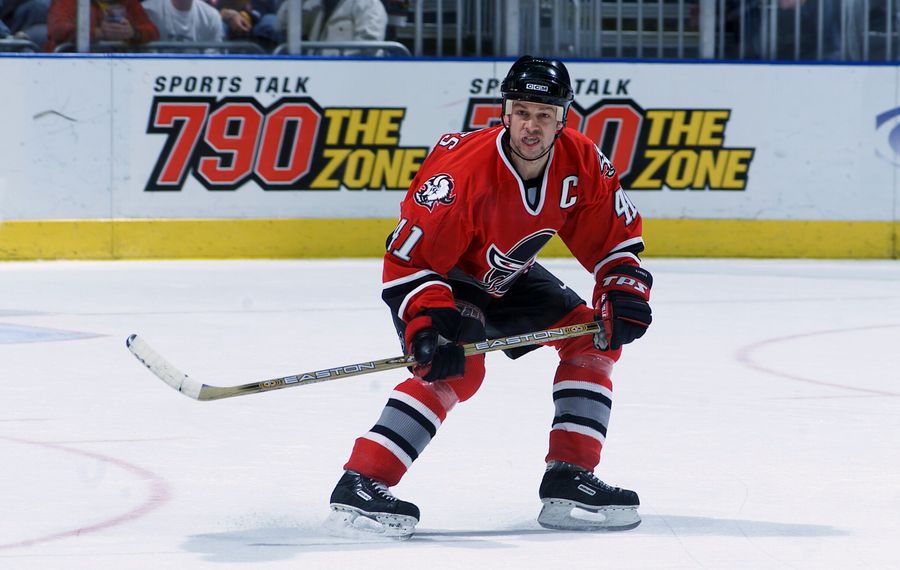 CHICAGO – There’s going to be a push to further build hockey in the United States. Terry Pegula will be involved.

Pegula is billed as an “alumnus/patron of Penn State University.” He funded the Nittany Lions’ hockey program. Illinois has a successful club hockey program, but it has lacked the funding to make a jump to Division I.

Hockey executives have held discussions on improving hockey in the United States. In a precursor to Friday’s news conference, the NHL, USA Hockey and the United States Hockey League agreed on a long-term pact to accelerate developing and marketing.

There will be financial support to further develop players, coaches and officials in the USHL, which serves as America’s primary springboard to college and professional hockey.

“We depend on amateur hockey organizations all over the world to develop the players, coaches and officials that aspire to matriculate to the NHL,” NHL Deputy Commissioner Bill Daly said Thursday. “The USHL has consistently demonstrated an ability to produce outstanding talent. Going forward, it is our continued intent to focus resources on the USHL’s developmental efforts.”

It didn't take long for one of the Sabres' former assistant coaches to get work.

Bob Woods will again be an assistant for Bruce Boudreau, this time in Minnesota. Woods previously worked with Boudreau in Washington and Anaheim.

Woods helped run the power play this season, his only with Buffalo, and the Sabres ranked first in the NHL. New coach Phil Housley decided not to retain Woods and fellow assistants Terry Murray and Tom Ward.

Monday was the 18th anniversary of the Sabres' infamous “No Goal” game against the Dallas Stars that closed the 1999 Stanley Cup final. Stu Barnes scored Buffalo’s only goal in the 2-1 defeat.

He's joining the coach who beat Buffalo that long night.

Dallas coach Ken Hitchcock, starting his second tour of duty with the Stars, has named the former Buffalo captain as one of his assistant coaches. He also hired former NHL players Rick Wilson and Curt Fraser.

Like Hitchcock, it's a second trip behind the Stars’ bench for Barnes. The 46-year-old was an assistant in Dallas from 2008 to 2011 and played for the Stars for five years after he was traded by the Sabres in 2003.

Barnes had 597 points in 1,136 career NHL games with five teams. He was especially clutch in the postseason with 30 goals and 62 points in 116 playoff games.

As usual, the top draft prospects got a good look at the host city. The players conducted a ball-hockey clinic for Chicago youth outside the Blackhawks' arena.

The prospects also boarded a sightseeing boat for a cruise through the Windy City's waterways.

They'll gather for the first round of the draft at 7 p.m. Friday, which will be televised by NBCSN. The second through seventh rounds will begin at 10 a.m. Saturday on NHL Network.