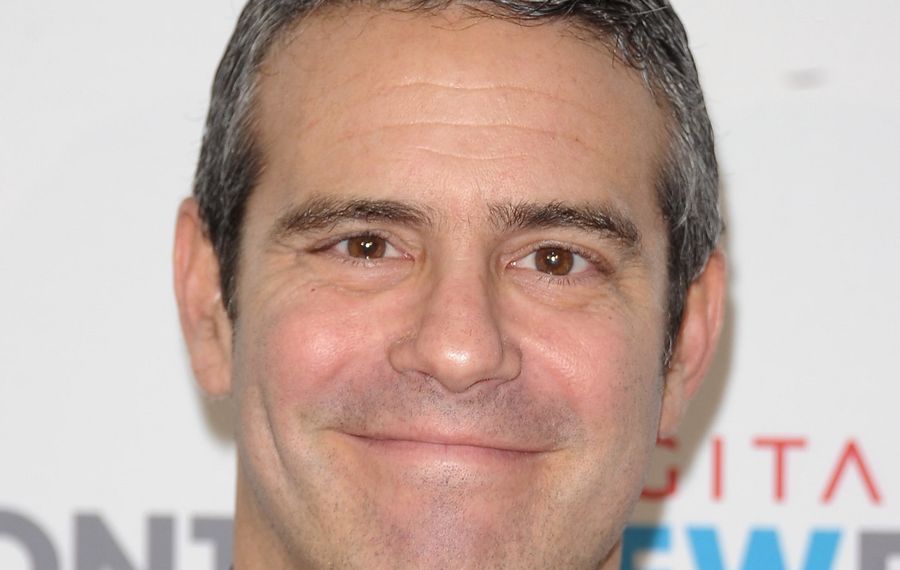 Not that many Western New Yorkers have actually said hello to Jakes' show.

It averaged a 0.5 rating in May and finished tied fourth in its time slot, even losing to "Bonanza" reruns on WBBZ-TV by a 2-1 margin.

Jakes' show will be replaced at 2 p.m. Monday on Channel 2 by Andy Cohen's "Watch What Happens Live."

Well, actually, Cohen's show is a "best of" the episodes previously seen on Bravo so it should be called "Watch What Used to Happen Live with Andy Cohen." And it will be edited for daytime viewing since Cohen's interviews with celebrities do tend to get a little risqué.

The "WWHL" reruns will run for several weeks before "T.D. Jakes" reruns return in August. In September, Channel 2 plans to carry reruns of "Dateline" at 2 p.m.

In any event, the premiere of Cohen's occasionally outrageous program led me to dust off an interview in California with the host and producer Deirdre Connolly that I attended with the nation's television critics in January. It may provide viewers with a preview of what they may see in reruns.

Connolly credited an appearance by Meryl Streep with leading publicists to believe putting their celebrity clients on the show was a good idea. Or at least not a bad idea.

"I think, for me, it was probably when we had Meryl Streep on, because she obviously is major," said Connolly. "It was a huge booking for us, and she had so much fun. We had Billy Eichner on, and it was the first time he was kind of, like, meeting her in person. And he freaked out, and she just laughed the entire time. So I think it was a turning point for us."

"Meryl Streep wanted to come on because she knew that a lot of women watched our show and she had a film out that she wanted women to know about," added Cohen. "She came on, and that was the first time that a studio really said, 'Wow, this is a great partnership,' and then the sky has been the limit for us after."

A former Bravo executive who is the executive producer of the "Real Housewives" franchise, Cohen said celebrities know what they are getting into when they appear on the program.

"So I think the great thing is, when people come on, it’s like they want to they come on to play," said Cohen. "They know what the show is, and they want to do it."

The guests are relaxed with what the late Jackie Gleason used to call "really good coffee." In other words, liquor.

One critic asked how important booze is to the show.

"I think it’s meant to be an organic experience," said Cohen, noting his show is the only live show in late night. "For me, I never drink at 5:00 p.m., but if you are coming to my house at 11:00 p.m., the first thing I’m going to do is say, 'What are you drinking?' And the next thing I’m going to do is ply you for information about your personal life and try to get some gossip out of you. So it’s pretty much an authentic experience of coming over to my house at 11:00. I do think it opens people up, and it loosens people up. And certainly not everyone drinks and not everyone drinks heavily. So it just has different effects with different people."

Cohen was asked if he knows what questions to avoid with guests.

"Well, I want everyone to leave happy about the experience," he said. "I do, though, think that people watch this show expecting me to go there with people and ask what they want to know. And we have a tendency of getting things out of people that they don’t necessarily reveal on other late night shows, and I think that’s one of the hallmarks of the show, frankly. And I think, when people come on the show, they expect that. They expect that conversation. However, I mean, if someone comes on and says, 'I absolutely will not discuss X or Y,' it either becomes a negotiation, or we figure out a way around it."

"A lot of times people turn to me during the commercial break and say, 'Oh, no. What did I just do?' And I say, 'It’s fine. It’s fine. Everything is good.'"

Since the show is live, the audience is asked to tweet questions. That obviously can't happen on the best-of programs that Channel 2 will be airing.

"It can be as simple as 'Wow, I love your shoes. What shoes are you wearing?' to 'Why did you break up with X or Y?' " explained Cohen. "If I know there’s sensitivity relating to an issue, I will be sensitive to that and maybe figure out a way to address it without going all in."

The show has some unusual pairings, including the night John Mayer and Dan Rather appeared together. Cohen loved that one.

"It usually works, and sometimes it doesn’t," said Cohen. "And it’s fascinating when it doesn’t. We’ve had guests who have wound up hating each other.

"Joan Rivers, on her last appearance on the show – it was about six weeks before she passed away – came on with, was it Maksim from 'Dancing with the Stars'? And before the show, he had said something that set her off, and she turned to me and made it clear that this was going to be not fun for him. … Somehow he turned it around and it was incredible."

Some other pairings work swimmingly.

Jenny McCarthy and Donnie Wahlberg, who Cohen said met on the show, are now married.

"And it was amazing," said Connolly. "It generated so much press the next day because Matt Harvey was this unexpectedly open, fun person that let all these places that might not write about us. Like, sports places were writing about us."

Cohen credits the show's staff with understanding his sensibility.

"I understand theirs," he added. "We all have the same kind of twisted sense of humor and love of pop culture."

"There was some moment with Selena Gomez where I really felt that I had to bring up Justin Bieber for some reason," he explained. "Yes. I don’t know that she loved it, so maybe that."

I don't know if you're going to love Cohen's show. But it should at least beat "Bonanza" in the local ratings.