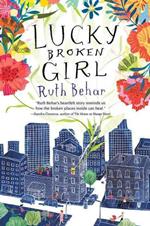 CHILDREN'S
Lucky Broken Girl by Ruth Behar; Nancy Paulsen Books/Penguin, 231 pages ($16.99) Ages 8 to 12.
...
Ruth Behar  takes her childhood experience of a year spent in a body cast after a terrible car accident to create a powerful tale of suffering, courage, forgiveness and starting anew in her marvelous first novel for young readers. Ruth and her family were Cuban refugees who had newly arrived in New York in 1966 when their car was involved in a pileup caused by a 16-year-old boy who was killed along with his four passengers. Ruth, who had learned enough English to be promoted to the "smart" class at school, was stuck in the family's tiny apartment in a body cast while her mangled leg healed. The author offers a vivid picture of her nine-year-old self experiencing acute physical discomfort, loneliness, boredom and anger at the young driver who caused the accident. A bigger world beyond her bedroom opens to her in the form of a young teacher sent to homeschool her, who quickly sees how smart she is, brings her challenging books to read, Spanish work to translate and tells her about Martin Luther King and his fight for civil rights. A kind new neighbor from Mexico paints her cast, brings her watercolors and teaches her to paint. Finally, comes the challenge of learning to walk again, and it wasn't easy. Behar's novel is a vivid portrayal both of her own childhood experience and of the new immigrant experience –her father's hard work at menial jobs, her homesick mother's struggle to learn a new language as an adult, the melting pot of friends in the neighborhood from Bangladesh and Belgium, the challenge of longing for one's native land while making a new life in a strange land. Behar, now an anthropology professor at the University of Michigan, includes an author's note at the end explaining how she came to write the novel based on a trauma that still sometimes haunts her: "It took me 50 years to release that pain and to honor the voice of the broken girl." 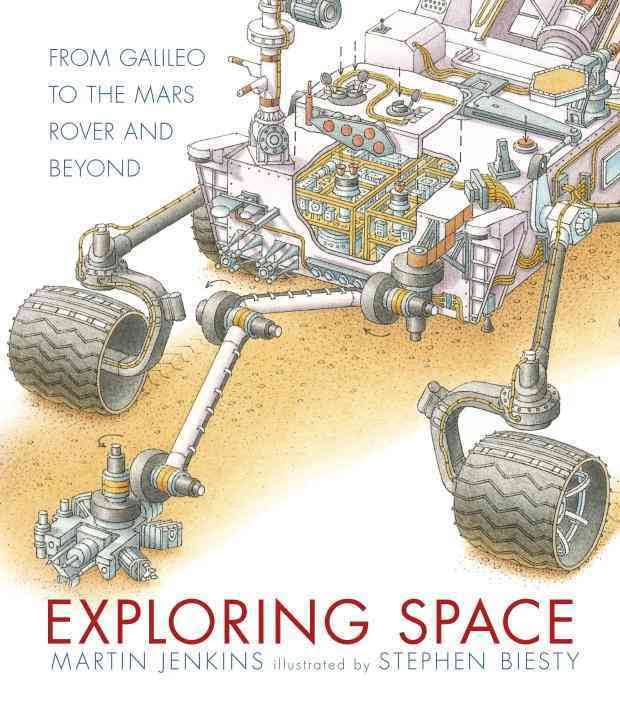 CHILDREN'S NONFICTION
...
Exploring Space: From Galileo to the Mars Rover and Beyond by Martin Jenkins, illustrated by Stephen Biesty; Candlewick Press, 60 pages ($17.99).
"These days, most of us don't have much trouble with the idea that our home is basically a minute ball of rock spinning around an ordinary star in an unimaginably huge universe." What are the chances humans will be able to settle on Mars? Where in the solar system might we find alien life? Martin Jenkins examines these questions in this fascinating story of humans making "the great leap into space." In clear, concise and interesting language, he takes us from the ancient astronomers who figured out the earth was a globe and early navigators who used the positions of the stars to figure out their location (a precursor to GPS) to the latest ideas about building a space elevator to make settlement possible on Mars. Stephen Biesty's marvelous cutaway illustrations include such wonders as the sophisticated telescopes at the European Southern Observatory's Paranal facility in the Chilean Andes; the Russian Soyuz, the world's biggest rocket, the International Space Station and what a settlement might look like on Mars.