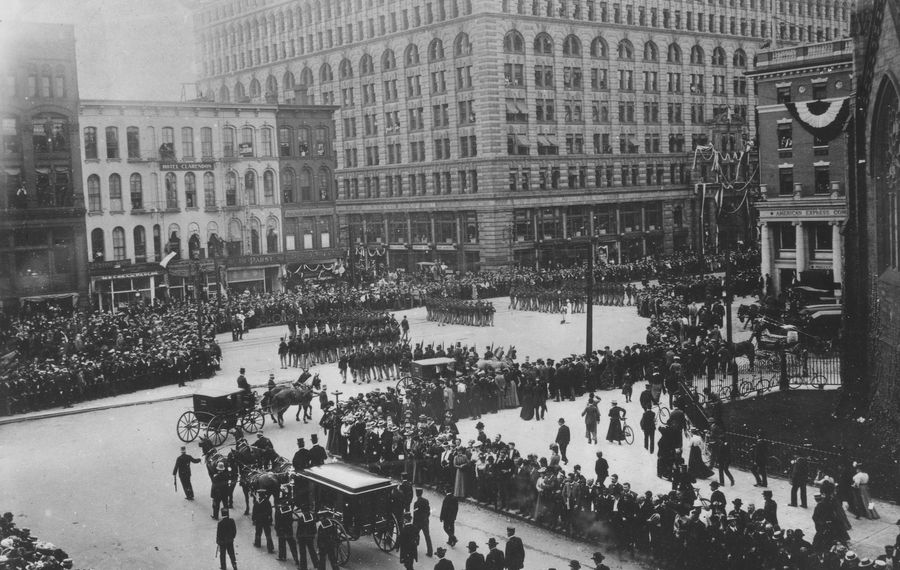 When John F. Kennedy was assassinated on Nov. 22, 1963, it marked the first time in our nation’s history that an event of such magnitude was broadcast across our television screens. A stunned nation watched a visibly shaken Walter Cronkite announce the death of the president.

The images that followed are forever etched in our collective memory: a solemn Lyndon B. Johnson taking the oath of office with Jackie Kennedy – her designer suit still speckled in her husband’s blood – standing behind him; the casket of the slain president unloaded from Air Force One after returning to Washington, D.C.; and little John F. Kennedy Jr. saluting his father’s casket as it passed him during the final leg of the funeral procession to Arlington National Cemetery.

Surprisingly, that was not the first time a slain president’s funeral procession was captured on film. William McKinley, succumbing to injuries suffered after an assassin shot him while visiting the Pan-American Exposition, lay in state in Buffalo in what is now called Old County Hall before returning to Washington, D.C.

His funeral procession, including when his body was carried from Franklin Street into Old County Hall, was captured on film and is now part of the Library of Congress. You can view this historical event in the video below; skip to 6:30 for the part filmed in Buffalo.

On Sept. 15, 1901, the remains of William McKinley left the home of John Milburn at 1168 Delaware Ave. after a short service there. A despondent Mrs. McKinley did not attend the service but rather listened from atop the parlor’s landing.

Outside, city police on horseback, a marching band, and row after row of military detachments traversed down Delaware Avenue, passing by the home of Ansley Wilcox, where Vice President Theodore Roosevelt had been sworn in as president only one day earlier.

Homes lining Delaware Avenue that had been decorated in red, white and blue bunting to celebrate the president’s arrival days before were now decorated in black. A line of horse-drawn carriages, including the hearse flanked by soldiers, brought up the rear of the funeral procession.

The funeral procession rounded Niagara Square, turned left onto Eagle Street, and then headed right onto Franklin Street. As heavy rain began to fall, soldiers carried the slain president into the rotunda of City Hall. There, a steady stream of mourners entered the Franklin Street entrance, quietly passed by either side of the open casket and exited through the Delaware Avenue entrance of City Hall.

It was estimated that more than 75,000 mourners paid their respects. 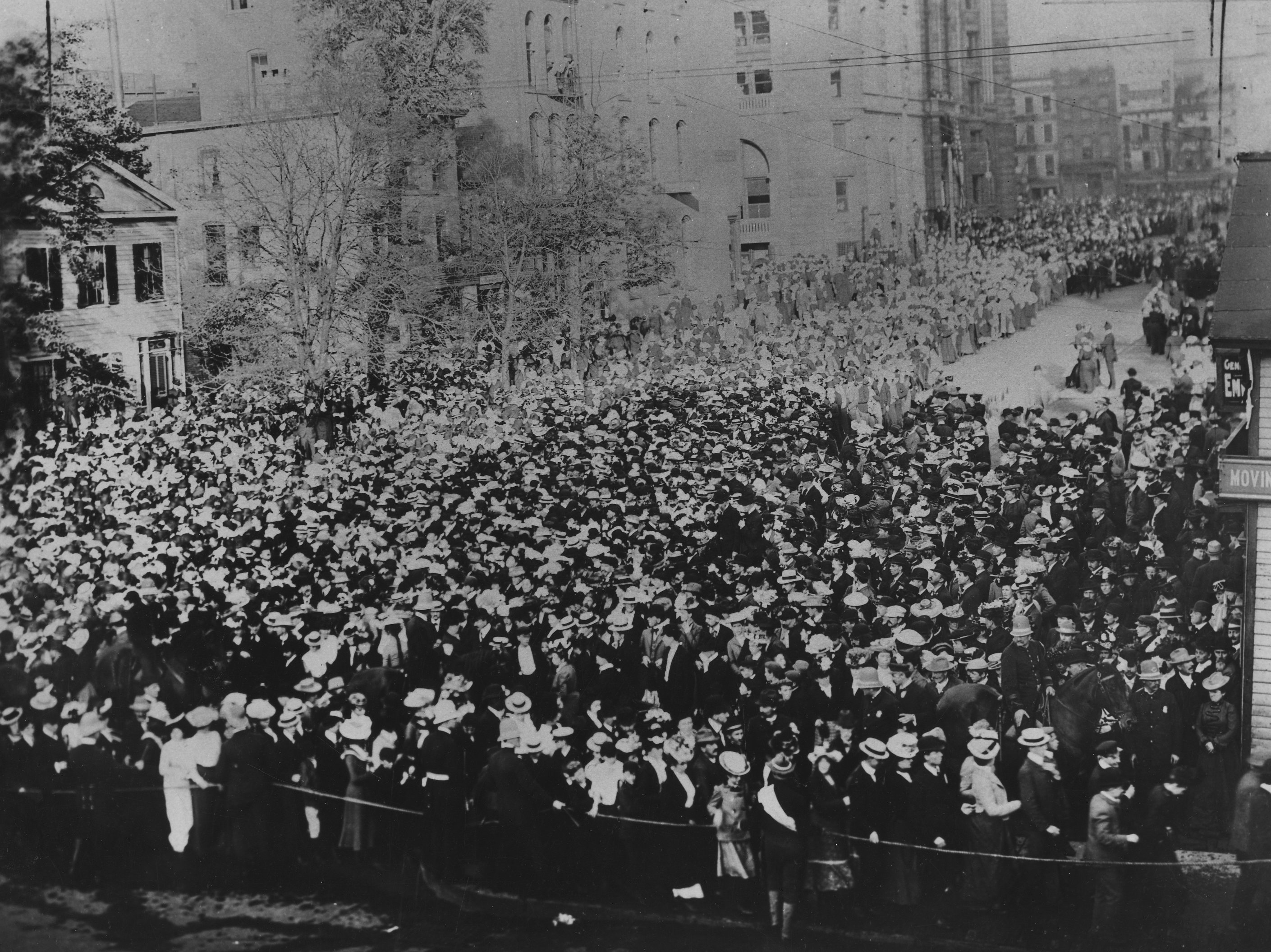 The following day, as mourners once again lined the streets, the funeral procession continued down Church Street, turning right onto Main Street and passing both St. Paul’s Cathedral and the Ellicott Square Building. It continued to Exchange Street’s New York Central Railroad station (near the current Amtrak station), where a train bedecked in black waited to escort the president’s body back to Washington, D.C., and, later, Canton, Ohio, where he is buried.

And much like Dallas and John F. Kennedy, our city and a murdered president would be forever linked.

Why doesn't Buffalo do more to commemorate President McKinley's assassination?