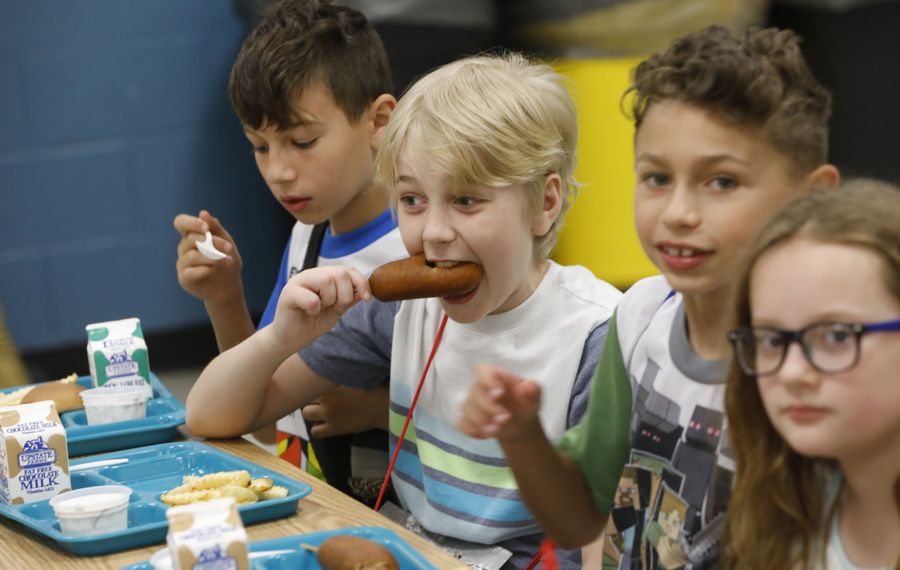 President Trump hasn't been able to lock down a travel ban, or repeal Obamacare, but he has succeeded in one area: changing school food.

"It doesn't put such a chokehold on the items that we can serve," said Sandy Cocca, head of food service at Sweet Home Central School District. "We don't want to put something on a plate that they're going to throw out. We want them to consume what's on the plate."

In the cafeteria, though, kids balked at eating some of the food.

Lobbying groups for nutrition directors and companies that sell food to schools also called the Obama regulations too strict.

An upcoming requirement to further curb sodium in meals – a tough ask and an even tougher sell, say cafeteria directors – has been delayed. Schools also can continue getting exemptions from serving 100 percent whole grain-rich food.

And back on the menu: 1 percent chocolate milk, not just the fat-free variety. 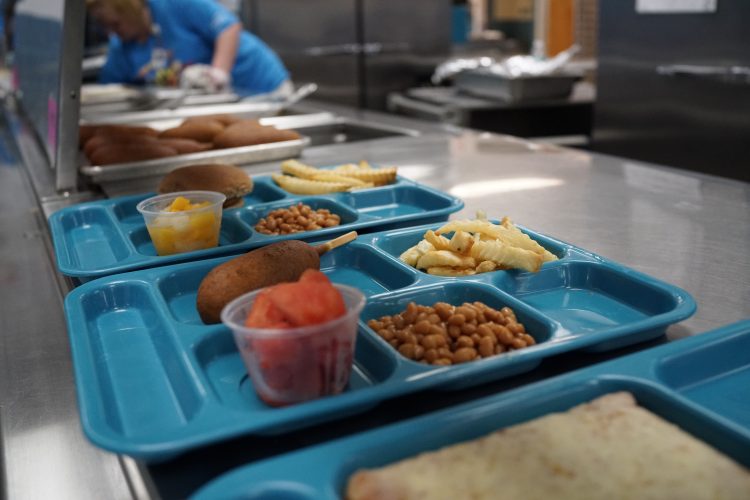 Lunch trays on the counter in the cafeteria at Cayuga Heights Elementary School in Depew, Friday, June 9, 2017. (Derek Gee/Buffalo News)

"This letting-up-a-bit is a good thing for schools," said Roll, who has worked as a food director for 27 years and for the last 10 at Ken-Ton.

"The best bagels ever," third-grader Cathryn Lohr, 10, said Friday, seated at a lunch table with classmates.

That's the kind of exemption the administration's moves will continue to allow.

He thinks the federal plans will let food directors be more creative in what they serve students.

"I just hope they don't go back too far," he said.

Food directors said they would have struggled to meet the now-delayed July target for sodium – up to 935 milligrams per week for elementary lunches, 1,035 for middle schools and 1,080 for high schools.

A tray with milk, an apple, half a cup of broccoli and a hamburger on a bun would not have met the elementary school standard, Cocca said.

A tray with fat-free milk, mustard, an orange, low-sodium green beans and a turkey wrap would have exceeded all three limits, according to a pamphlet from the School Nutrition Association, the main group that has lobbied for changes.

"So what do you serve?" Cocca asked.

It's a tug-of-war between serving students healthier foods and foods they will like and eat. 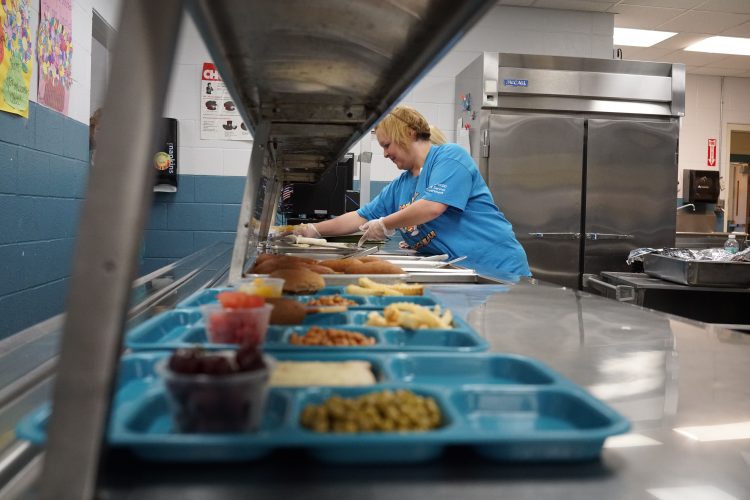 When kids choose not to eat school lunches, schools lose control over how healthy their students eat. If students aren't drinking the milk or eating the food at school, directors worry about what they're choosing instead.

There is also debate about how much to slow the regulations and at what age group.

"We may be doing a disservice to the little ones who are used to it," said Bridget O’Brien Wood, director of the food service in Buffalo Public Schools. "I don't want to undo what we did."

She said city schools could decide to reduce whole grains at the high school level, where more students are used to older school meals, but keep them the same for elementary children, who have grown up under the Obama standards.

Other directors spoke of similar tinkering, and none of them wants to take a step backward by swapping out healthy food that students enjoy.

That's the case at Cayuga Heights – the third-graders who met with The Buffalo News all liked the fat-free chocolate milk they've been drinking in school.

"Each district is trying to find the right place for their students," Roll said. "You just have to work with what your kids are telling you they'll accept."

Sweet Home, Ken-Ton, Frontier and Buffalo will all be offering 1 percent flavored milk in at least some of their schools in the fall. Fat-free will remain the only option in Depew schools, where Albi, the director, said it has been accepted.

The directors say they don't want other aspects of the Obama standards to disappear, like mandated fruits and vegetables. They just want leeway in difficult areas where the costs can outweigh the benefits.

"No one's abandoning that idea," O'Brien Wood said, referring to reducing youth obesity, the goal of the old standards. "I think we've had to look at what's working and what's not working, and change things from there."