This year will go down in local music history, for it was during March that Westside Gunn & Conway became the first Buffalo hip-hop artists to sign with a major label. Eminem's Shady Records, a subsidiary of Interscope, scooped up everything that Westside Gunn – born Alvin Worthy in Buffalo in 1982 – releases beneath his Griselda Records imprimatur.

This is huge news, and yet, it seemed that Westside and his brother, Conway, were not exactly hanging around Buffalo taking a victory lap in the wake of the announcement. It appeared that the duo and their roster of fellow artists had their sights set on bigger game.

When I wrote about the Griselda/Shady Records deal, Gunn shared a link to the piece on Instagram, and Tweeted this: "I made the Buffalo News and I'm not going to jail or died that's #BLESSINGS." 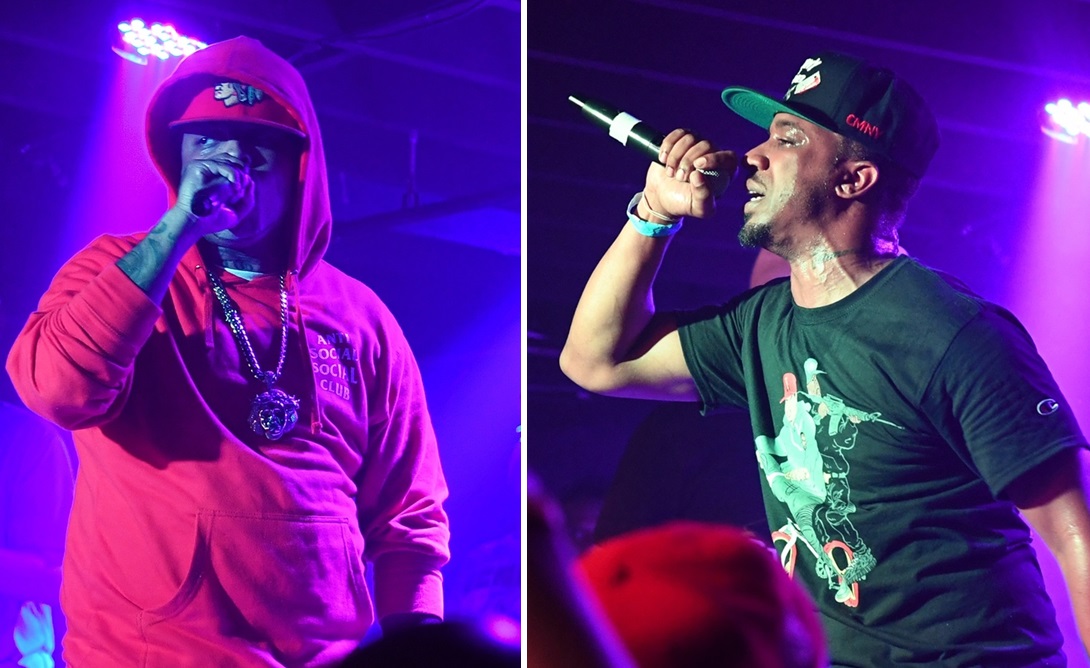 No, he wasn't going to jail –  he was going on tour with his brother, his friends and Griselda Records label mates as the "Griselda on Steroids" package jaunt. That ensemble returned home for its overdue victory lap June 17 at Waiting Room.

A full house awaited and, due to an air conditioning malfunction on the hottest day of the year to date, sweated right alongside the musicians. There was no bitterness in the vibe, only a sense of  shared acknowledgement of hometown artists getting their just due. It felt like the moment carried a certain amount of historical heft.

It was a long and brutally good show that truly celebrated the wealth of talent chilling beneath the Griselda umbrella. In addition to Gunn & Conway's headlining set, we were treated to offerings from Camino, Jay Worthy, Daringer, Benny the Butcher and DJ Green Lantern. The heat beat people down a bit, and both Benny and Gunn had to demand that the party stay at a fever pitch, but eventually it did, and a true Buffalo-style homecoming ensued.

By the time of this show, the troop already had spread the gospel of hometown hip-hop to New York City's Webster Hall, where the likes of Raekwon, Styles P, Jadakiss and Mobb Deep's Prodigy all stopped in to support one of the year's biggest hip-hop breakthroughs. It's not at all gilding the lily to suggest that these NYC hip-hop legends were passing the torch to Gunn, Conway and crew. That's appropriate, for the Griselda vibe is certainly redolent of the gritty urgency of classic '90s Big Apple hip-hop.

The difference? These guys are telling our city's stories, like embedded reporters from a Buffalo reality that is all to often glossed over by a mainstream focus on our supposed renaissance. If there is indeed any renaissance for the less-than-wealthy in this city, it will be demanded, fought for and claimed, not gifted by real estate developers. Griselda's success offers proof.

Will Westside Gunn & Conway's success shine a national spotlight on Buffalo hip-hop or the vibrant local music scene in general? Who knows? But if you're a Buffalo artist making music that you believe in, I'd recommend you be ready. Just in case.