St. Francis High School graduate Johnathan Ciolek applied to six colleges last fall and winnowed the list in January to John Carroll University, a private Jesuit school near Cleveland. Ciolek liked John Carroll's size, and the fact he could continue his studies at a Catholic college.

So when Gov. Andrew M. Cuomo and the State Legislature agreed in April to provide middle-income students with free tuition to New York State's public colleges and universities, Ciolek changed his mind. He now plans to attend SUNY Buffalo State, where he will enroll in the honors program and intends to study communications and journalism.

"It helps financially for me," said Ciolek, 18, of Lackawanna. "One of my main goals is to go to college and hopefully graduate debt-free."

Students like Ciolek, however, appear to be the exception. The free tuition offer has had little effect on where most graduating high school seniors are headed to college this fall, area guidance counselors say.

Ciolek completed his application for the new Excelsior Scholarship on the same day that the state opened the online application process, which runs through July 21. So far, 32,000 applications from across the state have been submitted to the Higher Education Services Corp., the state agency overseeing the Excelsior program. A breakdown of the applications by county was not available.

At Williamsville South High School, which will graduate about 200 seniors on Saturday, guidance counselor Cheryl Goldstone said she was aware of just two students who applied to receive the Excelsior Scholarship. Typically, about half of college-bound Williamsville South graduates enroll at SUNY campuses anyway. But some of them were reluctant to apply for the Excelsior Scholarship because it has various strings attached. Students are required to complete 30 credit hours of coursework per year and to graduate within four years. They also must reside in New York State for up to four years after they graduate. If they move out of state before then, the scholarship will convert to a loan.

"I think people are being very cautious," Goldstone said. "It felt like there was so much fine print."

Besides, she said, implementation of the program was very late in the process of picking a college, which often involves sorting through financial aid offers.

The Excelsior Scholarship program had little influence on where this year's 210 Canisius High School graduates will end up.

"They were mostly committed to their schools before this became official," said Mark Veronica, a counselor at Canisius.

While it is possible students could end up switching to a SUNY school upon learning later this summer that they will indeed get free tuition, Veronica said he hasn't received late requests to forward high school transcripts to different colleges and universities.

Trey Gardner also didn't see or hear much interest in the Excelsior program among the graduating seniors at Clarence High School, where he is a counselor.

"In some ways, it's still sort of such an unknown," Gardner said. "I did not have one student ask me about it."

Seniors and their families put in a lot of time and effort studying schools and financial aid packages that were on the table prior to Excelsior being finalized.

"It's hard to all of a sudden take that left turn," Gardner said.

The Excelsior program didn't have much influence at St. Francis High School this year, either, said counselor Cindy Krug. Students chose a "really diverse group" of colleges and universities, including schools as far away as Texas and California, Krug said.

But Krug and other counselors predict that Excelsior will hold greater sway with next year's graduating class and beyond, when the program's kinks are worked out.

Canisius typically sends about two-thirds of its graduates in a given year to private colleges and universities and a third to SUNY schools. But that ratio could change in the future, Veronica said.

"It's going to certainly show up here. It's going to lead to more applications to the SUNY system, which is going to have a detrimental effect on the private schools," he said.

John Carroll offered Ciolek financial aid to defray its $38,490 sticker price. But even with loans and grants, Ciolek would have had to pay at least $6,000 per year out of pocket. He also would have been stuck with thousands of dollars of debt after graduating.

There's still the possibility of debt if he wins an Excelsior Scholarship and fails to meet the criteria of the program, including the post-graduation residency requirement. But Ciolek doesn't seem too concerned.

"I don't know where the opportunities are going to take me," he said.

Local private colleges and universities are bracing for fallout from Excelsior.

Deposits for freshmen planning to enroll at Canisius College in the fall were off by about 50 from where they were a year ago at this time, said Canisius President John J. Hurley. 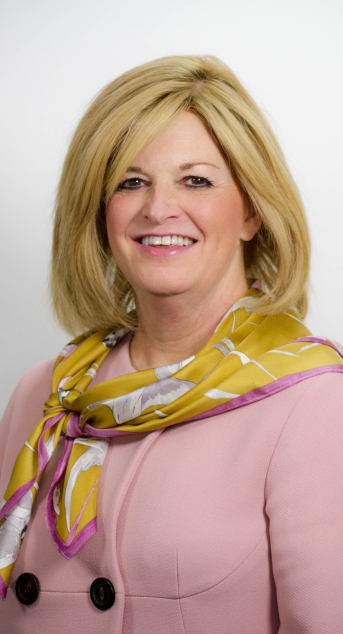 "We're going through, student by student, to see, if they have not registered for the fall, is it a result of a financial issue?" said Lorrie Clemo, D'Youville College president.

Some families were delaying their commitments to schools for the fall until they learn the status of their Excelsior applications, he said.

May 1 historically was the deadline for students to make their college decision and put down a deposit for the fall semester. But that date has begun to slip in importance as colleges and universities compete for a shrinking pool of traditional college-age students. Students who are put on a wait list at highly selective schools don't feel as compelled to hold a spot elsewhere with a deposit at another school.

None of the colleges and universities in Western New York is highly selective, so they have to wait for the ripple effect to play out. Last summer, for example, Canisius received 75 deposits for its freshman class after May 1.

"Excelsior adds another level of complication to that picture," Hurley said.

Freshman and transfer deposits by May 1 at D'Youville College were up by 2 percent over last year, said President Lorrie A. Clemo.

But a deposit isn't nearly as firm a commitment as it used to be, either.

"Students and their families are becoming more sophisticated in making sure they hold a spot, go to various orientations and make sure there's the right fit," Clemo said. "We're being extremely cautious until we see the actual students arrive in August."

D'Youville administrators don't have a clear picture yet whether the college will lose any currently enrolled students to a SUNY school.

"We're going through, student by student, to see, if they have not registered for the fall, is it a result of a financial issue?" Clemo said. "Are they saying they're leaving for financial reasons, and is it because they have this other opportunity under the Excelsior Scholarship offered to them?"