The I-190 southbound heading into downtown Buffalo was closed for about an hour during the Monday morning commute because of a car fire.

Firefighters responded to the vehicle fire near the ramp from the Scajaquada at about 8 a.m., according to camera images from the Niagara International Transportation Technology Coalition.

No one was injured in the vehicle fire, a State Police spokesman said.

Traffic on the southbound I-190 was backed up several miles from the Scajaquada exit to near the Sheridan Drive exit, NITTEC reported.

The closed section of highway reopened at about 9 a.m. 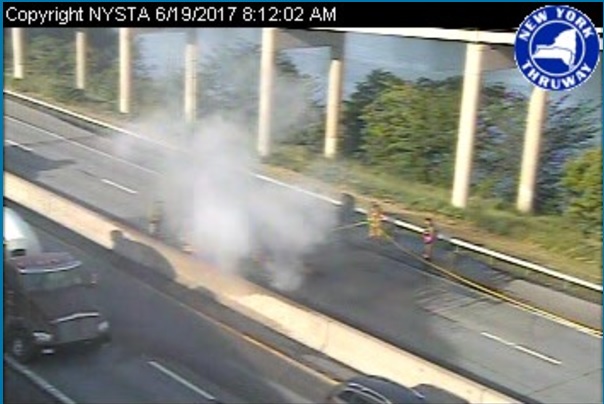