There's nothing new about the nutjob theories of Alex Jones – that, for instance, the massacre at the Sandy Hook School in Connecticut never happened and that 9/11 was an inside job.

We've always had people in this country eager to tell us about all the conspiracies that are being kept from us by mainstream media.

In 1964, a Pulitzer Prize-winning historian from Buffalo (Fosdick-Masten High School, UB) named Richard Hofstadter wrote "The Paranoid Style in American Politics." In later years, he wrote "Anti-Intellectualism in American Life." There was a historian who knew exactly where we'd be in the 21st century. Alex Jones could have been a Hofstadter nightmare come to life.

What is new about Jones is evidence that an American might actually listen seriously to him. And that a president might be one of them. It's also new that, in the broadcasting world Rush Limbaugh all-but-invented and Fox News turned into a juggernaut, reptiles can wander freely throughout broadcasting looking for shelter among fellow citizens of similar disturbance among us.

Jones, somewhat incredibly, has found it on NBC News' Megyn Kelly advertisement for herself opposite "60 Minutes" on Sundays. Her announced interview with Jones has been inflaming people of goodwill for weeks now. 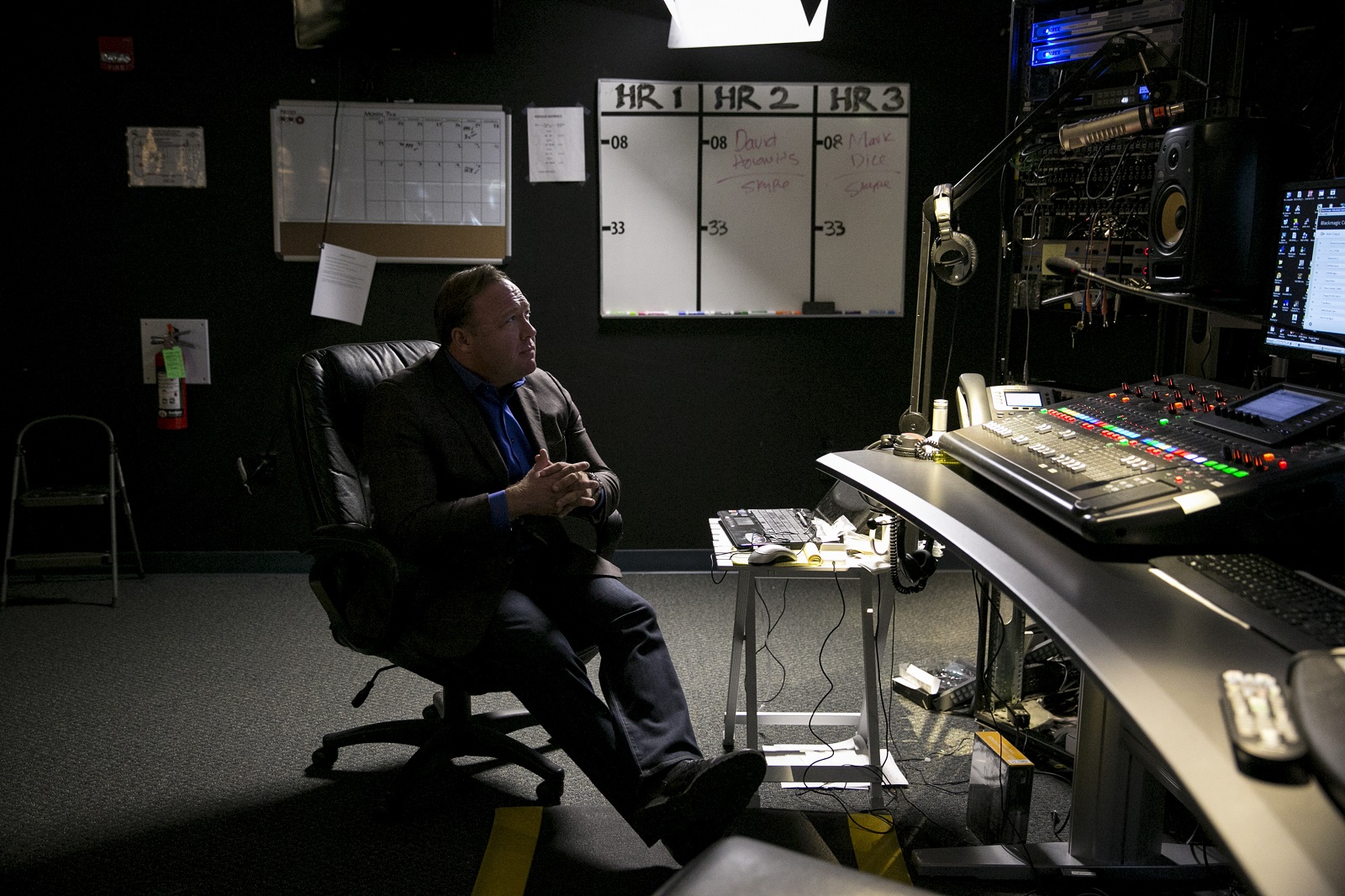 The crucial question begins this way: The lunatic fringe is always with us. Does, however, an avid and hopelessly exploitative ratings-seeker have the journalistic right to scrape that fringe off the floor and dump it into the Public Brainpan via network TV?

Kelly, of course, is right when she says that journalists ought to be able to interview everyone, even Osama Bin Laden and Adolf Hitler.

But Bin Laden had perpetrated traumatic terrorist atrocities when he was interviewed. And Hitler was torching Western Civilization across Europe. Getting into his head could have done some good for people besides historians.

Alex Jones is just a loudmouth bozo who can't even get on the air in Buffalo. If Kelly were to give him the publicity that enabled that, then what? Is that news?

A provisional verdict is in on Kelly and it's not good. Her interview with Vladimir Putin was a pointlessly disputatious and truculent mega-flop. Her lead-off interview on her next show was with sports reporter and "Dancing With the Stars" co-host Erin Andrews. It was mildly touching, in a Barbara Walters sort of way. Andrews' struggles with a stalker who saturated the web with nude photos and then, her struggle with cancer made for a proper news segment for Kelly's show, though hardly one guaranteed to steal viewers from "60 Minutes."

But that, as Hyman Roth might have put it in "The Godfather, Part Two," is the business she's chosen. And this week, Jones became the way she chose to do it.

A genuine journalistic investigation of a bloviating lunatic from the fringe is justifiable. But we've now had conclusive evidence that Kelly is not the one to do it. (Where's Steve Kroft when you need him? Oh, yeah; he's on "60 Minutes.")

NBC is full of people who could have done it. But the prospect of Kelly throwing spitballs at him, which only bolsters his fame and legitimacy on Sunday night television, is ugly indeed. 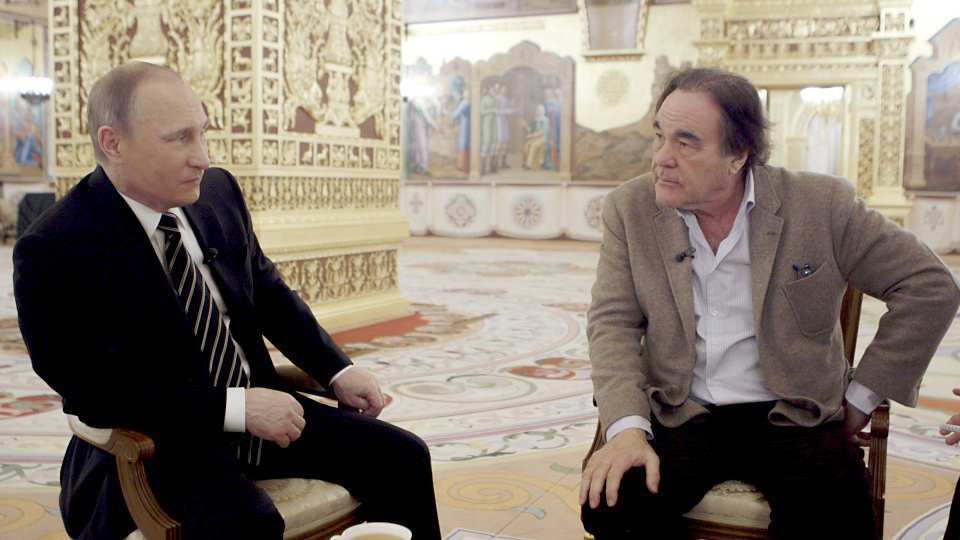 Stone's position as America's Leftist contrarian-in-chief took one of his most extremist stands ever with Putin. But it doesn't change the fact that his approach to Putin – human, biographical and above all thorough – is exactly what Kelly could have done to give her interview with Putin any value to a TV audience.

The somewhat astonishing – and, no doubt, enraging – thing about Stone's five-hour multi-part report on Putin is that Stone is sympathetic to the Russian leader.

What Stone says in an interview in The Nation about his portrait of a leader often portrayed as a thug and a monster, is that Putin "could have closed" (the interview) "off at any point." But "I think I kept his interest by dancing, by doing what a movie director does with actors, making them want to do the scenes, keeping the interest going. That's a quality I've picked up over the years working with actors. I've done it with heads of state – Castro, Netanyahu, Arafat."

The result of what can only be termed Stone's Putin advocacy was that, whatever we might think of his conclusions, he revealed a Putin to us that Kelly's pointless spitball barrage never approached.

The fact that Stone seems markedly pro-Putin is not something many of us are likely to embrace. But one of the things that real journalism does is reveal what motivates newsmakers, including monsters.

And Putin, in Stone's view, is a misunderstood leader who successfully brought capitalism to Russia, winding up "more on the Europe side of things than the American side."

He's also dealing with America's own meddling in Russian elections. So says Stone in that interview in The Nation.

There was much that was vaguely contiguous about Stone's and Trump's Putin but, as easy as it is to decry the history train Stone is on, there was no question that Stone had tried to deal with Putin's ideas, his life, his career and his character. And that is what we Americans – whose ignorance of Putin is close to total – need journalists to do with world leaders of such power and significance.

Does anyone anywhere need to know about Alex Jones? Or do we need to know why the lunatic fringe has become welcome inside the heads of people who should know better and have come into real power?

Wouldn't it be nice if the right wing had its own Oliver Stone to interview President Donald Trump as subtly, smartly and thoroughly as Stone to give us some sense of what is going on inside his head?