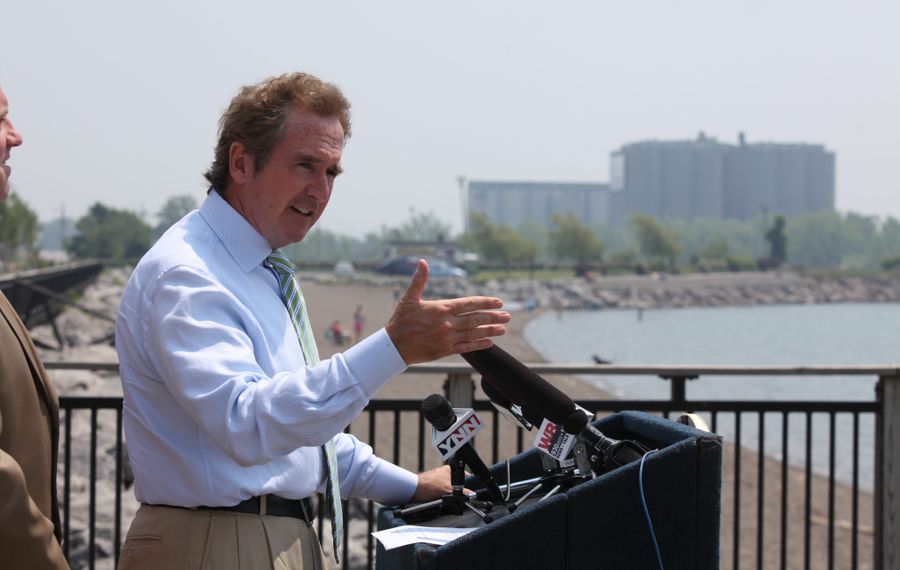 Higgins's comments followed an announcement of a new policy toward Cuba by President Donald J. Trump that seeks to limit travel by U.S. citizens to Cuba and certain business dealings, in particular with the military, but leaves in place other elements of the Obama administration's moves to ease trade restrictions with the island.

Trump had pledged during the campaign to roll back the previous administration's Cuba policy.

The exact policy changes remain unclear. Trump's directive will order the Treasury and Commerce departments to write new regulations, but leaves in place diplomatic relations between the countries, as well as existing transactions, according to news reports.

Roswell Park gets OK for trial of lung cancer vaccine

"As your respective departments begin promulgating regulations to effect the intent of this announcement, I respectfully request that in doing so, you do not take any action that would disrupt an ongoing lung-cancer drug vaccine trial that was made possible as a result of an agreement between the Roswell Park Cancer Institute and the Cuban Center for Molecular Immunology," Higgins, D-Buffalo, wrote to Treasury Secretary Steven Mnuchin and Commerce Secretary Wilbur Ross.

CIMAvax was approved by Cuba in 2008. U.S. doctors can't prescribe the drug without FDA approval after studies in this country.

CIMAvax is a vaccine. But, it was developed to stop cancer from growing, not to prevent it. Rather than attempting to kill cancer cells like chemotherapy, CIMAvax targets epidermal growth factor, a protein found naturally in the body that signals cells to grow.

The vaccine stimulates the immune system, leading the body to produce antibodies that stop epidermal growth factor from attaching to cancer cells and signaling them to grow out of control.

About 5,000 patients in other countries have received CIMAvax. The results have been modest – but interesting enough to raise hopes for progress in treatment, especially among patients with high levels of epidermal growth factor.

Advanced lung cancer patients on CIMAvax lived three months longer than those in a control group in a Cuban study of 405 participants, published in 2016 in the journal Clinical Cancer Research. But the survival benefit was even greater for patients with high concentrations of the protein in their blood, and researchers are hopeful for even better results with the addition of nivolumab.

Slightly more than 20 percent of the patients in the study with high levels of epidermal growth factor who received CIMAvax were still living five years later, while none of the participants in the control group were alive after five years.

"Our clinical trial with CIMAvax started in January of this year, and I’m very pleased to note that it’s continuing to enroll patients with lung cancer. We’re excited to move our work forward to see if this unique immunotherapy vaccine can significantly improve our ability to treat and control cancer. We expect to continue as planned and to evaluate these new policies as we move forward," Candace S. Johnson, president and chief executive officer of the cancer center, said in a statement.