Kristin Phillips recognized the symmetry right away last Tuesday. Her family was watching the youngest, 6-year-old Cameron, play Cheektowaga Youth Baseball in a machine-pitch league when the oldest, Aaron, notified his parents that he had been selected by the San Francisco Giants.

"There's no place better!" she said via text.

Kristin and Jerome Phillips had come full circle with their four sons. Yesterday, it seemed, Aaron was a 6-year-old baseball beginner on the same diamonds along Community Drive. He loved everything about the game and played for the right reasons: competition, teammates, making friends and eating candy.

Every young ballplayer dreams about someday playing in the big leagues, but for most it's nothing more than a far-fetched fantasy. Phillips' objective every season as a young player was improving on the previous one. Fourteen years later, the purity of his passion still comes from the little boy within.

"I always loved playing the game," Phillips said after the Giants selected him in the ninth round out of St. Bonaventure. "It continued in college. There were times where there would be pressure situations and big games. But the whole point of playing, even at the higher levels, was to play a game you had so much fun with."

Looking back, he made a natural progression toward professional ball. He would be the first to say he wasn't blessed with an overabundance of natural talent. He was a very good athlete who had tremendous potential, yes, but for years he had teammates who were stronger, threw harder, ran faster and hit better.

Phillips had so much fun playing baseball that he didn't realize how far it would someday take him. As a little kid, he hoped to advance from the house league to the travel team. Then it was making his high school team and an elite summer team. He graduated to college ball, and from college ball … you never know.

Yesterday, it seemed, Phillips was 15 years old and sleeping on the floor of my family room after raiding my refrigerator. Full disclosure: He was good friends with my oldest son while they played for the A-Turf Titans and Empire State Elite. I can assure you that Phillips is a better person than he is a player – and he's a damned good player. 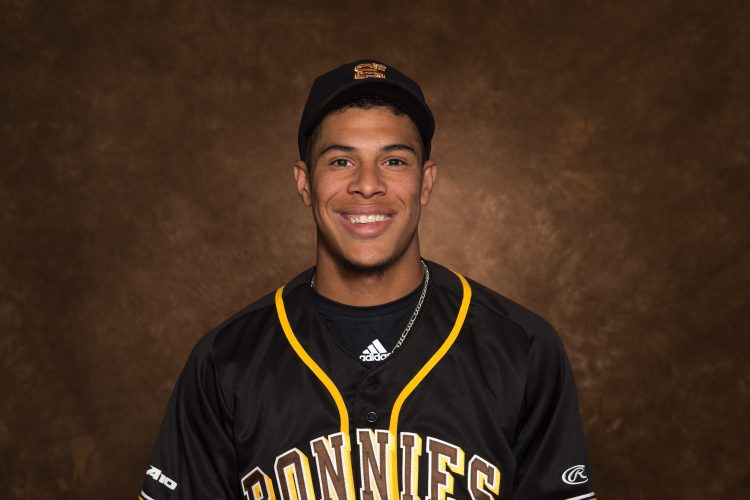 In 2012, he was a long and lean 6-foot-3 second baseman and solid hitter on a team loaded with talent. The Elite included 12 players from 10 high schools, never lost a single game in their age group in Western New York and finished fifth out of 275 teams in the 2013 World Wood Bat tournament in Atlanta.

Phillips was a spot relief pitcher on that team. Charlie Sobieraski played third base and seldom pitched before becoming a pitcher at the University at Buffalo. He'll play for Pitt next season. Ryan Stekl and Joe Preziuso landed at Canisius. Brian Wasilewski joined Sobieraski at UB. Brett Helmbrecht ended up at Coppin State.

Others moved to junior colleges and Division II and Division III schools. In case you were wondering, my son turned down opportunities to play college ball and focused on academics at the University of Richmond. (Side note: Unlike today's diluted travels teams charging $2,000 or more per player, we paid $600 a year.)

"The game was easy, and it was fun," Phillips said. "In my head, it was like, 'The next level shouldn't be that much harder.' The group of guys I played with took that stress – was I good enough to compete? – away because I felt like I belonged on that team. I was having so much fun that I just wanted to keep playing."

Truth be told, when he was a teenager, his mother wasn't keen on the idea of her son playing professional ball and living a nomadic lifestyle without a real job. She feared he would never settle down and build a family while bouncing around the minor leagues. Now she sees a mature 20-year-old who is fully committed to his craft.

Phillips' father played football for Ithaca College and understood their son's love for baseball. As a kid, Aaron often waited for Jerome to come home from work to play catch and take grounders. He wouldn't stop until he fielded 50 ground balls in a row without making an error. If he did, they started over.

Phillips is a prime example of what can happen when a player has his priorities in order, never loses his desire and gives himself a chance. Now, he's ready for another level – the next level, as they say – in this strange-but-true baseball story about a lanky infielder who morphed into big-league pitching prospect.

It couldn't have unfolded much better considering Phillips' future was uncertain going into his senior year at Cleveland Hill High. He was throwing in the 83-84 mph range and considered starting his college career Niagara County Community College before finding another gear during a showcase camp at St. Bonaventure.

Bonnies coach Larry Sudbrook viewed him as a pitcher and outfielder, figuring he was too tall to play second base. Phillips developed terrific hands and footwork as a smaller player and maintained the skills when he grew to 6-foot-3. He played second base for part of his freshman year.

He kept growing, literally and figuratively, adding another two inches to his frame and developing into a complete player. In his first season with the Bonnies, there were weekends during which he played second base on Friday, outfield on Saturday and pitched on Sunday. All that mattered to him is that he played.

Phillips pounded the strike zone as a teenager, but he wasn't overpowering. Once he grew into his body, velocity followed. He touched 90 mph as a sophomore. He hit the weights, grew to 6-foot-5 and 215 pounds as a junior and was consistently throwing 92-94 last season while maintaining a good curveball, slider and changeup.

He had a 9-2 record with a 3.04 earned-run average with 90 strikeouts and 45 walks in 100 1/3 innings last season. Opposing hitters batted only .214. He was named the Atlantic 10 Pitcher of the Year and was first-team all-conference.

Folks, that's how you get drafted.

In recent months, when he started dominating in the A-10, professional scouts started showing up at games. His stock climbed from a middle-rounds prospect into the top 10 rounds. He seemed unaffected, barely acknowledged the possibility of pro ball even when talking to his parents.

Phillips would have been happy to be with any organization, but he was particularly thrilled the Giants selected him. San Francisco built a reputation for developing prospects through a step-by-step process that Phillips had embraced since he first picked up a bat. He's getting an opportunity.

What about the money?

Phillips is slotted for a $140,000 signing bonus based on his draft position, but he's not spending a penny. The money will be locked up as a backup plan if professional ball doesn't work out. His parents still expect to support him as they did when he was in college. He'll earn a small salary while developing at the professional level.

After he signs his contract, Phillips will report to the Giants' training complex in Scottsdale, Ariz. He envisions the Giants' developmental facility as the next step after St. Bonaventure, one of many along the way. You might say he's playing beginner baseball for big boys. The purity in his passion remains intact.

"He's going to live poor," Kristin Phillips said. "That signing bonus doesn't even exist, as far as we're concerned, and this whole thing has nothing to do with money. It's all about his dream. They cracked open that door for him. He says it's like starting his first year of T-ball, and that's exactly what it is."

And that's exactly what made Tuesday, when he joined his family to celebrate the draft and support Cameron, so wonderful. The Little League diamond was a reminder of where it all began, where he took the first step. When he arrived, his brothers, Tyler, 17, and Zachary, 11, rushed to hug him. His parents waited off to the side.

Together, they fantasized about the future and watched a baseball game.

There was no place better, indeed.