Donald M. Sinclair, a plumber accused of inflicting a traumatic brain injury in beating up a Niagara Falls man last year, was jailed Wednesday after a revised indictment charged him with first-degree manslaughter.

Sinclair, 38, of Ransomville, pleaded not guilty to the new charge.

Sinclair was charged with the Aug. 30 beating of Cameron M. Weingartner, 44, a father of four who died May 26 in Erie County Medical Center after a nine-month hospitalization. 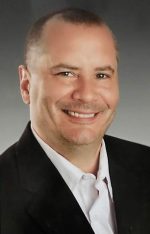 Niagara Falls police said Weingartner suffered a head injury in the attack on his front porch at the corner of 69th Street and Edison Avenue. Weingartner was flown to ECMC by Mercy Flight right after the attack.

Last month, his sister, Jodi Bass, told The Buffalo News that Weingartner was nonresponsive during his nine months in the hospital.

"There was a point where he occasionally would open up his eyes," Bass said. "But for the most part he's had no response since his injuries."

Niagara County Assistant District Attorney Doreen M. Hoffmann said no weapons were used in the assault. She declined comment on a possible motivation for the attack.

Kloch scheduled a pretrial conference in the case for Aug. 18, with a tentative trial date of Nov. 13.