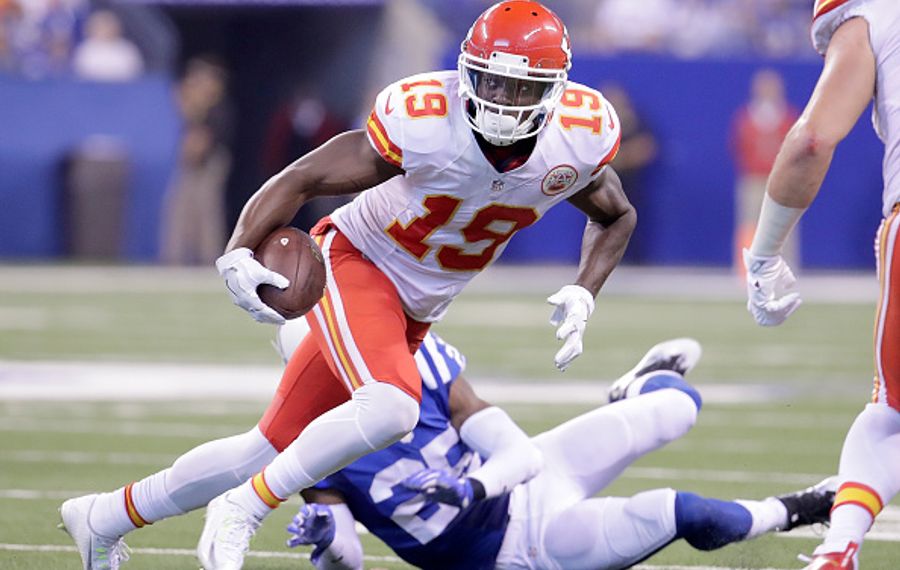 So much for LeSean McCoy's recruiting prowess.

Despite the running back's best efforts to convince his friend and former Philadelphia Eagles teammate to join him on the Buffalo Bills, Maclin decided Monday to become a member of the Baltimore Ravens, ESPN's Adam Schefter reported.

Schefter reported that the wide receiver, who was recently released by the Kansas City Chiefs, signed a two-year deal with the Ravens.

Ravens and WR Jeremy Maclin agree to a two-year deal, per source.

Maclin visited the Bills last Tuesday and Wednesday. McCoy chronicled the visit with videos posted to his Instagram account, in which he boasted about his recruiting ability and trumped up Maclin's impact on Buffalo.

But Maclin, who was with the Eagles and Bills coach Sean McDermott was an assistant in Philadelphia, left without a contract and visited the Ravens last Thursday.

ESPN's Josina Anderson reported that Maclin's choices actually came down to the Ravens and Eagles, and not the Bills.