As a newcomer to gardening in the 1980s I learned to identify and grow all kinds of perennials and vegetables. Yet while driving the roads of Western New York I did not know what I was seeing: “What are those flowering trees and shrubs in people’s yards and on village streets? What are the wildflowers stretching across the fields?”

Later as a certified nursery and landscape professional working in a garden center I learned about many woody plants, but not always the ones along the roads.

For people in that situation – wondering “What is that?”– I drove around the area last weekend, trying to see with new eyes. These are some of the plants you may be seeing and wondering about.

These have never had a better spring, thanks to abundant moisture and extended cool temperatures. Flowers beyond all expectations – wow!

This genus includes azaleas, which usually have smaller leaves than other rhododendron types. Most rhodies that you buy are cultivars; most grow taller than 7 feet. The most common flower colors are shades of purple or magenta (those huge balls of color you’re seeing this week) but some lovely yellows, whites and pinks may be found.

They are ericaceous plants: They require acidic soil. That’s the reason they frequently fail, especially in the northern half of the Western New York region, which typically has very alkaline (high pH) soil. Many rhododendrons in your garden center have finished flowering, but it’s a good time to plant them. Just check soil acidity and use soil acidifying products. 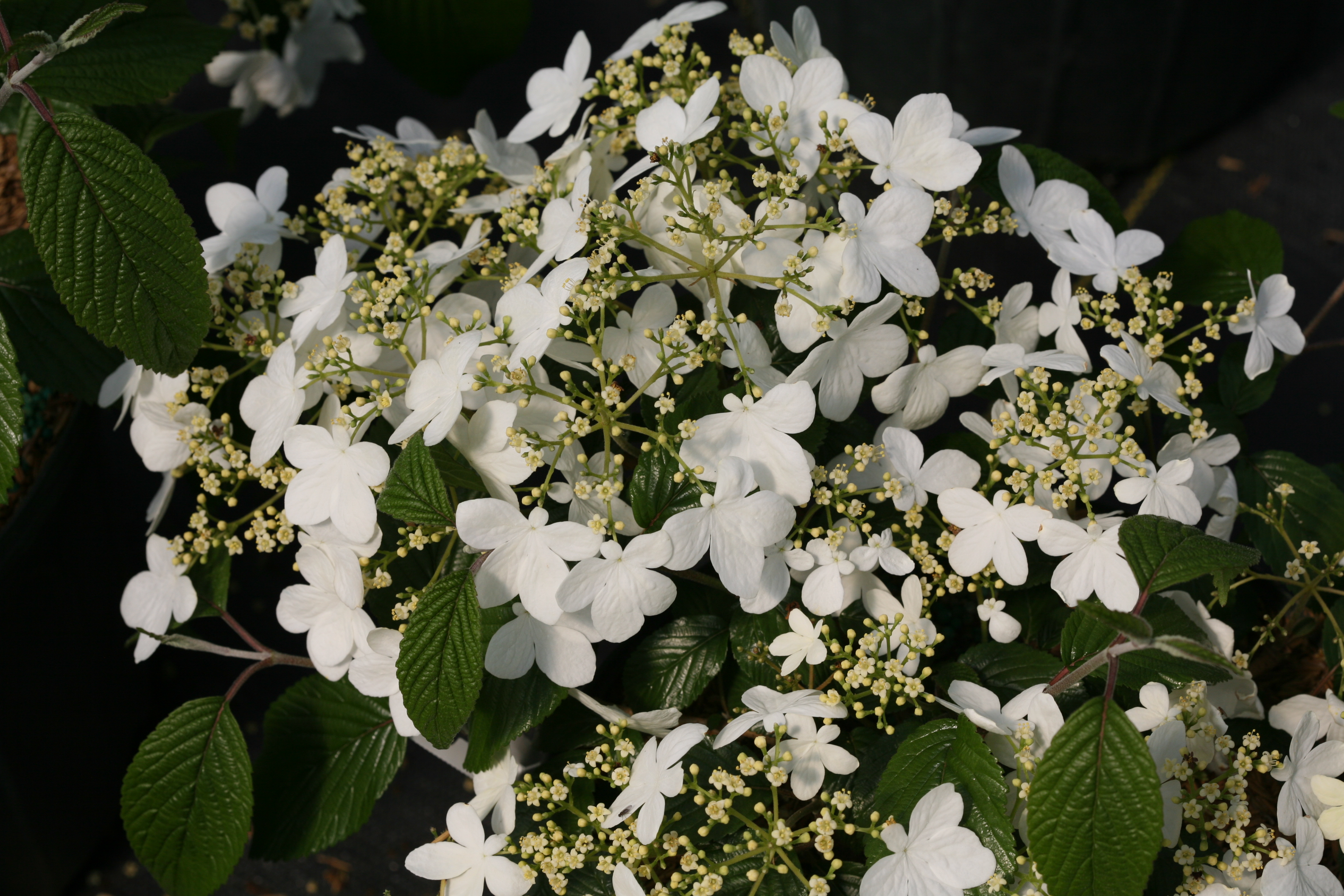 Snowballs and other viburnums

Viburnum opulus is the species commonly called “snowball bush.” They are blooming now with round, white flowers. (Some people confuse them with some tall hydrangeas, but they bloom later in summer.)

While you may be seeing lots of viburnums flowering this month (usually with white, flat flowers), the other most dramatic sighting is probably doublefile viburnum (Viburnum plicatum tomentosum). It’s characterized by large white flowers that lay on top of nearly horizontal branches, as if they are covered by snow. Doublefiles usually grow taller than 12 feet.

For multiple seasons of beauty – flowers, usually berries, and fall colors – all of us should grow viburnums somewhere, both native and non-native.

The genus Spirea has eight to 100 species, but here’s what you usually encounter: In garden centers and nurseries you’ll see small roundish shrubs, often clipped tightly, with hundreds of tiny flowers and small leaves. Some of the cultivars have gold or multi-toned leaves. Those are spirea cultivars.

This season an entirely different spirea has demanded a lot of attention. It’s a grand old-time favorite called bridal veil spirea (also bridal wreath spirea; proper name Spiraea prunifolia. It is usually 4- to 6-feet tall with gracefully draping branches that are covered with white flowers in May. It does need lots of sun to flower well, and be sure you don’t cut off the buds by pruning in spring. When you do prune (later this month) don’t prune these spireas tightly – just take off damaged branches.

I’ve been asked to identify this plant several times this month, and garden center customers tend to walk straight toward it.

The attraction is the pink-white new leaves that turn dappled green-white as they mature. Like all willows, this Japanese dappled willow is a great plant for extremely wet parts of the yard.

While many of the tags and online guides label it as 3- to 6-feet high, that would only be true if you actively prune it every year. Doing so keeps it small, and the new growth is most colorful, but do you want another big pruning job?

I have enjoyed one near a ditch out back, where it has grown untended to a graceful, sprawling 14-by-14 feet.

Similarly, a blue-leaved willow, Salix purpurea thrives in wet locations and adds grace and texture to a landscape. It grows quickly to 10 feet tall or more – even if the adjective "nana" (meaning small) is attached.

Many fields and unweeded gardens around this part of the state are awash with lilac flowers about 2 or 3 feet tall. Many people call them phlox, but they are not. The common name is dame’s rocket (or dame’s violet).

As sweet as it looks, it is an invasive and undesirable plant that can displace native wildflowers. In my yard I honestly enjoy them on the edges of the yard but then pull them out before they seed themselves further. 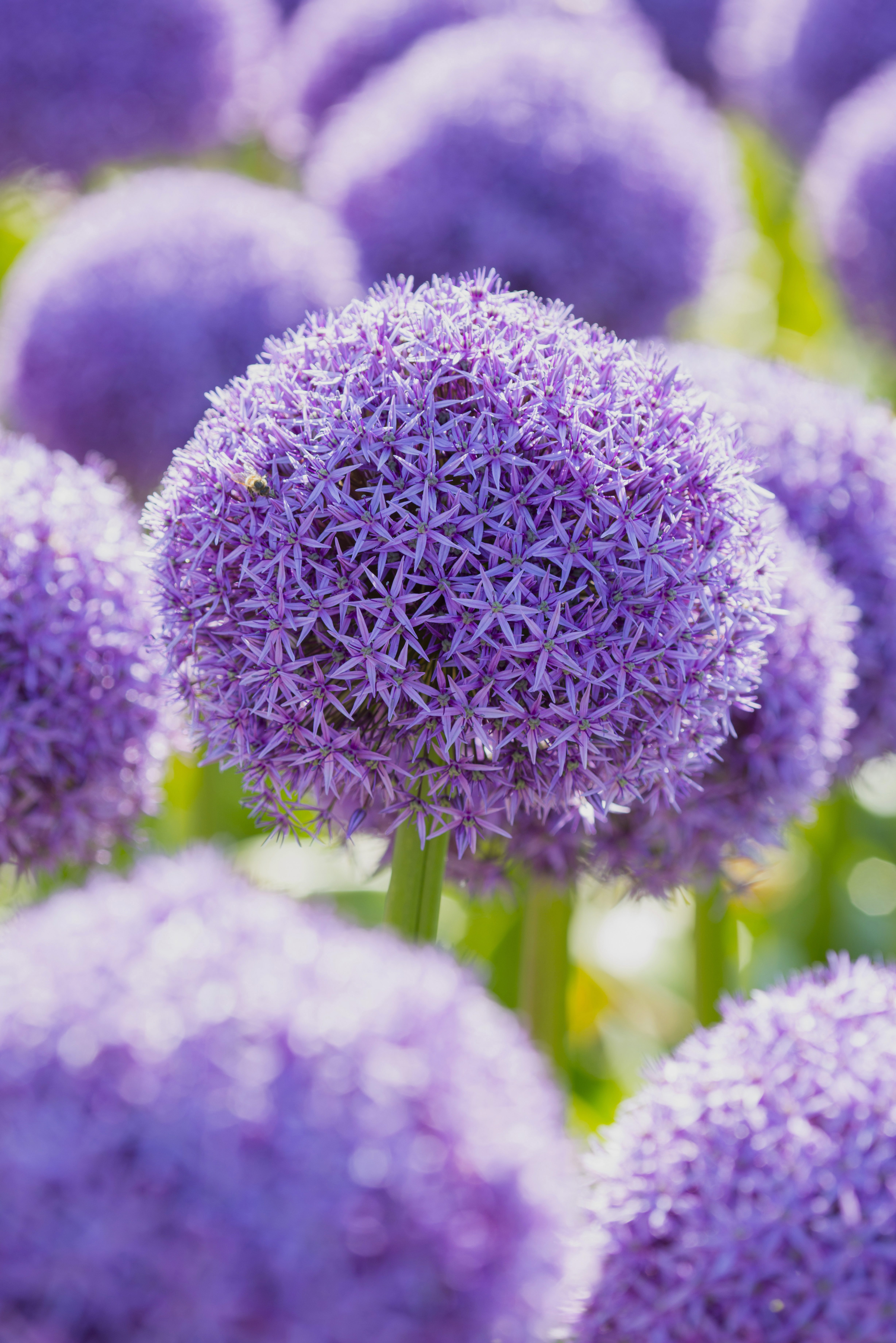 People want them when they see the large purple globes (2- to 5-inches wide) rising above a spring flower bed. Garden centers sell them in pots, ready to bloom. In September you can also buy them as bulbs to plant in fall, with a variety of heights and bloom sizes and shapes.

My alliums have been spectacular this season, but I have to admit this: I will be pulling out and discarding lots of them (and I will smell quite garlicky for a while). They spread vigorously and have crowded out several other plants.

My advice is to plant them where you will welcome the spreading, as they are indeed eye-catching.

After all that driving around looking at the trees and flowers in the field, there is one other place to look and observe: your garden center. Western New York nurseries and garden centers are filled with perennials that have been pushed to look their best right now, in prime-time plant shopping season.

Remember to choose some plants for late summer beauty, even if they aren’t very attention-getting now. And make sure you take home some native plants while you’re choosing.

I hope this week you find this quote from Minnie Aumonier to be true: “When the world wearies and society ceases to satisfy, there is always the garden.”